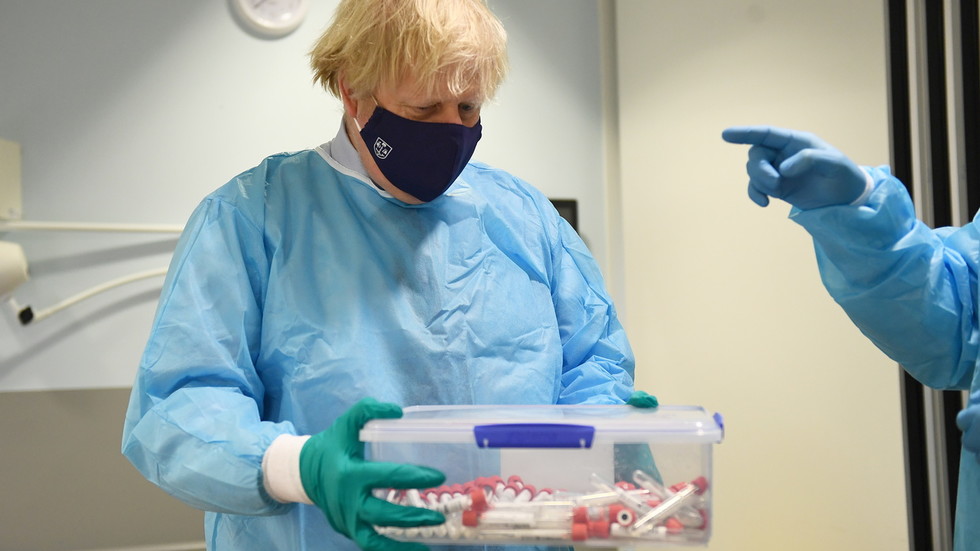 Boris Johnson offered to be injected with Covid-19 on live TV to show virus was nothing to fear, Dominic Cummings tells parliament

British Prime Minister Boris Johnson suggested intentionally infecting himself with coronavirus in order to demonstrate that the disease was not a serious threat to the public, his former top aide, Dominic Cummings, has claimed.

Speaking before a Commons committee on Wednesday as part of an inquest into the government’s handling of the pandemic, Cummings said that senior officials were concerned about Johnson’s cavalier attitude in the early stages of the crisis.

The prime minister allegedly thought in February last year that the virus was a “scare story” and compared it to swine flu. As a way of reassuring the public, Johnson purportedly asked Chief Medical Officer Chris Whitty to inject him with the virus “live on TV” so that “everyone realises it’s nothing to be frightened of,” Cummings told lawmakers.

The former aide said that, as a result, officials inside Number 10 believed that Johnson would not have been a constructive participant of the government’s emergency “Cobra” meetings had he chaired them.

Johnson’s inner circle has pushed back against the claim. Transport Secretary Grant Shapps said in an interview that he had “never” heard Johson say that he wanted to be injected with the virus on live television.

Meanwhile, Labour leader Keir Starmer confronted Johnson during PMQs about Cummings’ claims, asking the prime minister if he would apologise for being “complacent” by downplaying the threat posed by Covid-19. Johnson responded by saying it was unfair to accuse the government of complacency and that it carried out its job while Labour “flip-flopped.”

Although the voluntary infection never occurred, the prime minister was diagnosed with Covid-19 in late March 2020, prompting him to quarantine in his residence. However, his condition worsened and in early April he was hospitalised and placed in intensive care.

While addressing parliament, Cummings also apologised to families who have lost loved ones during the pandemic, and said that senior ministers and officials “fell disastrously short” in their efforts to rein in the virus.