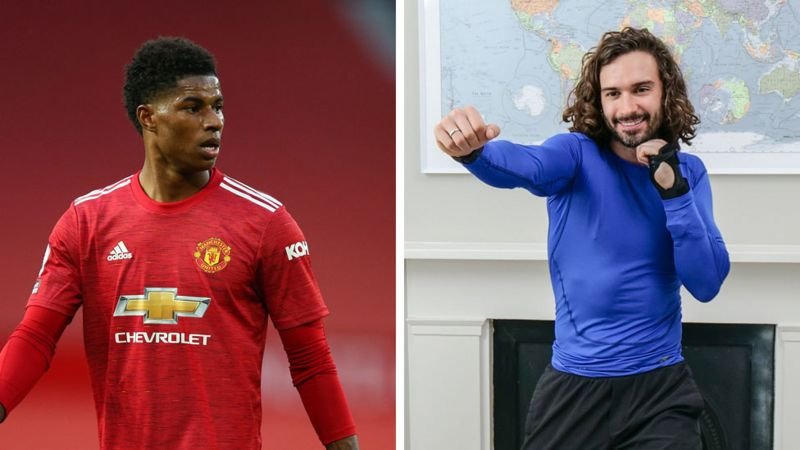 Front-line workers and volunteers who contributed to the response to Covid-19 dominate the Queen's Birthday Honours.

Footballer Marcus Rashford and fitness coach Joe Wicks are also recognised for their efforts during the pandemic, becoming MBEs on the delayed list.

TV chef Mary Berry and actress Maureen Lipman are made dames, while actor David Suchet and veteran entertainer Tommy Steele are both knighted.

The list is usually published in June, when the Queen celebrates her official birthday, but it was postponed so that individuals who played crucial roles in the first months of the coronavirus outbreak could be added.

Prime Minister Boris Johnson said the recipients of this year's honours were "a testament to the sort of country we are - caring, compassionate and resolute in the face of a global pandemic".

"The hard work and dedication of these local, often unsung heroes has helped carry us through," he added.

England player Rashford, whose award came for services to vulnerable children in the UK during the coronavirus epidemic said becoming an MBE sounded "a little bit strange but obviously I feel honoured".

The 22-year-old Manchester United forward successfully campaigned to extend free school meals over the summer after pressing the government into a U-turn on the issue.

"Hopefully it inspires more people to do good things," Rashford said. "It's a nice moment for me personally but I feel like I'm still at the beginning of the journey that I set out to try to achieve."

Wicks, also known as The Body Coach, became the UK's PE teacher during the national lockdown by running free online classes every weekday for children and parents to keep fit.

"If you met me as a little boy you'd have thought 'he's not going to go anywhere, he's not going to do anything great', he said. "But I've turned it around and I really am proud I've become this person who's helping people."

He received an MBE for his home workouts, along with Mr Motivator - real name Derrick Evans - who rose to fame in the 1990s on GMTV and returned to the nation's TVs with his exercise classes.

However, it is the "unsung heroes" of the pandemic, such as NHS and social care staff, fundraisers, shop workers, and drivers - of public transport and deliveries, which make up the majority of the 414 names who have been awarded for their "exceptional contributions" during the outbreak.

'For the nurses who died'

Felicia Kwaku, from Islington, north London, who has been a nurse for 30 years, is among the health and social care workers which make up 14% of the total 1,495 recipients on the list.

The 52-year-old, who is associate director of nursing at Kings College NHS Foundation Trust, championed the cause of nurses from a Black, Asian and Minority Ethnic (BAME) background, who were being disproportionately affected by the virus.

She said it was an "absolute honour" to be made an OBE for services to nursing, adding that it wasn't just for her but also the "nurses I work with and the ones who lost their lives". 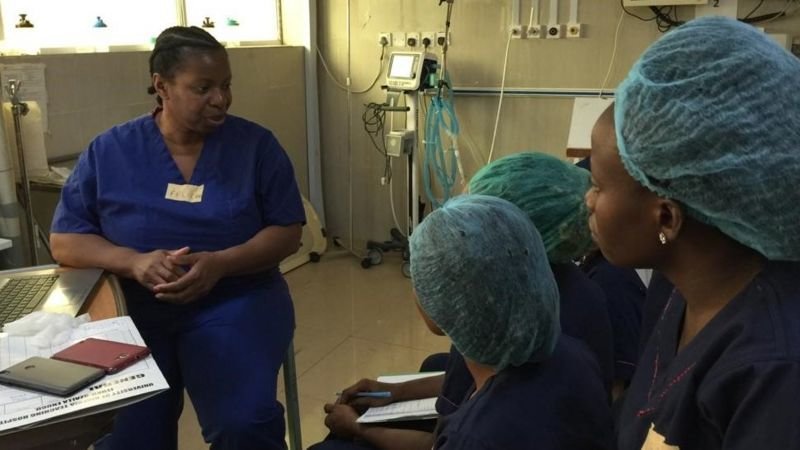 Felicia Kwaku was awarded an OBE for services to nursing

Fundraisers are also celebrated after millions of pounds were raised for charity during the crisis.

Dabirul Islam Choudhury, from Bow, east London, said he was "proud" after becoming an OBE for raising more than £420,000 for coronavirus relief and said he "thanked everybody from the bottom of my heart".

Mr Choudhury, who turns 101 in January, said he was inspired by another 100-year-old, Captain Sir Tom Moore, to walk almost 1,000 laps of his garden while fasting for Ramadan. 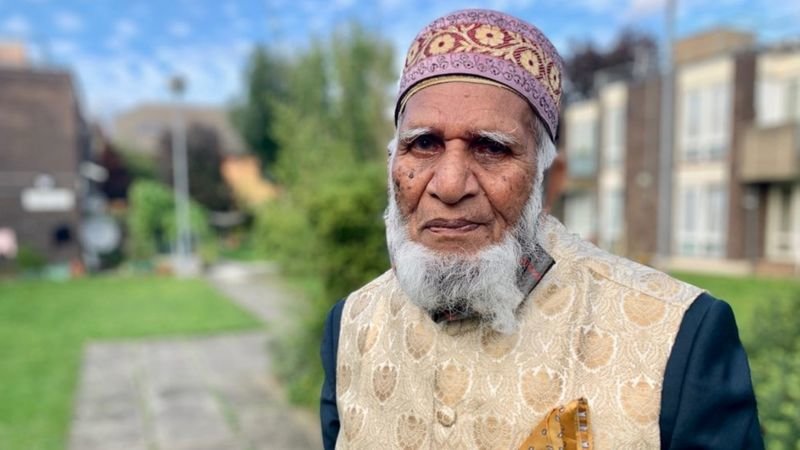 Dabirul Islam Choudhury, 100, was made an OBE for his fundraising efforts 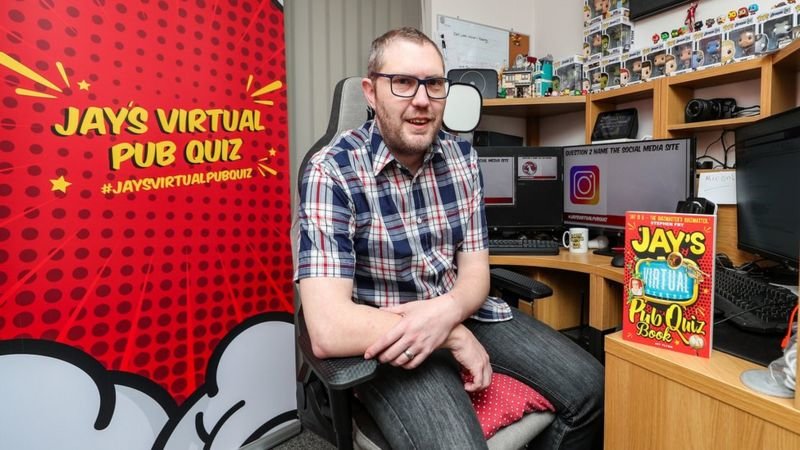 Jay Flynn, whose weekly online quizzes became a lockdown phenomenon, gets an MBE

Online quizzes became a feature of lockdown for many but for Jay Flynn, 38, from Darwen, Lancashire, his virtual pub quiz has seen him awarded an MBE for charitable service.

The former pub landlord's quiz went viral with more than 180,000 people playing along at its peak - from as far afield as New Zealand and the US - and he raised more than £750,000 through donations.

The huge voluntary effort across the country has also been reflected, with 72% of recipients awarded for their work in the community, including those who supplied free meals to those who were shielding, volunteering to help those at risk, and delivering care packages to NHS frontline workers.

Glasgow restaurant owner David Maguire, 62, who gave out free meals to NHS workers and vulnerable people, said it was a team effort but he was "really pleased" to have been made an MBE.

The Cabinet Office said this year's list was the first to have 11% of recipients under 30, with 16-year-old Theodore Wride the youngest. He is awarded the BEM for service to his community in Sunderland during the pandemic.

Several experts working in the science, health and pharmaceutical field have also been recognised for their efforts during the pandemic, including Tim Spector, professor of genetic epidemiology at King's College London, who leads the Covid Symptom Study app. He is made an OBE.

Meanwhile, six of the UK government's scientific advisers - who sit on the Scientific Advisory Group for Emergencies (Sage) - have also been recognised.

Former Great British Bake Off judge Mary Berry, who was made a CBE in 2012 and has written more than 70 cookbooks, said becoming a dame was "really the icing on the cake".

She added: "When I was first told that I was going to be a dame you don't really believe it - then it's so exciting, and you feel very proud. It's such a huge honour." 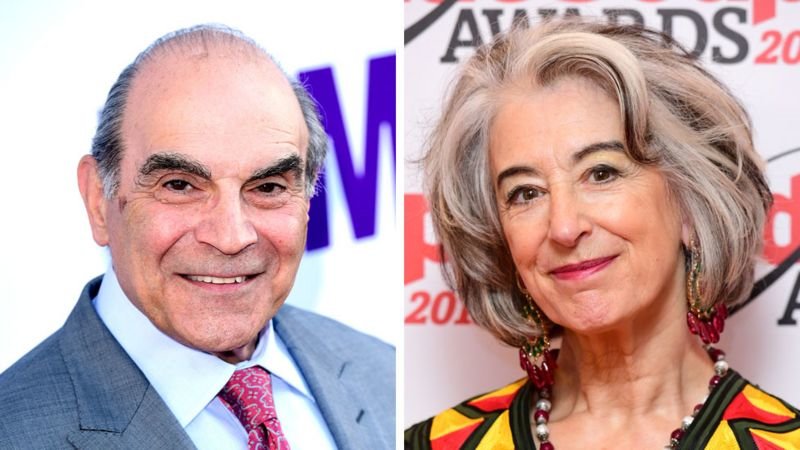 Meanwhile, another national treasure, Sir David Attenborough, who was knighted in 1985, has been given an upgrade - receiving a Knight Grand Cross in the diplomatic list announced by the Foreign Office.

The award, for service in a foreign country, is awarded for the 94-year-old's contribution to broadcasting and conservation.

Two actors whose careers have spanned more than 50 years are both recognised. Coronation Street star Maureen Lipman, 74, gets a damehood, while David Suchet, best known for playing Hercule Poirot in the long-running Agatha Christie detective series, has received a knighthood.

Also among the new knights is veteran entertainer Tommy Steele, 83, dubbed Britain's "first rock and roll star", who earned his first number one in 1957 with Singing the Blues. 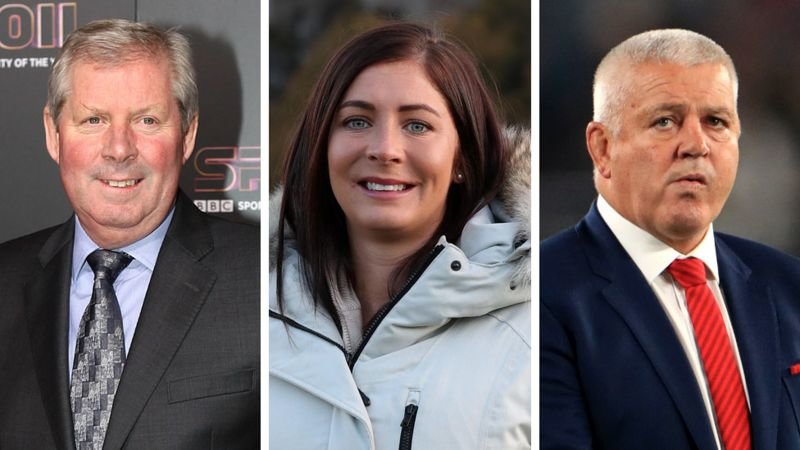 Brendan Foster, Eve Muirhead and Warren Gatland have been recognised from the world of sport

Former BBC athletics commentator and long-distance runner Brendan Foster, 72, who founded the Great North Run, has been knighted for services to international and national sport and culture in the north east of England.

Three Wales rugby union legends are also among the sports figures to be celebrated, with former head coach Warren Gatland, who led his team to a World Cup semi-final last year, becoming a CBE.

Getting the same honour is former player Gareth Thomas, while Wales' most capped player, Alun Wyn Jones, is made an OBE.

Jones said: "I was initially reluctant to receive such an award in these trying times when there are so many people doing so much good for the community and are more worthy, but I see this as an acknowledgement to all the people who have helped me throughout my career."

The creator of Grange Hill, Brookside and Hollyoaks, Phil Redmond, has been knighted for services to broadcasting and arts in the regions, while writer and director Sally Wainwright, who has been behind some of biggest television dramas in recent years, including Gentleman Jack, is made OBE.

Other familiar faces from the small screen to get recognised include physicist Prof Brian Cox, who becomes a CBE, along with TV presenter Lorraine Kelly, 60, who has been working in broadcasting for more than 30 years. 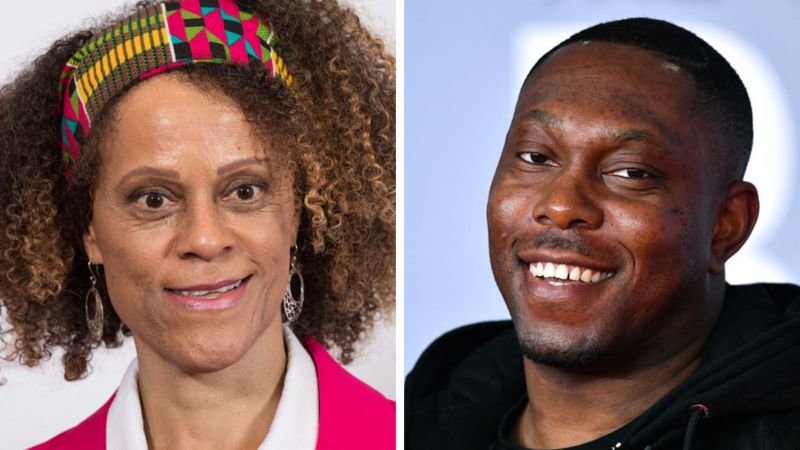 Authors who have been honoured include Booker Prize winner Bernardine Evaristo with an OBE, and Susan Hill - best known for The Woman in Black - who is made a dame.

The honours list is being hailed as the most diverse ever.

There are MBEs for rapper Dizzee Rascal and singer Mica Paris, who has recently joined the cast of Eastenders, while singer-songwriter Joan Armatrading and actor Adrian Lester are made CBEs.

From the world of fashion, British designer Sir Paul Smith, who was knighted in 2000, is getting an upgrade after being appointed to the prestigious Order of the Companions of Honour.

The honour is restricted to a maximum of 65 members and already includes the likes of Sir Elton John, JK Rowling and Sir Paul McCartney.

*  Companion of Honour - Limited to 65 people. Recipients wear the initials CH after their name


*  CBE - Commander of the Order of the British Empire


*  OBE - Officer of the Order of the British Empire


*  MBE - Member of the Order of the British Empire