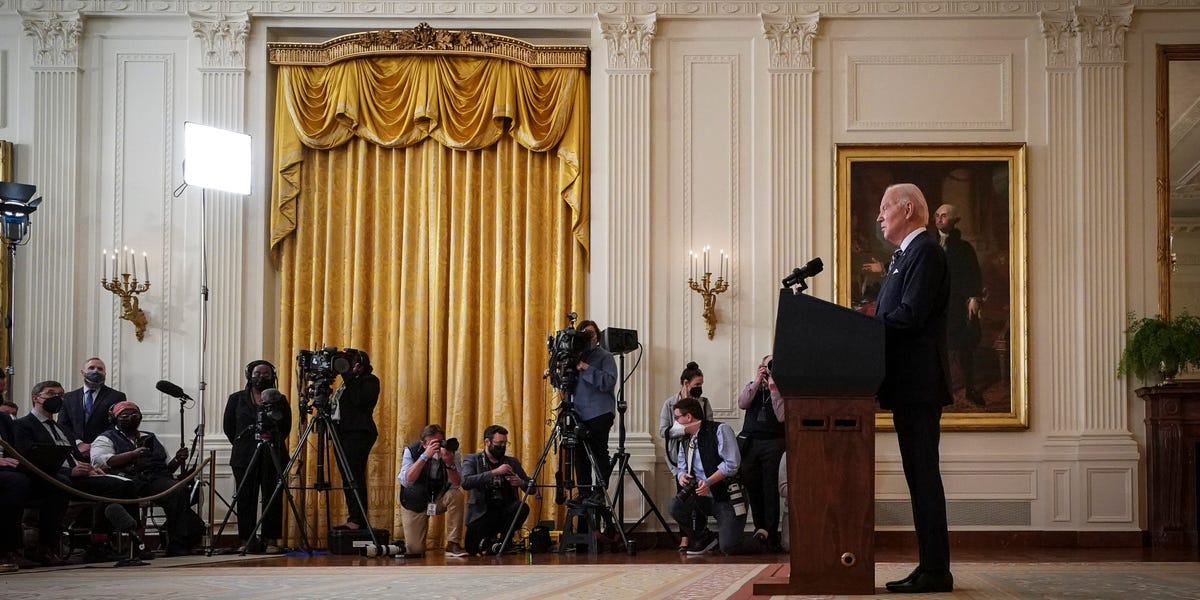 Biden White House preparing for onslaught of investigations if Republicans seize control of Congress in 2023: report

The GOP has pledged to investigate the business affairs of Hunter Biden, along with the military withdrawal from Afghanistan and Dr. Anthony Fauci.

The White House is readying itself for a slew of Republican-led congressional probes next year, beefing up its staff and reorienting itself to fight back against a determined opposition in the event that the GOP retakes one or both chambers of Congress after the midterm elections, according to The Washington Post.

Per individuals with knowledge of the efforts, senior White House officials are mapping out how departments — including the counsel's office – would be modified in order to handle the barrage of inquiries that would surely accompany Republicans holding committee gavels.

Since last year, Republicans have pledged to investigate the business affairs of Hunter Biden — the son of President Joe Biden — along with the military withdrawal from Afghanistan and Dr. Anthony Fauci, the nation's top expert on infectious diseases. Conservative Rep. Jim Jordan of Ohio has repeatedly clashed with Fauci during congressional hearings and has called for a probe of the origins of COVID-19.

John Podesta — who served as White House chief of staff to President Bill Clinton from 1998 to 2001 and was a counselor to President Barack Obama from 2014 to 2015 — told The Post that a change in control of Congress would result in efforts to chip away at the administration.

"If one or both houses flip control, if the past is any indication, they will be faced with a slew of inquiries, much of which will be aimed at trying to do political damage to the president," he told the newspaper.

According to individuals with knowledge of the situation who spoke with The Post, Dunn is set to be involved in the administration's response to potential Republican investigations — but she will not be exclusively dealing with such affairs. The details of Dunn's return to 1600 Pennsylvania Avenue are still being worked out, per the individuals.

Ian Sams — the deputy assistant secretary for public affairs for the Department of Health and Human Services' COVID-19 communications outfit — is also reportedly being brought on to bolster the administration's response team. Per the report, Sams will have a communications position in the counsel's office, where he will be tasked with answering congressional probes.

Insider reached out to the White House for comment.

White House aides told The Post that their efforts to bolster the administration's response strategy were crucial, given that Democrats and Republicans maintain a 50-50 split in the Senate, with the party enjoying a majority by virtue of Vice President Kamala Harris' tiebreaking vote. The Democratic-led House is currently split 221-209, with five vacancies — 218 seats are needed to control the chamber.

Per the report, Biden officials stated that the counsel's office had been set up to face GOP probes all along, given that Democrats did not secure control of the Senate until the dual Georgia runoff elections in January 2021, well after the administration had already begun its transition efforts.

When the opposing party takes control of Congress with a sitting president from a different party, clashes are bound to ensue.

Such a dynamic would not be off-course in 2023, as Republicans — encouraged by former President Donald Trump — are angling to win back the White House in 2024 and would almost certainly make heavy use of their subpoena power to examine conservative-driven issues that have largely been dismissed by Democrats.

Republicans for years have pledged to investigate Hunter Biden's business dealings, with the president expressly stating that his son has done nothing wrong while at the same time staying out of an ongoing Department of Justice probe.
#donald trump  #afghanistan  #joe biden  #covid 19  #covid
Add Comment