Footballer Benjamin Mendy was a "predatory serial rapist" who lured young women into "toxic and dangerous" situations, a jury has been told.

The 28-year-old and his friend Louis Saha Matturie, 41, have been accused of raping women at the player's home in Prestbury, Cheshire, and at a Manchester flat.

The pair both deny all charges.

However, Eleanor Laws KC, defending the Manchester City player, said having "regret" at having "quick, animalistic sex" was not the same as being raped.

During the three-month trial, the jury has heard a flat Mr Mendy rented in Manchester city centre, and his home in the Cheshire countryside were used for "after-parties", which had included gatherings in breach of Covid-19 lockdown regulations.

It has been alleged by the prosecution that Mr Mendy and Mr Matturie, who has been described as the footballer's "fixer", raped a number of women at the properties.

Delivering his closing speech, Mr Cray told the jury the pair assumed young women at their parties were "good for sex" and "never heard the word no".

He said they invited young women they met in nightclubs to the parties, but those who went were walking into "toxic and dangerous" situations.

"The defendants had the knowledge, the control and the ever-changing cast of young women that gave them the opportunity to abuse that knowledge and power, the defendants' control of these toxic situations," he said.

He added that the gatherings "weren't really parties". 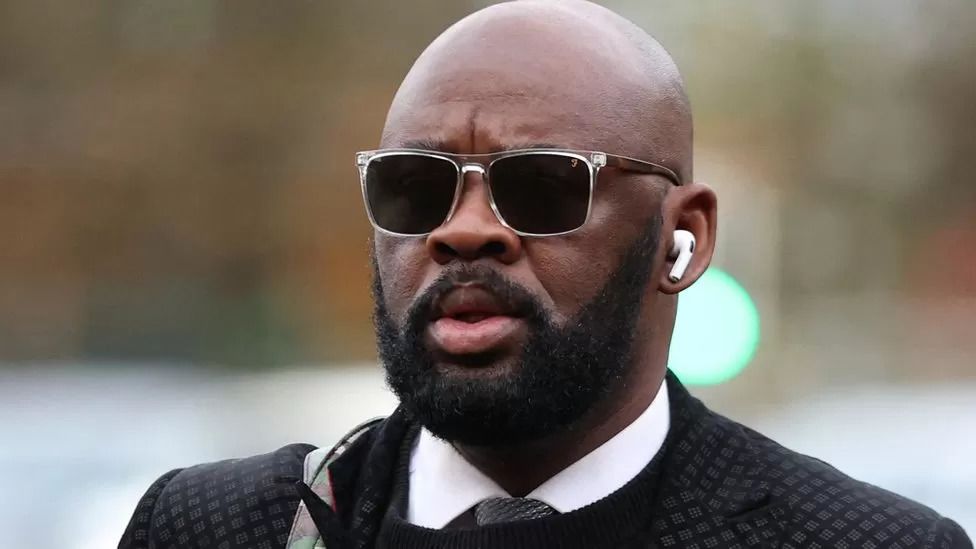 Ms Laws highlighted one allegation, which jurors were subsequently directed to find both men not guilty of

The jury has heard from a number of character witnesses, including Manchester City manager Pep Guardiola, who had praised Mr Mendy.

However, Mr Cray said for all the good side of the footballer's character, "there's this dangerous streak which makes him a predatory serial rapist".

"We all know that celebrity is absolutely no guarantee of true good character, is it?" he said.

"In fact, celebrity in general is really good cover for people to hide the dark side of your life and get away with it.

"Jimmy Savile fooled the whole nation with his celebrity."

However, Ms Laws, giving her own closing speech, said that in each accusation Mr Mendy faced, it was "one word against another" and added that in some way or another, all the complainants were connected to one another.

She highlighted the case of a 19-year-old woman, who had told jurors that both men had raped her.

During her evidence, mobile phone video emerged of her having "enthusiastic" sex with Mr Matturie on an occasion she claimed she was being raped.

Jurors were subsequently directed to find both men not guilty of those charges.

"Without that video, you would be considering that evidence, but Mr Mendy is a danger?" she said.

"You can't pretend it didn't happen and complainants like her are at the very heart of this case.

She added that some of the other complainants had not agreed to hand over their phones for police analysis, so the defence did not know if there were other videos, adding that having "regret" at having "quick, animalistic sex" was not the same as being raped.

"Every complainant is a victim, and if they don't know they are a victim they will be by the time police have second, third, fourth interviews with them," she said.

Mr Mendy denies seven counts of rape, one count of attempted rape and one count of sexual assault against six young women.

The trial was adjourned until Friday.