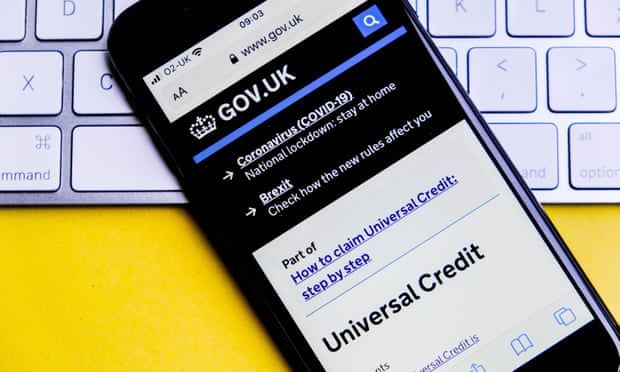 The £20-a-week cut to universal credit in October will leave out-of-work families with children barely half the income needed to achieve a socially-acceptable basic standard of living, according to new research.

Many working families will also struggle to reach minimum income standards, it found, with a single parent in full-time work on the national living wage left £46 short each week – growing to £66 when the £20 universal credit uplift is removed.

Millions of UK families are living on incomes below what a cross-section of the public agreed was needed to live a basic decent life, taking into account a range of costs including food, clothes, technology, leisure and transport, the research found

The impact of cutting universal credit on ordinary families’ living standards will increase pressure on ministers to reconsider their autumn plans to remove the £20 uplift, originally introduced as a temporary Covid measure in April 2020. There is widespread opposition to the cut, including on the government’s backbenches.

“It would be a terrible mistake for ministers to … weaken universal credit further by going ahead with the planned £20-a-week cut this October, leaving millions of families unable to meet their needs,” said Iain Porter, a policy manager at the anti-poverty charity the Joseph Rowntree Foundation (JRF), which commissioned the research.

The annual minimum income standard, developed for the JRF by Loughborough University’s Centre for Research in Social Policy, tracks changing public notions of what a no-frills existence is, identifies what it costs, and measures how close to that benchmark different-sized households found themselves.

First undertaken in 2008, the research has found that, for example, a personal computer and internet access became seen as vital necessities for families rather than a luxury. A second-hand car became a basic must-have for families with children as public transport declined in many parts of the country.

Many families also face increasing living costs. A family with children saw living costs rise by 2.5% between 2020 and 2021, excluding rent and childcare. Childcare costs went up by 3-4% and council tax by an average of 4%. Excluding the £20 uplift, social security rates rose by just 0.5% this year.

Abigail Davis, one of the report’s authors, said: “As Covid constraints lift for many, it’s worth bearing in mind that for a lot of households the restrictions of not being able to go out, take kids to after-school activities or go on a family holiday remain, because those are the things people go without when there isn’t enough to make ends meet. Taking money away from low-income households will make it even harder for them to meet this standard of living.”

A government spokesperson said: “The temporary universal credit uplift was brought in to support those with the lowest incomes during the pandemic. Now that restrictions are ending it is right that the government should focus its support – through our multi-billion-pound plan for jobs – to help people learn new skills to progress in their career, increase their hours or find new work.”
#covid
Add Comment