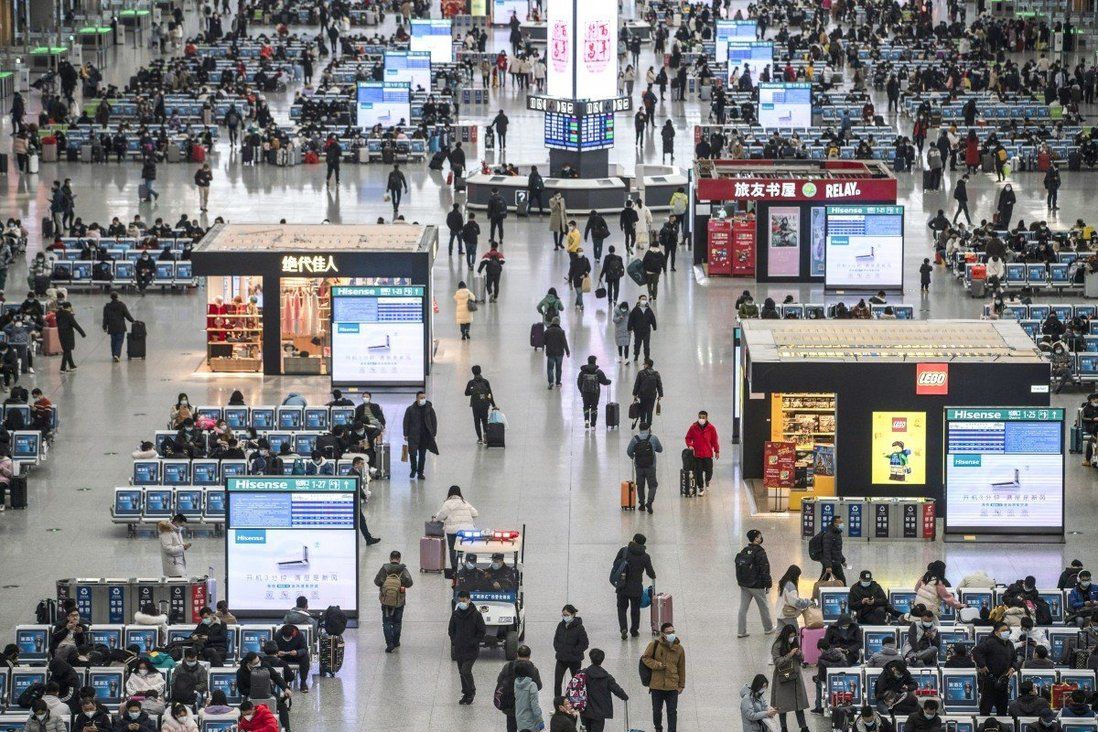 The authorities are keen to limit the numbers travelling, but some local officials have gone further than the central government.

A number of county and town-level government officials have introduced testing policies that go further than Beijing recommends or imposed mandatory quarantines on those returning home from other parts of the country.

The Chinese national health commission criticised those officials for “being lazy” and called on them to institute “accurate prevention and control” measures last week.

Normally, the world’s largest annual migration occurs during China’s Lunar New Year holiday period, during which hundreds of millions travel to their hometowns for family reunions.

Because this creates a high risk of spreading coronavirus the central government has asked people to stay where they are and local governments have been encouraged to offer incentives for remaining.

The State Council, China’s cabinet, has banned people in high-risk areas from travelling, and said those from medium-risk areas, often certain districts of a city, need permission to travel from the local epidemic prevention authorities and must take a test 72 hours before travelling.

Bar some workers whose jobs expose them to a higher risk of infection, others travelling from low-risk areas do not need a test.

However, when the travel policy is implemented at county, town or village level, local officials have added additional measures to minimise the risk of infection.

A number of towns require a negative nucleic acid for all travellers from outside the town. Some of them even ask for a 14-day mandatory quarantine on top of that. Such practices were common in provinces including Zhejiang and Heilongjiang, but most of these places cancelled the policies after being criticised by Beijing.

“It is of vital importance to accurately and scientifically prevent and control the pandemic. Imposing additional requirements on people travelling home is being lazy,” said Mi Feng, a spokesman for the national health commission at a press conference on Thursday.

“Some provinces have quickly adjusted their pandemic prevention and control policies during the Spring Festival travel period after the order of the State Council. Other provinces have gathered evidence from the public to investigate and deal with the phenomenon of adding additional travel requirements,” said Mi.

Last Sunday Mi had said “all localities should standardise the implementation of the pandemic prevention and control requirements during the Spring Festival travel rush” and warned they should not “arbitrarily add extra rules on the top of national policies”.

Beijing has instituted a series of measures to encourage people to celebrate the holiday where they live and work. For instance, there will be no charge for plane and railway tickets refunds during the Lunar New Year travel period and some city governments are granting subsidies of around 1,000 yuan (US$155) to people who do not return to their hometowns for the holiday.

The effort is working in large part. According to the Ministry of Transport, the national railways, highways, waterways and civil airlines carried a total of 18.9 million passengers on February 5, the ninth day of 40-day Spring Festival travel peak), down 76.2 per cent from the comparable period in 2020.

Efforts to control the latest coronavirus outbreak in northern China, the worst since March last year, also appear to be working.