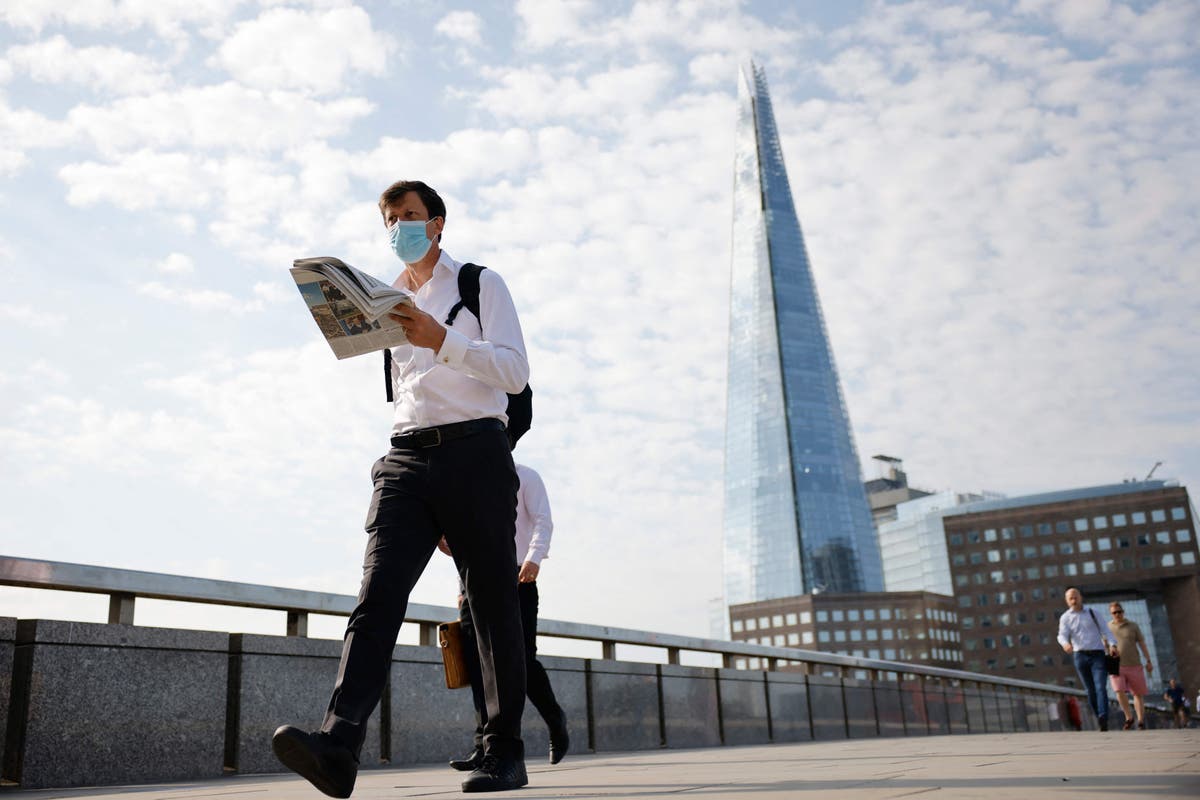 Older workers were on Tuesday encouraged to return to the workplace as they have an “obligation” to pass on their knowledge and skills to younger employees.

Skills minister Gillian Keegan also urged firms to use the summer to “ramp up” getting staff back into the office. She stressed that many young employees had missed out on key development experiences in their jobs because they have been working from home.

“Young people have not built all that social capital, have not worked out all of these things about the workplace,” she told Talk Radio.

“They can’t wait to go in, they are really desperate to go in. And of course, you can’t go in and just sit there on your own, you have to be there with people that you can learn from.”

Ms Keegan, 53, who started work as an apprentice at a subsidiary of General Motors aged 16 before working in the manufacturing, banking and IT industries, added: “All of us can still remember all the people we learned from all of our career and that is important for young people as well. We have that obligation to pass on our knowledge, our skills, our talents, to nurture people, to mentor people. That is still an important part and there is a limit to how much you can do that on screen.”

She firmly believes that flexible working will carry on after millions of people have worked from home during the Covid-19 pandemic.

“However, we have now said it is safe to go back to the office,” she added.

“But of course, businesses will decide — we’re not telling them what to do — they’ll decide between flexible working and how many people go back to the office, but we’re saying it’s safe.”

However, the Government is under growing pressure to get civil servants back into Whitehall as it encourages more employees to return to the workplace in the private sector. Ms Keegan estimated that about 20 to 25 per cent of staff at the Department for Education are in the office on any one day at the moment.

She told Times Radio: “I have been in the office four days a week since June last year, as have many of us you know, because obviously we have had to navigate these very difficult decisions during the pandemic. Many of the civil servants are also back now, more and more are coming back, and quite frankly they are all excited to come back. I think we have led by example.”

However, Ruth Duston of Primera Corporation, which runs nine central London Business Improvement Districts, said: “Government departments and civil servants returning to the office in greater numbers would support our aim to get workers back to the workplace. But more than that we need a clearer message from Government about flexible working. Simply leaving it up to businesses will lead to confusion... Workers will return to the office, albeit gradually, but we must avoid a free for all at all costs.”

* The nation could be “over the edge” of the third wave of Covid-19, said Jamie Jenkins, former head of health statistics at the Office for National Statistics. He told LBC: “[Cases] in England and Wales have been coming down since July 19 ... then you start seeing hospital admissions come down, and then you start seeing deaths come down. “I think looking at the data, we normally see deaths peaking around 14 days after cases come down, I think we might start being over the hill now when it comes to deaths.”Mr Jenkins added: “We probably are over the edge of the wave at the moment but let’s have a bit of caution as we go into the autumn period.”

* Confirmed Covid-19 cases continued to fall, with 2,719 announced for London yesterday. The number of coronavirus patients in the city’s hospitals has risen to 1,157 as of Monday, with 204 so ill that they are on ventilators.

* Clare Gardiner has left her job as director general of the Joint Biosecurity Centre, to return to her original department under what was said to be a move planned several months ago.

* Oxford University scientists are working on a coronavirus vaccine which can be delivered by a nasal spray.

* A total of 327 deaths registered in England and Wales in the week ending July 23 mentioned Covid-19 on the death certificate, according to the Office for National Statistics, up 50 per cent on the previous week. It is the highest total since 362 deaths in the week to April 16. A total of 155,133 deaths have now occurred in the UK where Covid-19 was mentioned on the death certificate.

Rishi Sunak has also stressed the benefits for young people to return to the office to develop their careers.

The Chancellor told how he still talked to mentors he learned from in the past.

“I doubt I would have had those strong relationships if I was doing my internship or my first bit of my career over [Microsoft] Teams and Zoom,” he said in an interview with LinkedIn News.

The current Government advice states: “Whilst the Government is no longer instructing people to work from home if they can, the Government would expect and recommend a gradual return over the summer.”

Many firms are expected to allow employees to continue working from home for some days, while returning to the office or other workplaces on others.