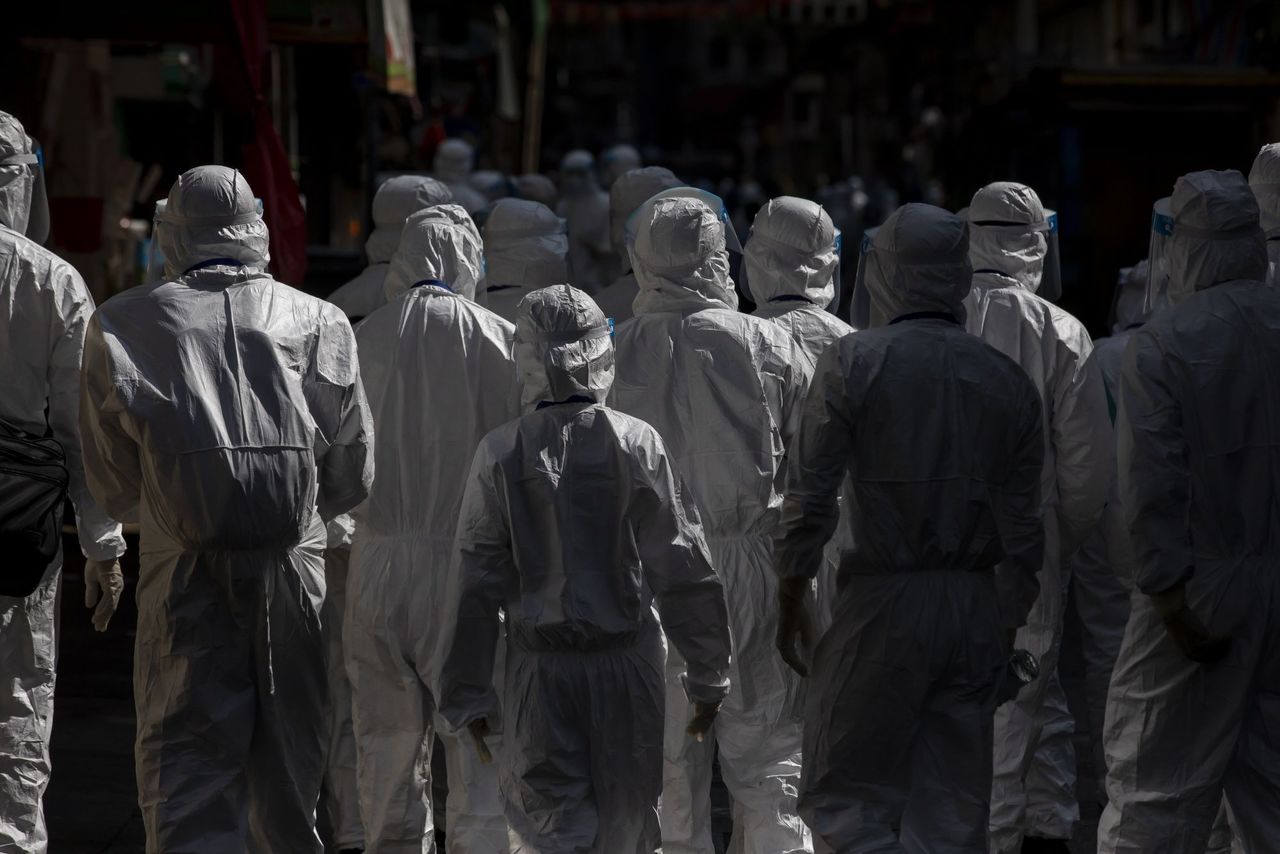 Hong Kong health officials quarantined 81 residents of a building in a densely populated neighborhood after a man who had traveled to the city from Dubai initially tested positive for a highly transmissible mutant strain of Covid-19 -- the first time the variant has been detected in the city.

Health authorities locked down the Parkes Building in the Jordan area of the Kowloon district to conduct mandatory testing and have ordered compulsory screening for those who have visited the building or come into contact with the patient, according to the government.

The asymptomatic 29-year-old man stayed with a friend in the building after serving the mandatory 21-day quarantine period at a hotel, during which time he tested negative for the virus a number of times. Authorities are trying to establish whether he contracted the virus in Dubai where he works, on the flight or in Hong Kong.

“This case is very worrisome,” Chuang Shuk-kwan, head of the communicable disease branch of the Hong Kong health department, said at a briefing on Saturday. “We can’t rule out the possibility that he contracted it from the community. We have never identified a local case with the variant.”

The preliminary test result from the confirmed case involved the N501Y mutant strain of the coronavirus, which is highly transmissible, she said. The building is “relatively old” and houses some sub-divided units, according to a government statement.

Asymptomatic residents in the 48 units on all 11 floors were transferred to quarantine centers, while those with symptoms were hospitalized, according to the statement. Authorities also ordered compulsory testing for anyone who had visited the building for more than two hours in the eight days since April 9.

Hong Kong reported 18 new confirmed cases on Saturday, eight of which were locally transmitted and the source of six of those was untraceable.

“Given the possible resurgence of cases, we need to be vigilant and we urge everyone to get vaccinated as soon as possible,” Ronald Lam, controller of the Centre for Health Protection, said at the briefing.

As of late Friday, the city had reported a total of 11,635 Covid-19 cases and 209 deaths. Hong Kong has administered more than 1 million doses of vaccine.
#covid 19  #vaccine  #covid  #coronavirus
Add Comment