Higher taxes “look to be here to stay” and will not return to pre-Covid levels for decades, leading economists have warned.

In a stark assessment of Jeremy Hunt’s chilling Autumn Statement which set out plans for £24billion of tax rises, the Institute for Fiscal Studies braced Britons for even more pain after the next general election.

“I would be most surprised if the tax burden gets back down to its long term pre-Covid average at any time in the coming decades,” IFS Director Paul Johnson said. “Higher taxes look to be here to stay.” 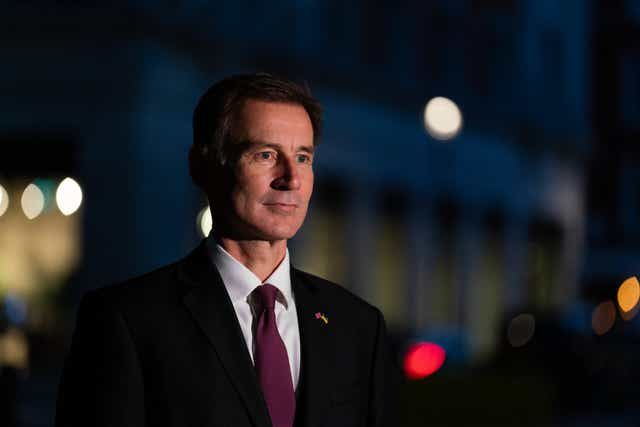 HM Treasury
He also stressed living standards are set to plunge to their lowest level in living memory . He added: “On some measures people may be an astonishing 30 per cent worse off than we might have expected had pre-financial crisis trends continued through to the mid-2020s.”

In a bid to plug a £55 billion gap in the public finances the Chancellors announced a “stealth tax” raid, freezing a wave of tax thresholds including on income tax, inheritance tax and National Insurance, which will raise billions in revenue for the Treasury in the coming years. Town halls were also given the go-ahead to increase council tax by up to five per cent, without a referendum.

The Energy Price Guarantee will be scaled back so the typical household bill will go up from £2,500 to £3,000 next April, with the windfall tax also being extended.

Whitehall spending will continue to rise by 3.7 per cent in 2023-24 and 2024-25, and then resource spending will go up by one per cent in real terms through to 2027-28, which is likely to mean cuts to unprotected departments.

To safeguard key public services, Mr Hunt announced an extra £3.3 billion in each year of 2023-24 and 2024-25 for the NHS. School budgets will get an additional £2.3 billion for each of these years. An extra £2.8 billion will be made available for adult social care in 2024-25. But with many of the tax changes and £30 billion worth of departmental spending cuts deferred until after the next election, due by January 2025, the IFS warned that economic conditions were set to get even tougher. “The truth is we just got a lot poorer,” Mr Johnson added. 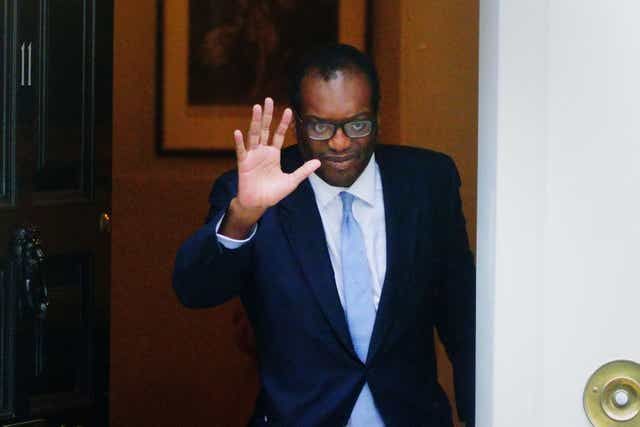 Alluding to the damaging effects of then chancellor Kwasi Kwarteng’s disastrous mini-budget in September, which sent the pound plunging and UK gilt yields rising, Mr Johnson said: “We are in for a long, hard, unpleasant journey; a journey that has been made more arduous than it might have been by a series of economic own goals.”

But while the IFS said Mr Hunt may have got the right balance with his plans to boost health and education spending now and offer more generous handouts to pensioners and those on benefits, the respected think-tank warned: “Things could turn out worse than predicted. If so the pain to come will be even greater.”

On plans to shunt the real squeeze on public services further down the track, Mr Johnson said that after the next two years “all the spending numbers should be taken with a large pinch of salt”.

And on the contentious decision to delay the cap on social care costs for two years he added: “First, it is awful that the social care reforms will not now be implemented next year as planned. I rather fear that another two-year delay amounts to a death knell for these vital changes.”

Mr Hunt admitted that the next two years will be challenging.

He told Sky News: “But I think people want a government that is taking difficult decisions, has a plan that will bring down inflation, stop those big rises in the cost of energy bills and the weekly shop, and at the same time is taking measures to get through this difficult period.”
#johnson  #covid