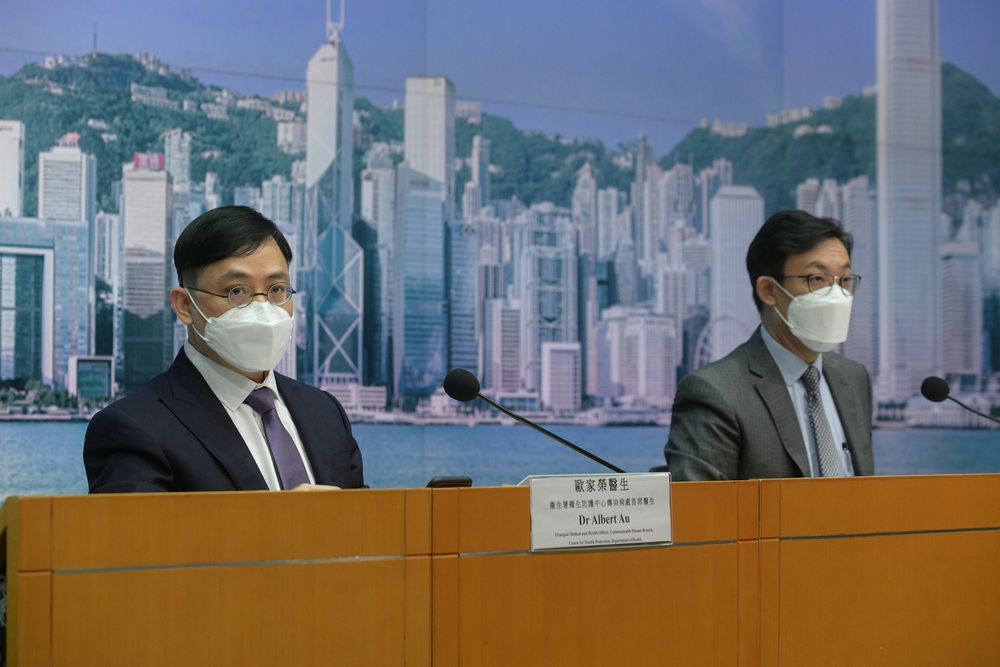 Among the new cases, 112 were confirmed via PCR tests, including 22 imported cases, and 201 were positive rapid antigen test results reported by citizens.

Seven imported cases were detected at the airport on Tuesday. Three traveled on flights CX260 from Spain, two on flight TR980 from Singapore, one on flight SQ882 from Germany, and another from India.

The Centre for Health Protection's principal medical and health officer Albert Au Ka-wing said the daily caseload in the past few days stayed steadily around 300 but noted authorities still have to suppress the figures to the lowest possible level through social distancing measures and the vaccination program.

Au refused to comment on sources that said makeshift hospitals would be shuttered and all workers there would be fired, adding that the Security Bureau should answer such a question.

Au continued that about 2,200 schools have resumed classes as of Wednesday and detected cases from 17 schools, including 12 students and five teachers and staffers. Two of the students are kindergarten students, Au said.

He added that no new infection was reported by any elderly home and care center.

Lee said the 59-year-old man suffered from diabetes and other chronic diseases. He had undergone a kidney transplant in 2018 and saw his rapid antigen test result return positive on April 28. He was subsequently sent to Penny's Bay community isolation facility.

On Sunday afternoon, officers from Civil Aid Service found him passed out in his room and rushed him to a hospital. Medics had injected five cardiac agents into him, and he was eventually pronounced dead. The body will be transferred to a public morgue, and the cause of death will be confirmed by a coroner.