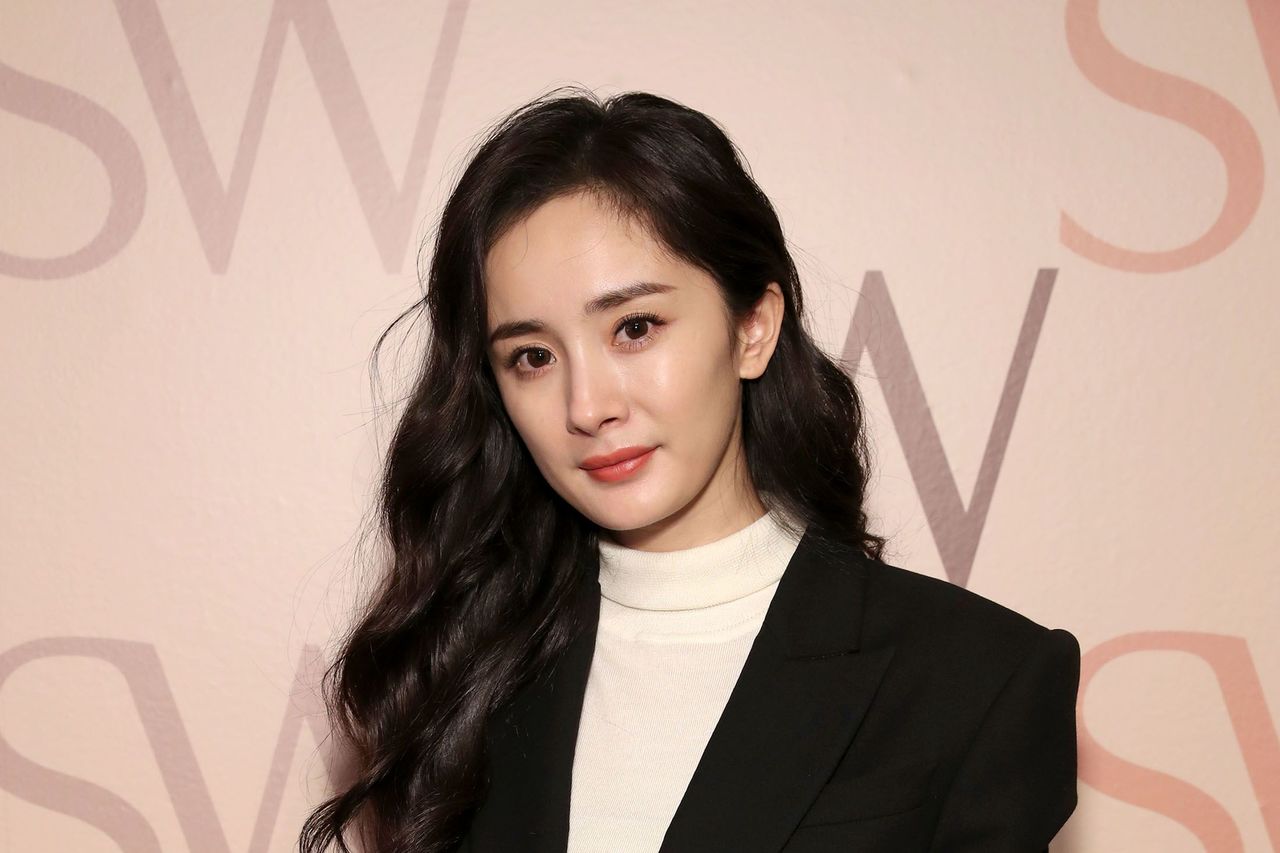 Asia's Obsession With Food and Beauty Has a Dark Side

Covid-era isolation and cultural triggers lay the groundwork for eating disorders. But diagnosis is poor and treatment remains elusive.

At a recent doctor’s visit, my endocrinologist admonished me for gaining two pounds. “You’re not obese” — I’m not even close — “but it’s something to watch,” he told me.

I left the appointment equal parts indignant and unsure. It wasn’t the first time I’d encountered this level of frankness about my body or appearance since moving to Asia. When I was pregnant in Hong Kong, my Chinese teacher confirmed that I must be having a boy. “Boys give mothers beauty, girls take it away,” she said. Years later, my property agent in Singapore was relieved to hear I was pregnant with my second child: “I thought you were just getting fat!”

This hyper-attentiveness to appearances comes alongside a cultural love affair with food. Singaporeans often joke that they start planning lunch as soon as breakfast is over, and “Have you eaten?” is a standard way of saying hello. As one put it, the aunties urging you to eat more are the first ones to tell you you’re fat.

Such competing social messages would be difficult to balance in the best of times. Add the isolation and anxiety of the Covid era, and it’s little wonder that eating disorders are a rising concern. Yet these conditions are still poorly understood, and people who suffer often believe they don’t need help, which makes diagnosis and proper treatment elusive. Despite all the straight-talk about beauty, conversations about eating disorders, and mental health in general, remain taboo in many parts of Asia. In this moment of ultimate social disconnection, such gaps can become a matter of life or death.

For decades, the medical community believed that eating disorders such as anorexia and bulimia were a phenomenon affecting primarily White, wealthy, educated young women. The global spread was viewed as an unfortunate consequence of Westernization, the commercial assault of McDonald’s French fries wrapped up with the cultural assault of Kate Moss.

More recent research suggests this view isn’t quite accurate. A better way to think about this troubling trend is through the lens of development. Ascribing value to excessive thinness is the result of industrialization and urbanization – stages the West reached earlier than Asia – rather than the wholesale export of Western culture, according to a 2015 review in the Journal of Eating Disorders. In other words, the go-go-go lifestyle of economic aspiration – one that keeps track of everything from hours at the office and bonuses, to daily steps taken and photos liked – is to blame. If anything, symptoms associated with eating disorders can be more severe in South Korea, China and Thailand than the U.S., the authors noted. One social media craze that rippled across China in 2016, for example, challenged people to cover their waists with a vertical piece of A4 paper, which is little more than eight inches wide.

In this light, our screen-bound era of Instagram escapism has worrisome ingredients. The influencer du jour might be quick to post photos of her turmeric-tinged juices, but certainly not the bag of chips she scarfed while scrambling to meet a deadline. Even those sweaty-chic workout selfies might be misleading. Meitu, a Chinese app that lets you do everything from reshaping your jawline to thinning your nose, has 115 million monthly active users. Beauty apps and other products owned by the eponymous company have been activated on 2.2 billion unique devices globally. The dangers of curated fantasy lives were present before Covid, but can be destabilizing without encountering fallible humans, in the flesh, on a regular basis.

More damaging than social media, however, can be family dynamics, according to Nishta Geetha Thevaraja, a senior psychologist at Singapore General Hospital. While researchers have debated the extent of genetics versus cultural triggers, many doctors agree that families play at least some role in the onset of eating disorders. In Asia, where young unmarried people often live with their parents, this can become a point of vulnerability. Roughly 27% of Singaporean households are families whose youngest member is 16 or older. During the city-state’s two-month lockdown last year, some sufferers were trapped in a 600-square-foot hive of dysfunction – a threat to any fragile efforts at healing.

It’s difficult to say how prevalent these illnesses have become in Singapore, given the lack of research. One study published late last year, citing this deficit, found that 63% of participants screened positive for eating disorders or were at high risk of developing one. Fewer than 2% of those in the former group reported currently being in treatment.

The toll is serious: Anorexia nervosa, characterized by severely restricted food intake, has the highest death rate of any mental disorder, according to the U.S. government-run National Institute of Mental Health. An added complication is that many cases go unreported or get swept up with other ailments, including anxiety, depression and, for binge eaters, even diabetes, says Dawn Soo, the Asia-Pacific medical director at Cigna International Markets. One study of university women in Singapore found that only 14% could correctly identify symptoms of bulimia, which is characterized by gorging on unusually large amounts of food and ridding the body of it. Almost 40% attributed the traits to low self-esteem.

That bodes ill for treatment. Parents have been unhappy with rehabilitation programs, citing health professionals’ limited knowledge, sparse explanations, poor communication and a perceived lack of empathy from doctors, among other issues, according to a study of ethnic Chinese adolescents battling anorexia in Hong Kong. The suggested tactics overwhelmingly focused on weight restoration, as opposed to psychological support. Certain approaches, such as home-diet monitoring, were viewed as a “harsh task” that strained the relationship with their children, the authors found. Families were broadly left to figure things out for themselves.

Navigating recovery can be equally difficult for adults. Sam, 43, grew up in the U.K. and has been living in Hong Kong for four years. She has been battling with anorexia for more than two decades, and was also diagnosed with anxiety, depression and post-traumatic stress disorder. Sam recalls telling herself that she was fat, ugly, stupid, unlovable, useless and worthless, and came close to being hospitalized in her early 30s for her own safety.

“Unfortunately, with the exception of my husband who has been at my side every step of the way, my family, friends and work colleagues stayed away and pretended that nothing was wrong,” she wrote in an email. Even her health care professionals made mistakes: A general practitioner at one point told Sam she was “very fat.”

Yet fear of saying the wrong thing shouldn’t be an impediment to helping. Look for warning signs, such as obsessional thoughts about food that get in the way of concentrating on anything else. Some people with eating disorders struggle to make conversation at the dinner table beyond the menu, or fall silent to mental calorie-counting. It’s important to give as much attention to these behaviors as weight gain or loss, because some people who suffer eating disorders, such as bulimia or binge eating, appear to be of normal weight or overweight.

When you’re ready to make an approach, try to avoid listing potential health risks, coercions to eat, or prosecutorial questions, such as, “Why are you doing this to yourself?” More productive would be expressing your worry and desire to help. If you notice physical changes, ask how that person feels, rather than focusing on the weight gain or loss, according to Odile Thiang, a clinical adviser at Mind Hong Kong, a mental health charity. A breakthrough will likely take a few attempts.

Opinion. Data. More Data.Get the most important Bloomberg Opinion pieces in one email.
For some people with eating disorders, the lack of structure during Covid has been debilitating, at times triggering an urge to maintain control with extreme dieting and exercise. For others, the disruption led to even darker places, eventually resulting in death. If the past year taught us anything, it was the value of taking better care of ourselves. To curb these afflictions, it’s important we take better care of each other, too.
#covid
Add Comment