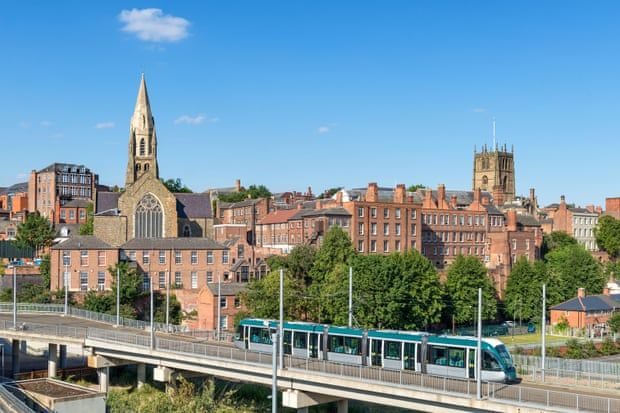 The home of Robin Hood is ready to welcome back international visitors following a £30m refit of the castle that, during the middle ages, played host to its notoriously villainous sheriff. But the East Midlands city will become more infamous over the next fortnight – for levying the highest rate of council tax in England, sending band D bills up £107, to £2,226.

The city’s Labour council leader David Mellen says the rise is needed after a decade of austerity and the government’s failure to bridge a spending shortfall that forced all councils to increase bills by a collective £2bn before the economy is back on its feet.

Nottingham’s may be the highest levy, but councils across the country are also increasing their taxes by far above inflation. Council tax bills will rise by an average of 4.3% on 1 April, according to the latest figures. Council tax inner London boroughs will see the biggest percentage increase of any region in England in 2021-22, thanks to a 9.5% increase in the precept for the Greater London Authority. Figures from Cipfa, the local authority accountants body, show the average council tax bill for a band D property in inner London will rise by 5.5% next year.

The Labour party described the situation as “economically damaging” and said tax rises at the moment would lead to more businesses going bust and low-income families being pushed into poverty. 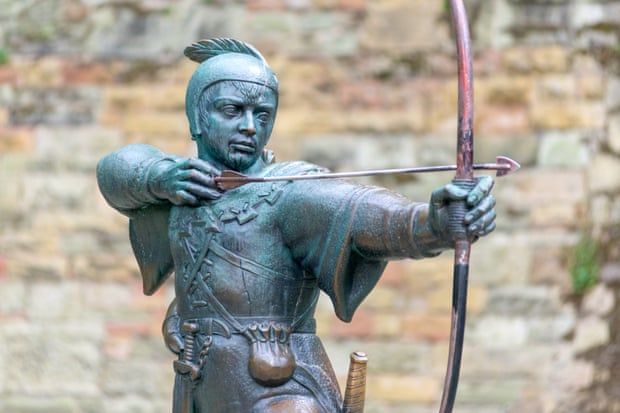 A statue of Robin Hood in the grounds of Nottingham Castle.

The government says it has extended support for local councils to more than £8bn over the past year and allocated a further £3bn to cover shortfalls in the 2021-22 financial year.

A spokesperson for the ministry of housing, communities and local government said much of the funding was not ringfenced, “recognising that councils are best placed to decide which services need support in their area.” They added: “Councils are, and always have been, responsible for setting council tax levels. We set referendum principles to ensure that local people have the final say over any excessive increases.”

A report from the National Audit Office (NAO) into the cost of the pandemic felt by local government found that the combined impact on spending and non-tax income in 2020-21 was £9.7bn – equivalent to 17.6% of revenue expenditure. So far the government has announced £9.1bn of financial support, leaving a deficit of £605m, the NAO said.

A report last week by the Institute for Fiscal Studies (IFS) found large variations in government support for councils, with many authorities suffering large shortfalls.

The shadow chancellor, Anneliese Dodds, said Rishi Sunak was relying on local tax payers to make up £2bn of the shortfall in council funding.

“The chancellor’s demanding that local councils impose this enormous rise because he’s refusing to hold to his government’s pledge to properly back local authorities,” she said.

Councils argue that both the NAO and the government have underestimated the scale of spending and the dramatic loss of income, estimating the deficit to be nearer £13bn. 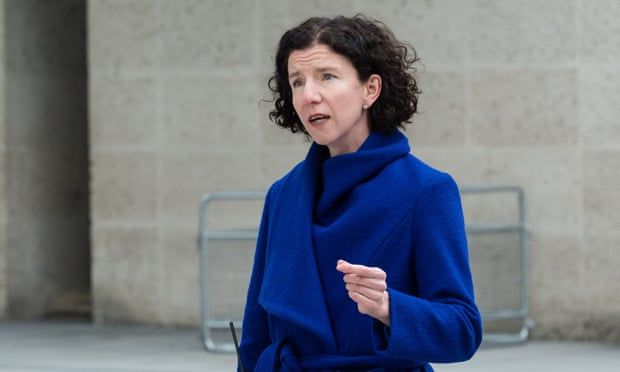 Shadow chancellor of the exchequer Anneliese Dodds says Rishi Suank was relying on local tax payers to make up £2bn of the shortfall in council funding.

According to analysis of the latest government data by the Local Government Chronicle magazine, councils expect the number of people paying council tax next year to fall by 0.5%, creating a further hole in local authority coffers. The government’s financial settlement expected a 1.7% increase over the next two years.

Mellen says Nottingham will suffer a “substantial funding gap through Covid-related costs and lost income unmet by government. This is a significant issue when councils like ours are already struggling.”

Speaking in the city’s council offices, Mellen said that while much of his time was spent considering how to provide services more cheaply, he was excited about the prospect of Nottingham leapfrogging other major cities in the race to be carbon neutral.

A consultation about how to rebuild the city centre brought more than 3,000 replies and many asked for a new park and large-scale tree planting. “No one said in any of the replies that they wanted another shopping centre,” he said.

Both of Nottingham’s central retail areas were owned by the former shopping centre operator Intu, which went bust last summer. The Victoria Centre in the north of the city was considered a going concern, but the administrators handed back the Broadmarsh centre to its minority owner – the city council.

Partially demolished ahead of a multimillion-pound overhaul, the 20-acre site should, if things go to plan, be linked to a 40-acre plot vacated by Boots, the high street retailer, two decades ago in the UK’s single largest urban planning project.

Mellen, who has just received a government bailout to cover some of the £38m lost on investment in a local energy supplier, says the city’s lack of funds will limit the council’s ability to meet some residents’ expectations, but the vision will be “very green” with a river of planting running through the centre.

Greg Nugent, a former marketing director for London’s 2012 Olympics and adviser to the Kings Cross development in London, has been parachuted in as chair of the Broadmarsh Advisory Group. “I think the people of Nottingham are asking the city to be brave,” he says. “Not copying old formulas, but [giving them] something more original.”

Nottingham has suffered for decades from a tightly drawn city boundary that excludes much of the outlying, wealthier suburbs from its catchment of council tax payers.

Mellen, who says the council has made £280m of savings since 2012, says that most bills will be generated for properties in the lowest A and B bands, further depressing the council’s income next year.