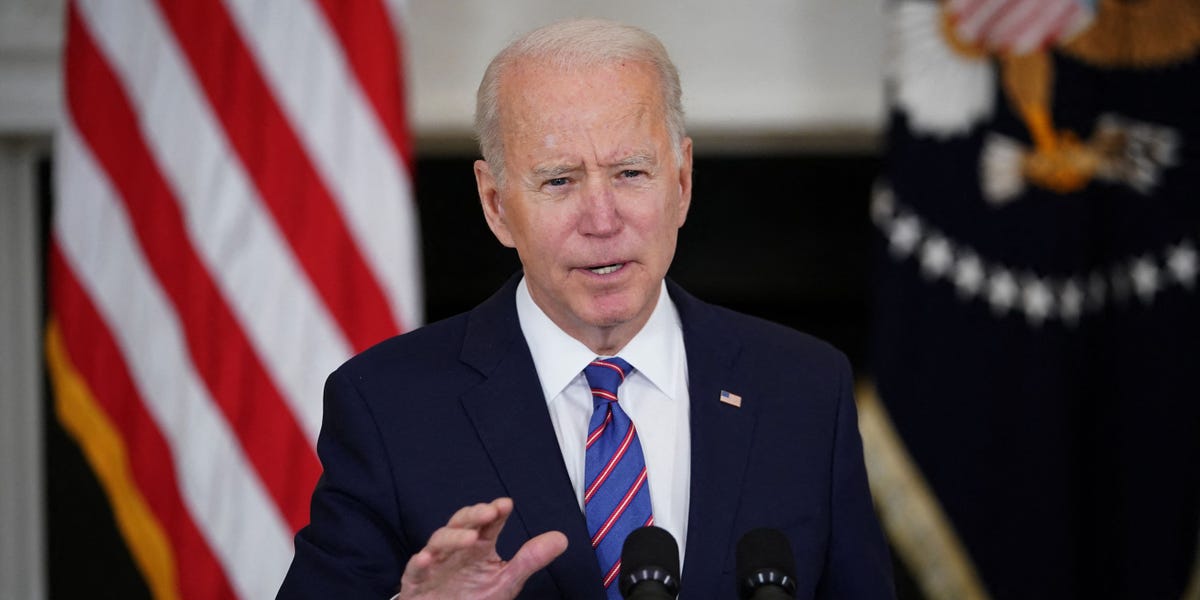 Biden has been unrelenting in his view that now is the time for bold change in America, and so far, Republicans have largely been unable to stop him.

He successfully pushed through his $1.9 trillion COVID-19 relief bill despite the objections of every congressional Republican, arguing that the broadly popular legislation had sizeable support among GOP voters.

As someone who has endeared himself to Amtrak, Biden has long been a proponent of strengthening the country's infrastructure, which has resulted in a proposed $2 trillion piece of legislation that would invest in everything from roads and bridges to broadband and public school upgrades.

Similar to the relief bill that passed in March, Republicans are arguing that the infrastructure bill is too expensive.

Biden, cognizant of the missteps that plagued the administration of former President Barack Obama from his former perch as the vice president, has been unrelenting in his view that now is the time for bold change in America.

Republicans have attacked that worldview, arguing that unified Democratic control of government has resulted in too much liberalism, with Biden's governance being painted as a liability.

However, nearly 100 days into Biden's first term, most voters seem to hold the opposite view and the GOP has been almost powerless to stop him.

Biden is getting good marks from the American public

Over the past few days, several major national polls have shown Biden with positive approval ratings.

The most recent Pew Research Center poll showed Biden with a 59% job approval rating — 39% of respondents disapproved of his performance.

The latest Morning Consult/Politico poll had Biden with a 60% job approval rating, while only 37% viewed his performance unfavorably.

Quinnipiac released a poll on Wednesday that also showed Biden in positive territory with a 48% approval rating, while 42% disapproved.

The proposed infrastructure bill actually polls better among respondents in the Quinnipiac poll when asked if they'd support raising corporate
taxes to fund the legislation, a position that most GOP members of Congress staunchly oppose. 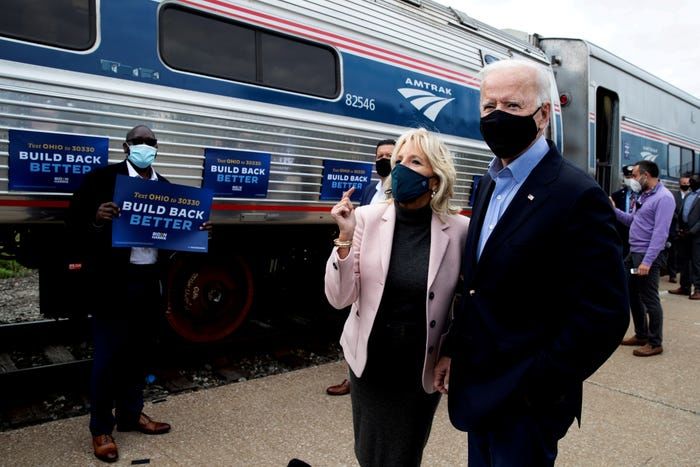 US Democratic presidential candidate and former Vice President Joe Biden and his wife Jill greet supporters as they prepare to board an Amtrak train to begin a campaign train tour in Cleveland, Ohio, on September 30, 2020.

It's difficult to run against a president who's popular and has just funneled a massive amount of stimulus into the economy to help the country recover from the effects of the COVID-19 pandemic.

Republicans are increasingly becoming vocal about their predicament.

"We need to get better at it," he told The Hill. "I don't think sometimes our messaging is as sharp as it should be because a lot of the things they're doing are things that are popular — when you're spending money, you're popular."

Sen. Mike Braun of Indiana told The Hill that the GOP was doing "poorly" in countering Biden's agenda.

"I don't think we've done a very good job because he's getting away with defining himself and rolling out this stuff that we're borrowing every penny for it, and the public is buying it," Braun said. "We've got to find ways to articulate and scuffle in a better way, and I don't know that we've found that."

Biden, who served in the US Senate from 1973 to 2009 before holding the vice presidency from 2009 to 2017, has long had a reputation as dealmaking, old-school moderate Democrat.

As president, he has managed to deftly craft policy in a way that has drawn support from moderates and progressives, along with many independent voters.

Progressives, who mostly lined up behind Independent Sen. Bernie Sanders during the 2016 and 2020 Democratic presidential primaries, have overwhelmingly lined up behind Biden's policy agenda so far, helping give the president almost unanimous support among Democratic voters in the most recent polling numbers.

However, Republicans in Congress are beginning to complain that Biden's bipartisanship outreach hasn't yielded them much input.

Republicans think Biden is overreaching with his policies

"He's been out with a dialogue of unity and bipartisanship and almost pulled off a masterpiece in that there's not been any of that," Braun expressed to The Hill. "And that we need to be clarifying that. I think the invitations to the White House ... I was on one of those ... What did we end up with? Zero."

GOP members have forecasted that over time, voters will lose an appetite for Biden's larger spending proposals. 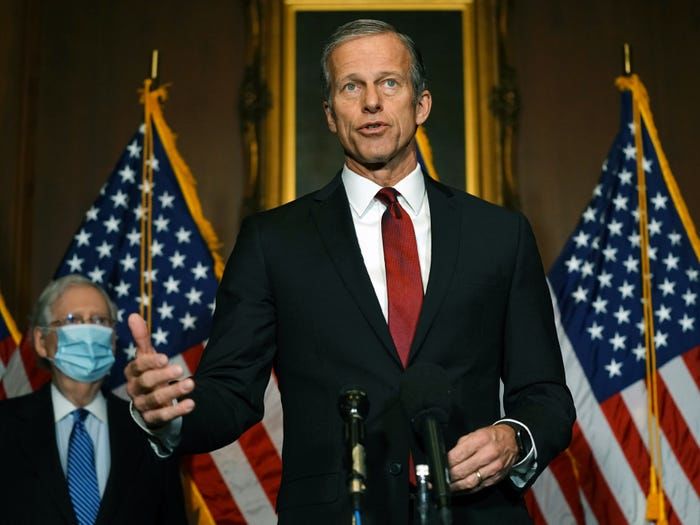 "His tone is moderate and he's an affable person, he's a likeable individual and a lot of us know him, have relationships with him and it's probably harder to attack somebody who is relatable and likeable," Thune told The Hill, adding that "if he continues down the left, the far-left lane, with respect to policy, that eventually that will start to catch up with him."

Senate Minority Leader Mitch McConnell of Kentucky, who served with Biden in the Senate for over 20 years, said recently that Biden was presiding over a "left-wing administration" while praising him as a "first-rate person."

"I like him personally, I mean, we've been friends for a long time," McConnell said.

Biden's focus on vaccinations and "straight talk" when it comes to COVID-19 have earned him high marks in his handling of the issue.

Over the past few weeks, Republicans have sought to shift the focus of Biden's presidency to the US-Mexico border, which has seen a surge in unaccompanied migrant children hoping to cross the border.

However, while Biden's approval on immigration issues remain his weak spot in polling, it has not significantly impacted his overall standing, much to the consternation of some Republicans.

GOP Sen. Ron Johnson of Wisconsin lodged such a complaint, accusing the press of enabling Biden.

"I think he's defined himself ... I think all we have to do is point out what he's doing, the disaster at the border," he told The Hill. "When you have the mainstream media in your back pocket, you're going to stay popular."