Authorities say ‘land reserve’ vital to allow city to avoid ‘pain’ in future and to grab opportunities when they present themselves.

A HK$580 billion (US$74 billion) plan to create three artificial islands off Lantau despite a population decline was on Friday defended by Hong Kong’s planning authority on the grounds a land bank had to be created to avoid the problem of supply shortages in the future.

“If we continue planning everything with a ‘barely enough’ mindset, the pain caused by a lack of land will continue,” Doris Ho Pui-ling, the permanent secretary for development and the Town Planning Board’s chairwoman, warned. “We will miss out on many development opportunities.”

“Singapore reclaims much land and uses it when needed. It has the capacity to grab potential opportunities. Maybe Hong Kong needs to go this way as well,” she said.

Ho added that the artificial islands would also be a chance to build larger flats and create more open space for residents. 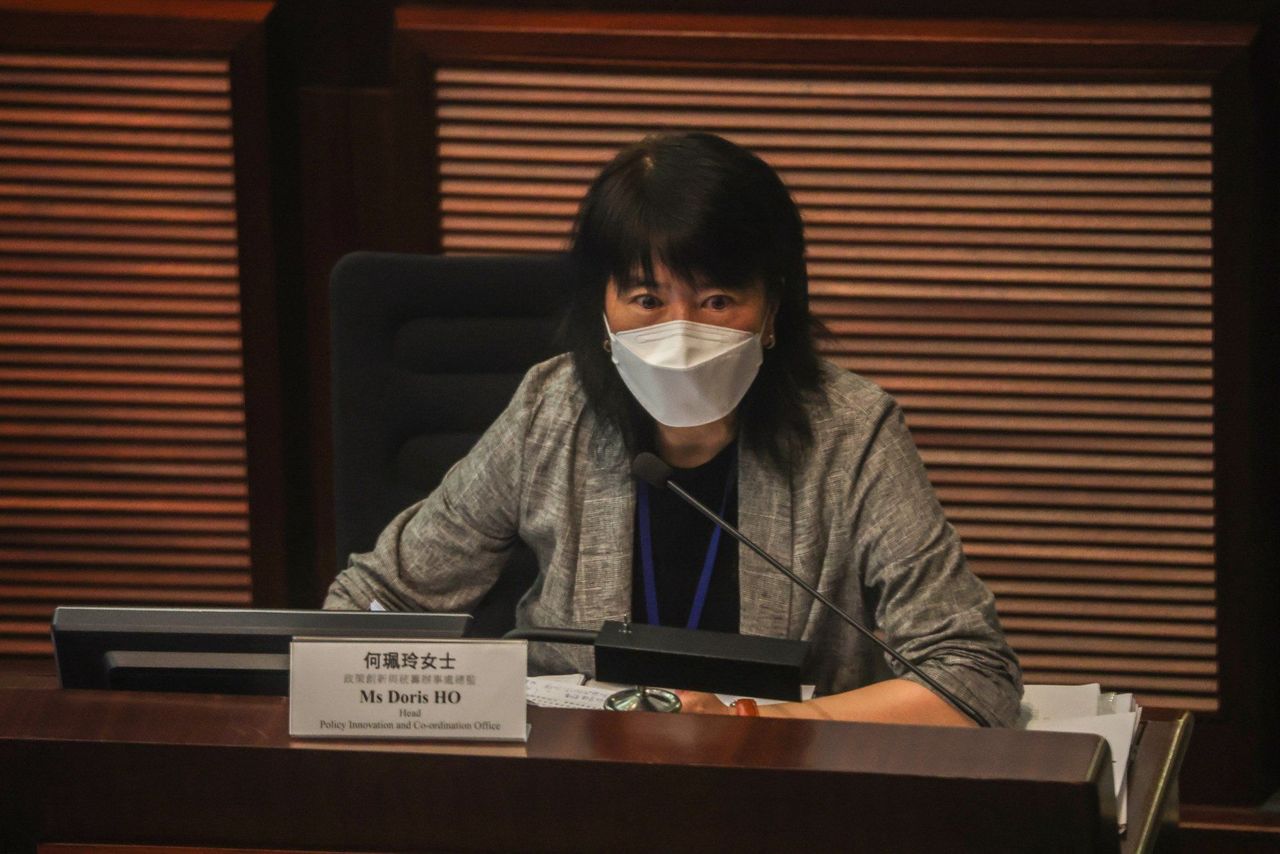 Doris Ho, the permanent secretary for development.
Development Bureau officials were speaking as they briefed the planning board on the Lantau Tomorrow Vision project, drawn up to reclaim 1,000 hectares (2,500 acres) of land to build housing and a business centre over the next two decades.

The board, made up of professionals and community representatives, however, raised some concerns about the massive project.

Timothy Ma Kam-wah, a social worker and board member, asked whether flats on the artificial island could be homes to people from mainland China because of the drop in the local population.

The number of Hong Kong residents will peak at 8.1 million in 2041 and start to fall after that, the government predicted in 2020.

Many who left the city highlighted strict Covid-19 pandemic rules and changes to the political landscape as reasons for moving.

Another board member, architect Franklin Yu Fung-lap also appealed to the government to explain the need for the massive reclamation project given the lack of detailed information.

Ginger Kiang Kam-yin, the deputy director of the Planning Department, said foreign talent was welcome to move to the artificial islands and emphasised the population factor was just one of the considerations for land reclamation.

“We can’t say we don’t have the need when the population drops … artificial islands in the central waters are not only about the population, but they are related to future societal and economic development,” Kiang explained.

She highlighted the need to build transport, leisure, medical and government facilities to cater to the needs of city residents.

But her administration later decided to begin with a land reclamation study on the first 1,000 hectares at Kau Yi Chau.

Planning authorities told board members on Friday that the present administration had no plans to start studying the other 700 hectares, made up of areas around Hei Ling Chau.

The plan aims to build 210,000 flats to house half a million people and the city’s third business district, with a target of delivery of the first homes in 10 years’ time.

The bureau last Tuesday also explained the project to members of the Land and Development Advisory Committee, a group formed by the government to canvass the opinions of professional organisations.

Environmental group Greenpeace, however, questioned whether the government valued public opinion on the plan after the media discovered the authorities had started a three-month public engagement on December 29 without an announcement.

“Why did the government sneakily start the consultation on this expensive project?” Chan Hall-sion, the Greenpeace senior campaigner, asked.

She added that the government had issued statements to announce the details of public participation in earlier reclamation projects.

The project’s price tag also sparked concerns among critics, who warned that the final figure could exceed HK$800 billion when inflation and expected increases in construction costs were factored in.

It was estimated the islands would generate HK$925 billion in land sale revenue when the Lam administration unveiled the project, but the latest estimate lowered the figure by nearly a fifth to about HK$750 billion.

The bureau explained the latest return was based on conservative predictions and added that the artificial islands would generate HK$200 billion every year after they were completed.

The Post has checked government press releases since the bureau revealed planning details of the project last month. None of them mentioned the start of a public consultation process.

Bernadette Linn Hon-ho, the development minister, said there would be a three-month “public engagement” when she attended a meeting with lawmakers last month, but did not announce details.

The Bureau confirmed in response to queries from the Post that the three-month public engagement started last December 29 and would continue until March.

The government will consult a variety of sectors and the public will be able to express their opinion through a project website set up on Thursday.

“The public is welcome to raise their suggestions by the end of March. The research on the artificial islands will continue and we will listen to opinions at different stages, including various statutory procedures in the future,” a spokeswoman said.

She added that money has been reserved for public participation activities from the HK$550 million funding approved by the legislature in 2020 to start the project’s feasibility study.

The bureau added it would organise project exhibitions in a variety of areas in the city and consult five district councils about the plan.
#covid 19  #covid