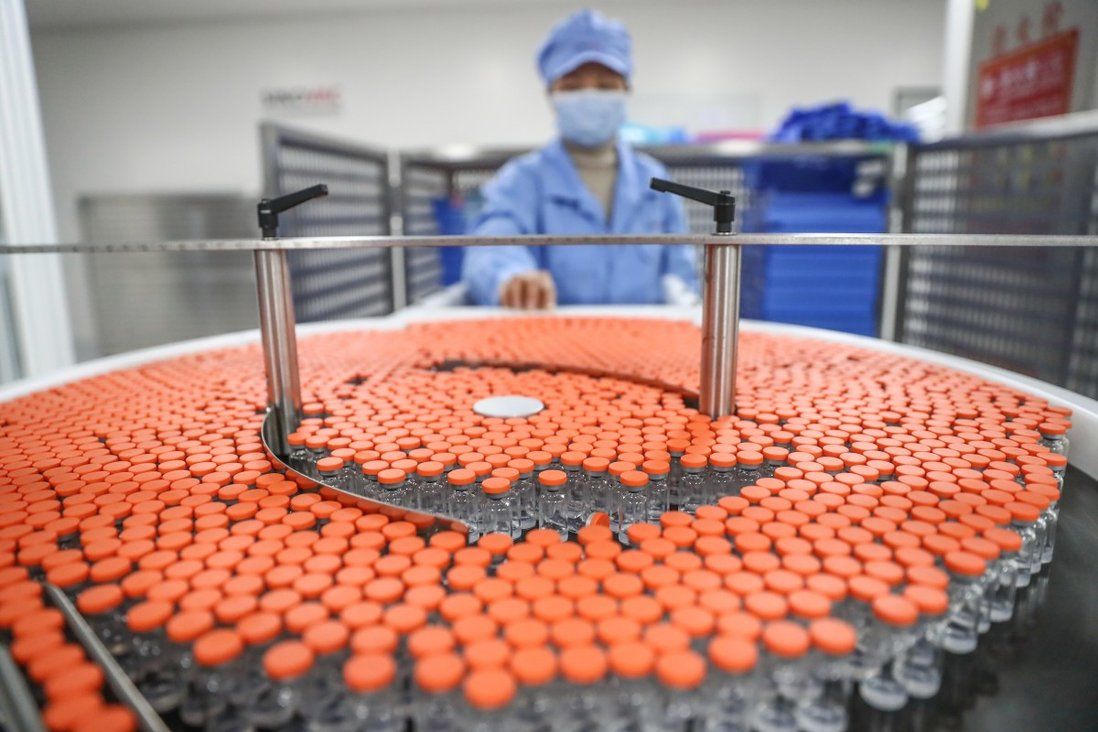 Group of 12 experts gives unanimous support for Chinese manufacturer’s vaccine after reviewing new data. Recommendation is for second dose to be given 28 days after first.

Experts advising the government on Hong Kong’s Covid-19 vaccine roll-out have dismissed concerns about a rushed decision, as they unanimously recommended the emergency use of China’s Sinovac, saying there was no need to get the endorsement of the World Health Organization first.

Tuesday’s decision, which paved the way for the government to authorise use of the Sinovac vaccine in the city, was reached after new data provided by the biopharmaceutical company at the request of the panel last week showed an overall efficacy rate of the jab of up to 62.3 per cent.

Panel chairman Professor Wallace Lau Chak-sing said experts in the independent 12-member group agreed “the data at hand shows that the efficacy outweighs the risk”, and recommended the second dose be administered 28 days after the first, following the latest data from Sinovac showing the best antibody response in that scenario.

After clearing the first hurdle, the experts would now take “less than a week” to write a comprehensive recommendation report for Secretary for Food and Health Professor Sophia Chan Siu-chee to give final authorisation. But Lau said he was not in a position to say when the jabs would be available for use in the city.

In making the recommendation, Lau said there was no outside influence and “no pressure at all from anyone”.

“As to why we don’t wait for the WHO recommendation, this is about an emergency use of a vaccine that will hopefully protect the people of Hong Kong from Covid-19. We have received the data from Sinovac, and the data we have looked at appeared to show this vaccine is efficacious,” he said.

Asked why the panel did not wait until the data was published in a peer-reviewed medical journal, as was the case for the Pfizer-BioNTech jab, the first vaccine approved earlier in the city, Lau said the experts had gone through “all the procedures as needed”.

“We have used the same attitude as how we normally would peer review a study report, a clinical trial report, to be ready for publication in a learned journal,” he said.

Discussing the information provided by Sinovac, panel member Professor David Hui Shu-cheong said: “I think phase-three data they provided is very comprehensive. If we waited until [The Lancet] publishes the phase-three clinical report in the medical journal a lot of time would have been wasted.”

The panel left the door open to reviewing more information, even if that meant reversing its decision and consequently affecting the vaccine roll-out.

China, Brazil, Chile, Indonesia and Turkey were among the first countries to embrace the made-in-the-mainland vaccine to inoculate their citizens.

Furthermore, the experts looked at the WHO’s guidelines for minimal clinical standards that a vaccine needed to meet before gaining emergency approval.

“We found that the vaccine does answer almost all of the questions required of the WHO and the panel unanimously agreed the vaccine fulfilled the minimal clinical criteria for emergency-use listing,” Lau added. 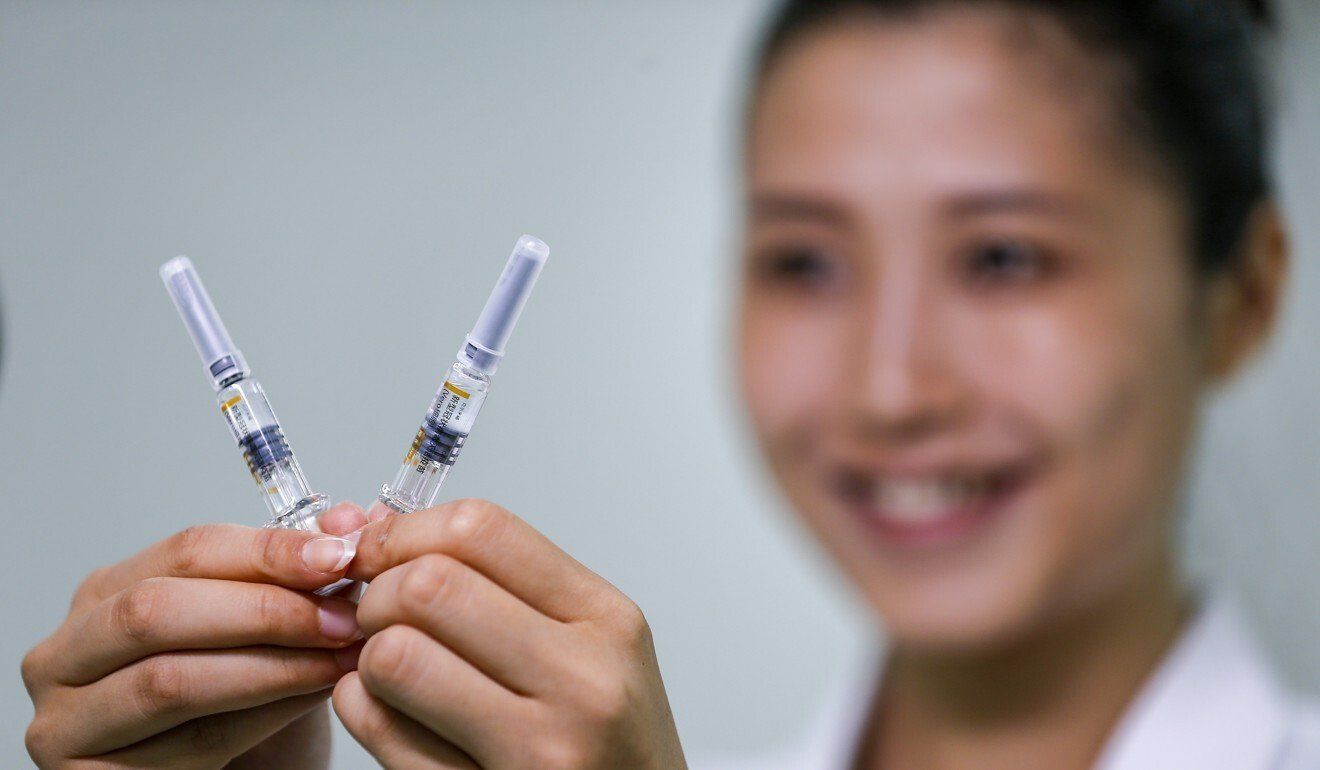 Sinovac’s latest data showed an overall efficacy rate of 50.66 per cent, which would rise to 62.3 per cent after the second dose was given four weeks later.

Sinovac’s latest data, submitted over Lunar New Year and based on trials conducted among the 18-60 age group, showed an overall efficacy rate of 50.66 per cent, which would rise to 62.3 per cent after the second dose was given four weeks later.

Lau said the panel was satisfied that major side effects, such as Bell’s palsy, a temporary facial paralysis, had a lower incidence rate for recipients of Sinovac’s vaccine than was already happening among the general population.

Side effects reported during testing included almost 61 per cent of participants developing a sore arm, half suffering a headache lasting up to two days, 15 per cent with diarrhoea, and almost a fifth experiencing muscle pain. A handful of participants also developed a rash or felt nauseous.

Lau deferred to the two scientific committees under the Department of Health to decide the priority groups to get vaccinated first, which would include frontline health workers. The panel chairman was also unable to say what impact its recommendation would have on the first deliveries of Sinovac vaccines, after the mainland producer failed to deliver as expected in January.

The panel concluded last week that the vaccine was safe based on available early trials, but had sought further data on how the results differed when the second dose was injected 14 days or 28 days after the first one and whether antibodies would be created after the injection.

They said the details would be important for reaching a decision, especially regarding how long after the first jab people would get the second, and whether that could be different for high-risk groups.

The panel had originally asked Sinovac to provide relevant clinical data only after it had been published in a medical journal. However, it has since accepted phase-three data submitted to the WHO instead after the manufacturer said it anticipated delays in preparing its materials for publication.