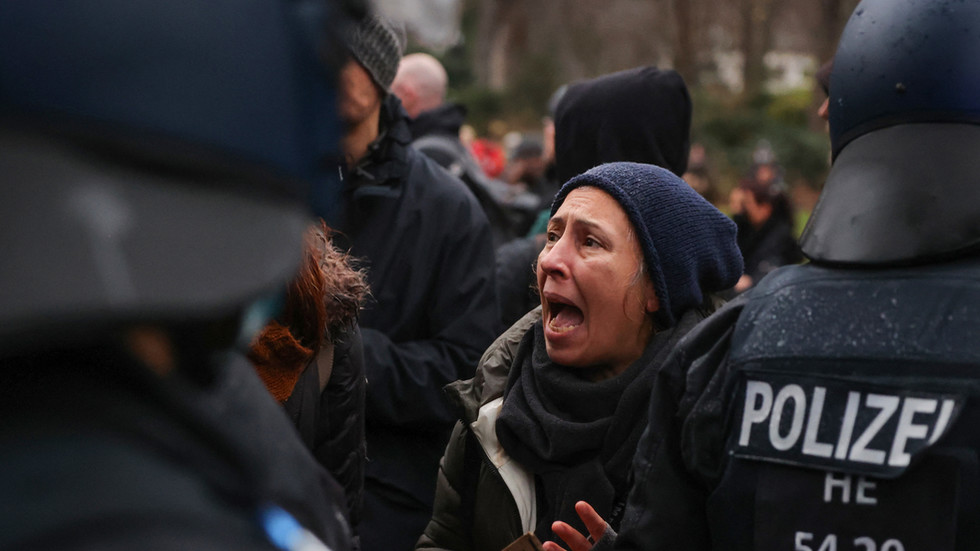 A rally against both local and state rules in response to the spread of coronavirus has erupted in the German city of Greiz. It ended with violent clashes, leaving several people injured.

Around 400 protesters took to the streets of Greiz in the German state of Thuringia on Saturday evening, local media reported citing police officials.

Police intervened, as protesters intended to march through the city.

Pepper spray and batons were used on them, according to the Tagesschau television channel.

The clashes left at least 10 people injured on both sides. Six demonstrators and four police officers were hurt.

The protest in Greiz was one of the major rallys in Thuringia, where in total more than 1,000 people took to the streets in several cities and towns on the first day of the year. The demonstrations against anti-Covid rules were unlawful, police said, adding that most of the protesters had not been wearing masks.

At least 20 criminal charges have been made, including accusations of resistance to law enforcement.

Last month, similar violence unfolded in another German region. New restrictions were imposed in the European country before the winter festivities. Large public gatherings, including outdoor ones, were banned and a cap for private ones was also introduced, only allowing up to 10 vaccinated and the recovered to meet up. In late December, the country’s leading ethics body, the Ethics Council, said it supported the idea of mandatory vaccination for all adults.