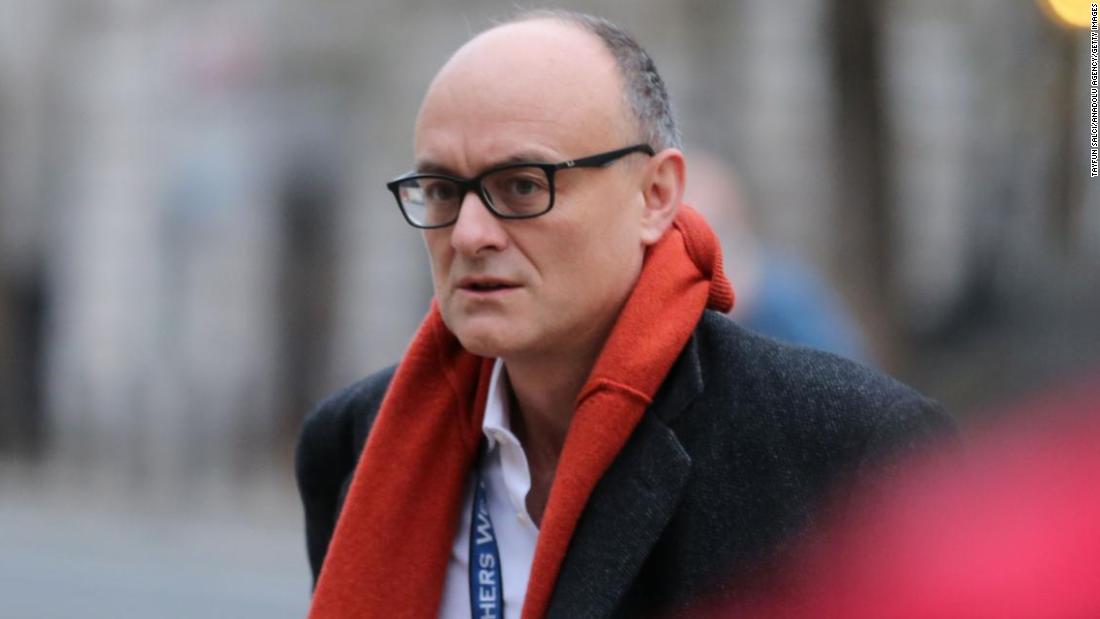 Analysis: Johnson has mismanaged Covid, Brexit and the economy. Now his inner circle is falling out

The UK is deep in its second wave of Covid-19 at the same time as Brexit enters its final act. This might seem enough to keep its leadership occupied.

But the government of Boris Johnson is now engulfed in a political power struggle that is very publicly playing out on the newspaper front pages -- and could, some Conservatives hope, signal a shift in influence on the Prime Minister.

Late on Wednesday, Johnson's director of communications, Lee Cain, resigned from his post. Two days later, it appears that the Prime Minister's chief adviser Dominic Cummings -- a divisive figure often painted as the mastermind behind the Brexit campaign and Johnson's premiership -- may be gone by Christmas.

The political storm surrounding Johnson and his team of advisers first broke on the same day that the UK's coronavirus death toll passed the eyewatering 50,000 figure.

Johnson's political advisers briefed Westminster journalists Wednesday evening that Cain, one of the PM's closest political allies, had resigned from his job.

Downing Street had spent the day fielding complaints from Conservative lawmakers who were alarmed at news reports suggesting that Cain was set to be promoted to Johnson's chief of staff.

Conservative MPs believe that the story was leaked as part of a power grab by Cummings in order to pressure the PM into giving Cain the job.

"It seems clear to me that they tried to bounce Boris into making Cain his chief of staff by leaking it to the media. But none of us wanted that and we are sick of not being listened to," a former cabinet minister told CNN. "We have had enough Cummings, Cain and the damage they are doing to our party. So yesterday we made sure Boris understood that via the chief whip." 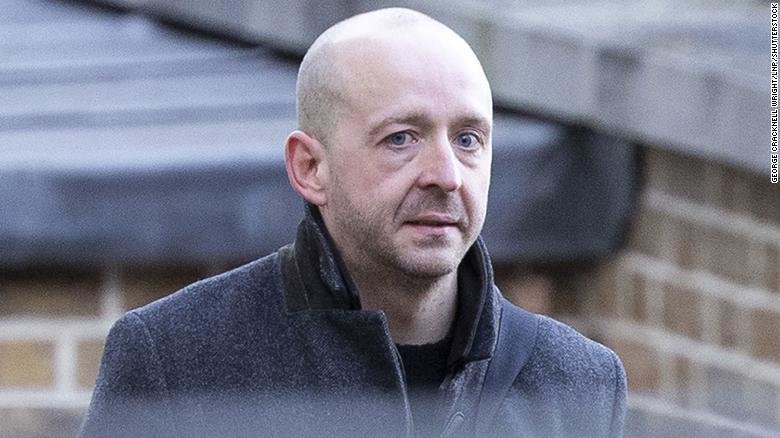 Lee Cain arrives at the back of Downing Street after announcing his resignation from the UK government.

That backlash appeared to have the desired effect and, after meeting with the Prime Minister, Cain resigned, saying he would leave his post at the end of the year.

After news broke of Cain's departure, rumors began circulating that Cummings was threatening to resign himself.

Cummings told the BBC that "rumours of me threatening to resign are invented," though added that his "position hasn't changed since my January blog."
The blog post to which he is referring stated that Downing Street was aiming to "improve performance and make me much less important -- and within a year largely redundant." This, sources familiar with the matter explained to CNN, meant it was very likely that Cummings would be gone by Christmas.

Transport Minister Grant Shapps further fueled the case for Cummings' departure in comments to Sky News in London on Friday.

"As he wrote right at the beginning of the year in his own words, he planned to make himself largely redundant this year, with the big thing that he'd worked on, of course, which was Brexit coming to an end at the end of the transition period which is December 31," Shapps said of Cummings. "The other big thing has been helping to ensure access to mass testing and these two things are on the horizon now."

Speaking to Reuters news agency, Shapps said "advisers come and go over a period of time" and stressed that ministers take the decisions, but acknowledged that Cummings' had been influential in his role.

"He was always someone who would sort of shake things up, he didn't take things just because they've been done that way, that they couldn't be done any other way," said Shapps. "And it's always good, I think, to have people who challenge the system and challenge the way things are done. He's obviously been very influential in that way." 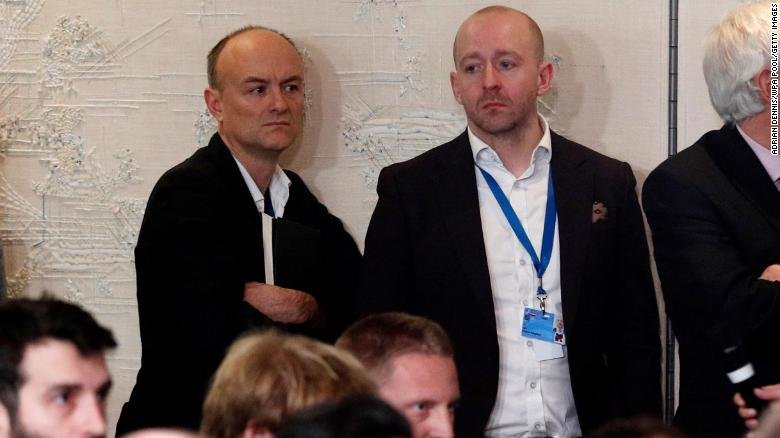 Both Cummings and Cain and Cummings were key members of the Vote Leave team which followed Johnson into Downing Street in 2019, having successfully campaigned for UK voters to reject EU membership in the 2016 Brexit referendum.

"It has been a privilege to work as an adviser for Mr Johnson for the last three years -- being part of a team that helped him win the Tory leadership contest, secure the largest Conservative majority for three decades -- and it was an honour to be asked to serve as the Prime Minister's Chief of Staff," Cain said in a statement following his resignation.

Johnson said he wanted to "thank Lee for his extraordinary service to the government over the last four years. He has been a true ally and friend."

So, what happened to these close friends? There had been speculation that Cain was upset by Johnson's decision to hire a new press secretary, Allegra Stratton, to front the soon-to-start daily Downing Street briefings. Stratton is not only a high-profile former journalist, but most recently worked as an adviser to Rishi Sunak, Johnson's finance minister.

Downing Street sources told CNN that while Cain was in favor of hiring Stratton, his real gripe was that he wanted her to report to him. She will instead report directly to Johnson, effectively sidelining the director of communications. 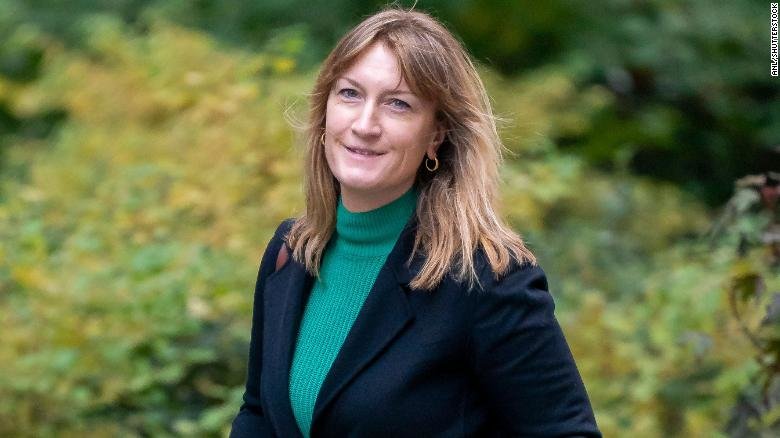 Former journalist Allegra Stratton has been hired as the Prime Minister's press secretary.

The British government is entrenched in bitter factionalism. There are too many camps to list, but a core disagreement exists between team Sunak and team Cummings -- especially when it comes to the handling of the pandemic.

Sunak's team wants to avoid lockdowns wherever possible in order to hasten the economic recovery; Cummings is more comfortable with lockdowns. And for what it's worth, more Conservatives who sit in Parliament favor the Sunak approach.

However, Johnson's government has operated an unusually centralized approach to governing, which has irked many former allies during the coronavirus crisis. This has meant that Cummings, in the eyes of Conservative lawmakers, has won his battles more often than not.

Meanwhile, the UK economy is struggling to recover from the effects of restrictions imposed to curb the pandemic. Amid a soaring second wave of coronavirus cases, England entered a second, month-long national lockdown on November 5. Strict measures have also been imposed in Wales, Scotland and Northern Ireland in recent weeks.

The Bank of England last week warned of a double-dip recession because of the pandemic and an uncertain outlook because of Brexit. The central bank expects the economy to shrink by 2% in the fourth quarter, and by 11% in 2020.

The appointment of Stratton and perceived sidelining of Cain would count as one of the most significant internal battles that Cummings would have lost since entering Downing Street last year.

Conservative MPs have been alarmed at Johnson's loyalty to Cummings, despite various scandals surrounding the adviser, the most famous of which came when Cummings drove hundreds of miles from London with his wife and child after having Covid-19 symptoms while the country was in a national lockdown.

Despite the furor, Cummings did not resign and was not sacked. His activities were investigated by the police, but he faced no action. Johnson stood by Cummings despite the impact of the scandal on public trust.

"Advisers usually take the bullet for the PM, not the other way around. Boris nearly killed his career defending Cummings during lockdown," said a senior Conservative MP. "Boris does not seem to realize how much damage Cummings is doing him."

The Cain row appeared to give hope to those who would like Johnson to stop listening to Cummings quite so often in all areas of policy, which of course has implications beyond the UK's pandemic response.

It also led to some No 10 staff wondering if this indicates a broader loosening of the Vote Leave grip on Johnson.

"I think something bigger is going on with the EU deal," said one Downing Street insider, referencing the ongoing Brexit negotiations which are approaching their end. The insider suggested a concession from London might be on the cards.

The UK government is still locked in talks with Brussels with less than two months before the scheduled conclusion of the Brexit transition period on December 31, 2020.

As things stand on Brexit, a concession from London would be the simplest route to a breakthrough that would lead to a deal.

Either way, the political focus in London has shifted in just a few days from the implications of a Joe Biden presidency and what that might mean for Johnson to the inner court of Johnson and what it all means for Brexit. Which, the British public might reasonably ask, might not be entirely appropriate during a pandemic.