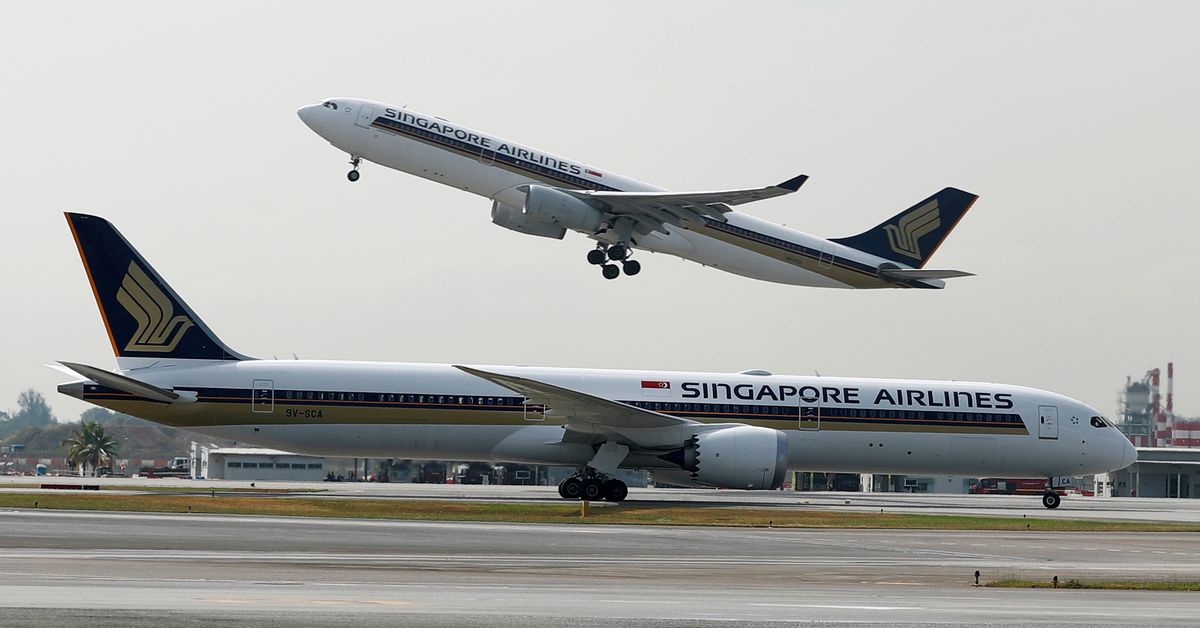 Singapore Airlines Ltd (SIA) (SIAL.SI), flush with $16 billion raised since the start of the pandemic thanks to help from a state investor, is in a position of dominance among its Southeast Asian rivals as they downsize and restructure.

The crisis threatened the survival of hub carriers that lack domestic markets such as SIA, Hong Kong's Cathay Pacific Airways Ltd (0293.HK) and Dubai's Emirates. Indeed, Singapore Prime Minister Lee Hsien Loong last year said the government would "spare no effort" to ensure SIA made it through the pandemic.

Its majority shareholder, government-owned investment arm Temasek Holdings (TEM.UL) underwrote one of the world's biggest airline rescue packages. Thanks to that, SIA's has enough funds to keep going for at least two more years without cuts, and is modernising its fleet to save fuel, reduce maintenance costs and meet environmental goals while other airlines shed aircraft.

"The crisis shows the importance of having a cash-rich state investor as its main backer," said a banker, who was not authorised to speak with media and spoke anonymously.

SIA's cash pile is the envy of rivals like Thai Airways (THAI.BK) and Garuda Indonesia (GIAA.JK), which have received little government support. Many of SIA's rivals are trimming fleets to a level that could ultimately weaken their hubs and send more connecting traffic to Singapore.

"Basically what these airlines are trying to do is they are trying to ward off their debtors," Subhas Menon, director general of the Association of Asia Pacific Airlines.

SIA, meanwhile, is improving its fleet and bolstering its budget carrier, Scoot. In Europe and North America, leisure travel has led a recovery; if that holds true in Asia, budget carriers will be crucial for airlines.

Having culled older planes and cut 20% of staff last year, SIA is under less immediate pressure for more downsizing. CEO Goh Choon Phong in May described last year's job cuts as a "very painful process" and said there were no plans for more.

But analysts say it could take 12 to 18 months for widespread travel to resume in Asia.

"They can survive for two or three years without making any money," CAPA Centre for Aviation Chairman Emeritus Peter Harbison said. "But at a certain stage you say, 'is it really worth it? Shouldn't you take tough steps?'"

Less than 9% of rights sold in SIA's recent S$6.2 billion convertible bond issue went to shareholders other than Temasek, showing the state investor is more patient than others about achieving returns.

A SIA representative said the liquidity raised since the start of the pandemic had allowed it to fortify its financial position and make the investments needed to secure its "industry-leading position". SIA's cost cutting-measures had been "tough and comprehensive", the representative added.

But because of large pre-crisis orders, it is still spending S$3.7 billion on new aircraft and adding at least 19 planes to its fleet this year, including 13 widebodies, despite little demand.

By contrast, Germany's larger Lufthansa (LHAG.DE), which earned nearly four times as much revenue annually pre-COVID, has a capital spending budget of about 1.5 billion euros ($1.77 billion) for 2021.

SIA's financial cushioning makes it harder to push back on contracts with manufacturers and lessors. Temasek supports fleet modernisation.

With travel in a holding pattern and rivals distracted by financial issues, Scoot has been using some of SIA's cash to boost staff training and invest in new software that helps it calculate more profitable fares for connecting flights.

"There has been a lot of investment, which is certainly geared toward a future recovery," Scoot CEO Campbell Wilson said. "Those investments I hope will pay off as time passes."

Thai Airways lost significant market share to budget rivals in the decade before the pandemic, contributing to years of losses, and has yet to formulate a fresh low-cost strategy as part of a restructuring involving $12.9 billion of debt.

Garuda, Malaysia Airlines and Philippine Airlines (PAL.PS) are in similar positions, either having completed or about to launch major restructurings. They lost money for years before the pandemic.

"Presumably in shedding their liabilities they will create some unhappy people who were owed money that was never paid," Wilson said. "The extent to which that subsequently constrains them, time will tell."