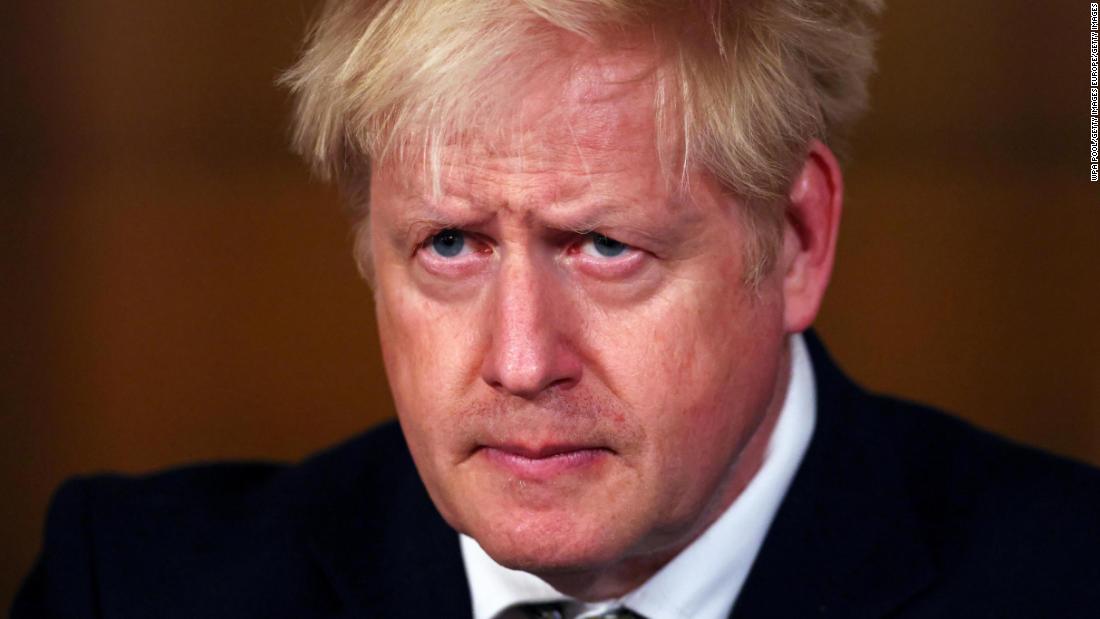 Analysis: A short list of Boris Johnson's U-turns on the pandemic

Prime Minister Boris Johnson surprised the United Kingdom this weekend by announcing tough new coronavirus restrictions in some areas just days after saying such measures would be "inhuman."

But at the close of an unpredictable and unprecedented year, the British leader's U-turn on holiday season travel and gatherings was just one more in a series of rosy predictions and failed promises. Here's a short review:

What Johnson said: "We don't want to ban Christmas, to cancel it, and I think that would be frankly inhuman and against the instincts of many people in this country."

What happened next: Four days later, Boris Johnson announced that London, the southeast and the east of England would be put under Tier 4 restrictions -- essentially a lockdown -- scrapping or severely restricting Christmas travel plans for millions of people.

The lockdowns were spurred the discovery of a new strain of coronavirus.

What Johnson said: "It is my strong and sincere hope that we will be able to review the outstanding restrictions and allow a more significant return to normality from November at the earliest, possibly in time for Christmas."

What happened next: An easing of restrictions had been announced on July 17 for the beginning of August. The plan included allowing indoor performances with live audiences and pilot schemes of larger gatherings in places like sports stadiums to be held "with a view to a wider reopening in the autumn," and the withdrawal of a blanket advice to work from home.

Speaking at a press conference, Boris Johnson had said: "It is my strong and sincere hope that we will be able to review the outstanding restrictions and allow a more significant return to normality from November at the earliest, possibly in time for Christmas."

The Prime Minister also said that as authorities knew more about the virus, targeted and local responses would allow for a control of the virus: "At the start of the pandemic, when we knew far less about the nature and spread of the virus, we had to take blanket, national measures. National lockdown was undoubtedly the right thing to do and has saved many thousands of lives. Now however, we know more about the virus -- we understand the epidemiology better and our intelligence on where it is spreading is vastly improved. That means we can control it through targeted, local action instead."

By October 14, with cases rising dramatically across the country, Johnson mocked Labour Party leader Keir Starmer at Prime Minister's Questions for suggesting a new lockdown was needed, saying: "Let's try to avoid the misery of another national lockdown which he would want to impose, as I said, in a headlong way."

What Johnson said: "We have growing confidence that we will have a test, track and trace operation that will be world-beating and yes, it will be in place by June 1."

What happened next: On May 27, UK Health Secretary Matt Hancock announced the launch of a "test and trace" system in England: "Until an effective treatment or vaccine comes through, how can we get back to doing more of the things that make life worth living without risking safety or putting lives at risk, NHS test and trace is a big part — not the only part — but a big part of the answer to that question."

"NHS test and trace means we can start to replace the national lockdown with individual isolation for those in contact with the virus," Hancock said at a daily government briefing.

When pressed by Labour leader Keir Starmer on whether the system would be up and running by the start of June, Mr Johnson said: "We have growing confidence that we will have a test, track and trace operation that will be world-beating and yes, it will be in place by June 1."

For the test and trace system to be effective, the Scientific Advisory Group for Emergencies (SAGE) said in May that at least 80% of contacts must be reached. However, according to Government figures, in the week ending 14 October, only 59.6% of close contacts were reached, the lowest since the test-and-trace operation was launched. By October, waiting times for test results were also longer than they were at the end of June.

By October 22, the Government admitted there was "room for improvement" on test and trace, with Boris Johnson saying: "I share people's frustrations and I understand totally why we do need to see faster turnaround times and we need to improve it."

What Johnson said: "We can turn the tide within the next 12 weeks and I'm absolutely confident that we can send coronavirus packing in this country but only if we take the steps — we all take the steps — that we have outlined." He also added that he couldn't say whether the country would be on a downward slope by the end of June: "But what I can say is that this is going to be finite, we will turn the tide, and I can see how to do it within the next 12 weeks."

What happened next: Four days later, on March 23, Boris Johnson told the country that people "must" stay at home and certain businesses must close as he imposed the most stringent restrictions seen in Britain since the end of World War II. By that time, 335 people had died from Covid-19 in the UK.

According to data compiled by Johns Hopkins University, by mid-June, 12 weeks after Mr Johnson's comments on turning the tide, the UK recorded approximately the same number of confirmed cases it did in March, although these had diminished by 20-25% from peaks seen in April.