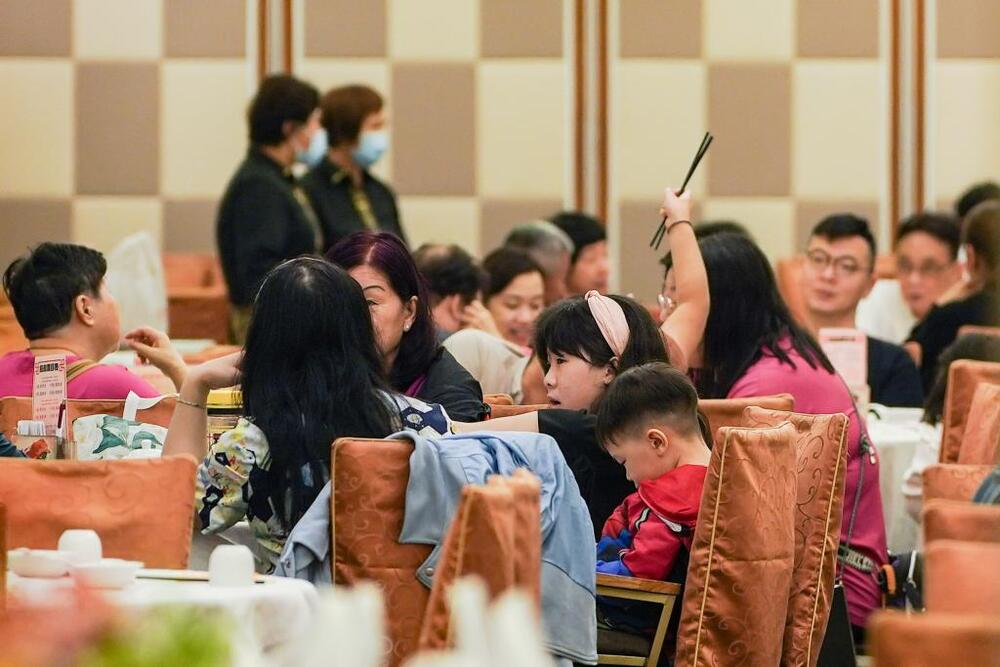 Among the new cases, 131 were confirmed through PCR tests, and 149 were positive rapid antigen test results reported by citizens. As a result, the overall Covid tally now stands at 1,194,740.

Chuang Shuk-kwan, head of the communicable disease branch at the Centre for Health Protection, added 32 imported cases, including 16 detected at the airport.

The infection cluster involving Peony Golden Court in Yuen Long saw three more diners, including two men and a woman, aged 71 to 76. The cluster has so far recorded 23 cases, including 20 patrons, one staff, and two close contacts.

Chuang said the authorities have completed tracking all the 190 diners on that day, of whom three were not in Hong Kong, including two who left for Malaysia and one in Shenzhen. Hong Kong health authorities have informed relevant health departments to follow up.

She said it took three days for them to trace instead of ten, stressing that it had been a while before the cluster was observed as Omicron spread relatively more quickly.

Among them, five cases were reported by kindergartens or childcare centers, nine from primary schools, and 10 from secondary schools. Two of them were from the same family.

Two deaths were logged in public hospitals in the past day, including a man and a woman aged 68 and 86. Another 90-year-old man who passed away on April 20 was reported late due to delayed results.

Public hospitals and treatment facilities are now housing 892 patients, of whom three in critical condition are being treated in hospitals’ intensive care units.

In the past 24 hours, 130 patients have recovered from Covid, and 84 of them have been discharged.
#covid
Add Comment