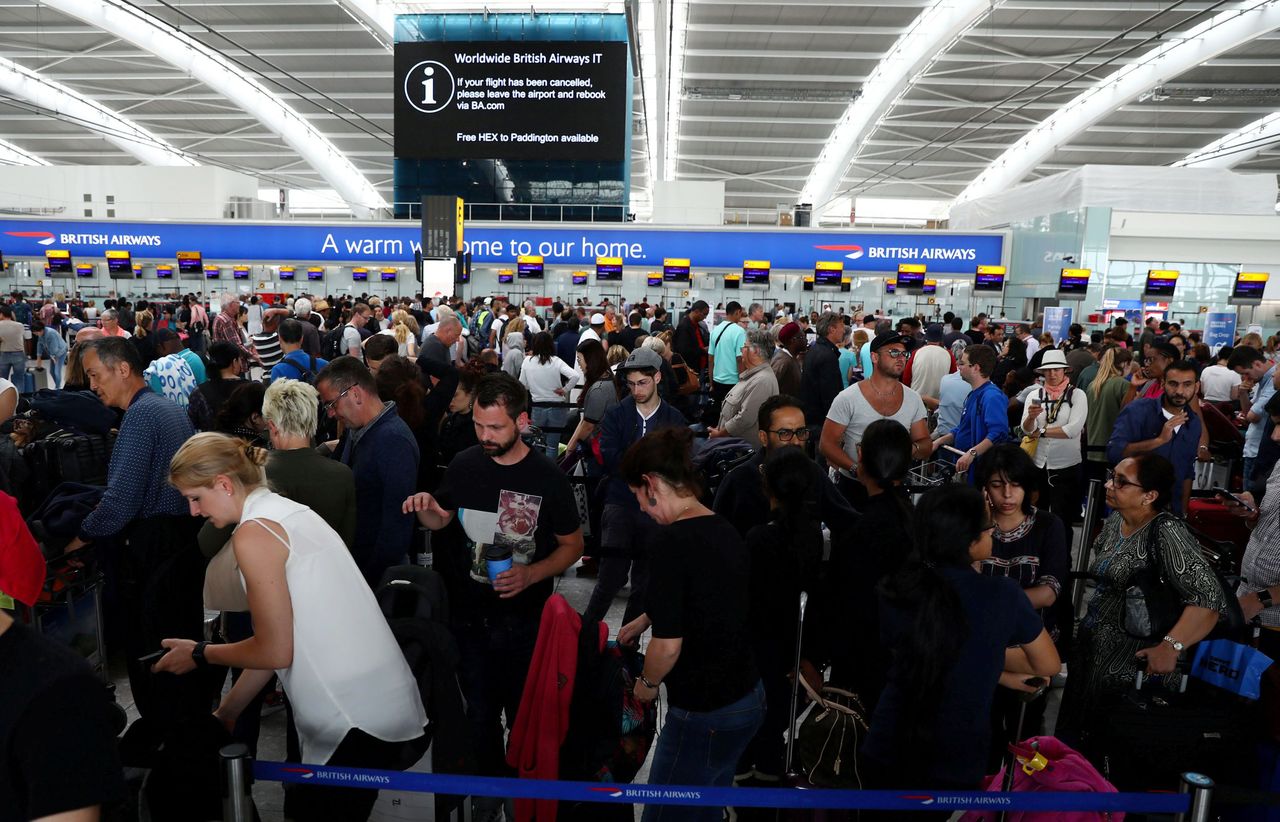 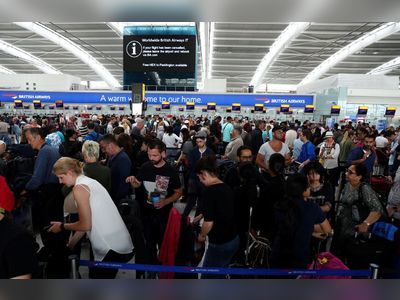 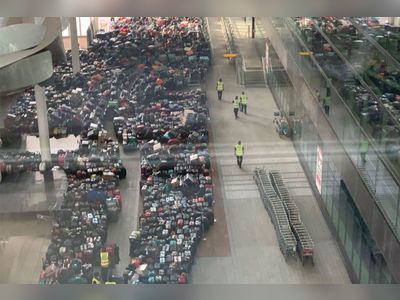 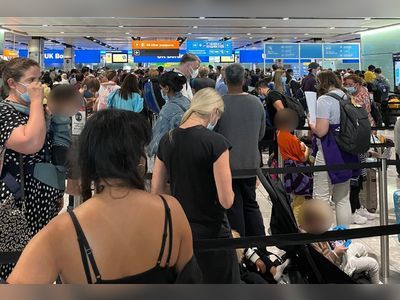 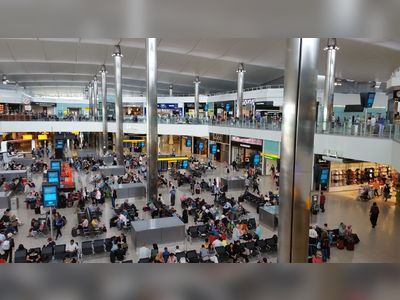 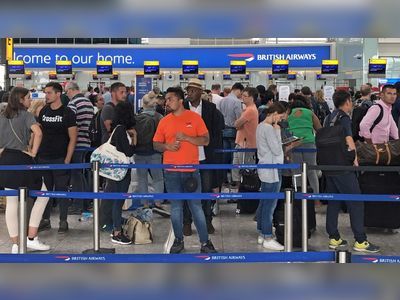 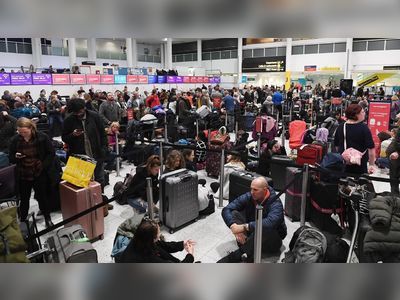 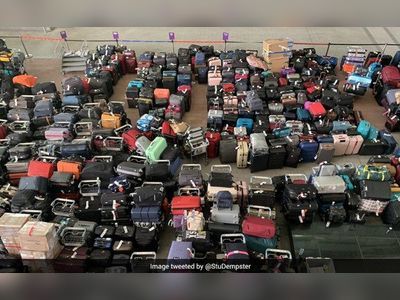 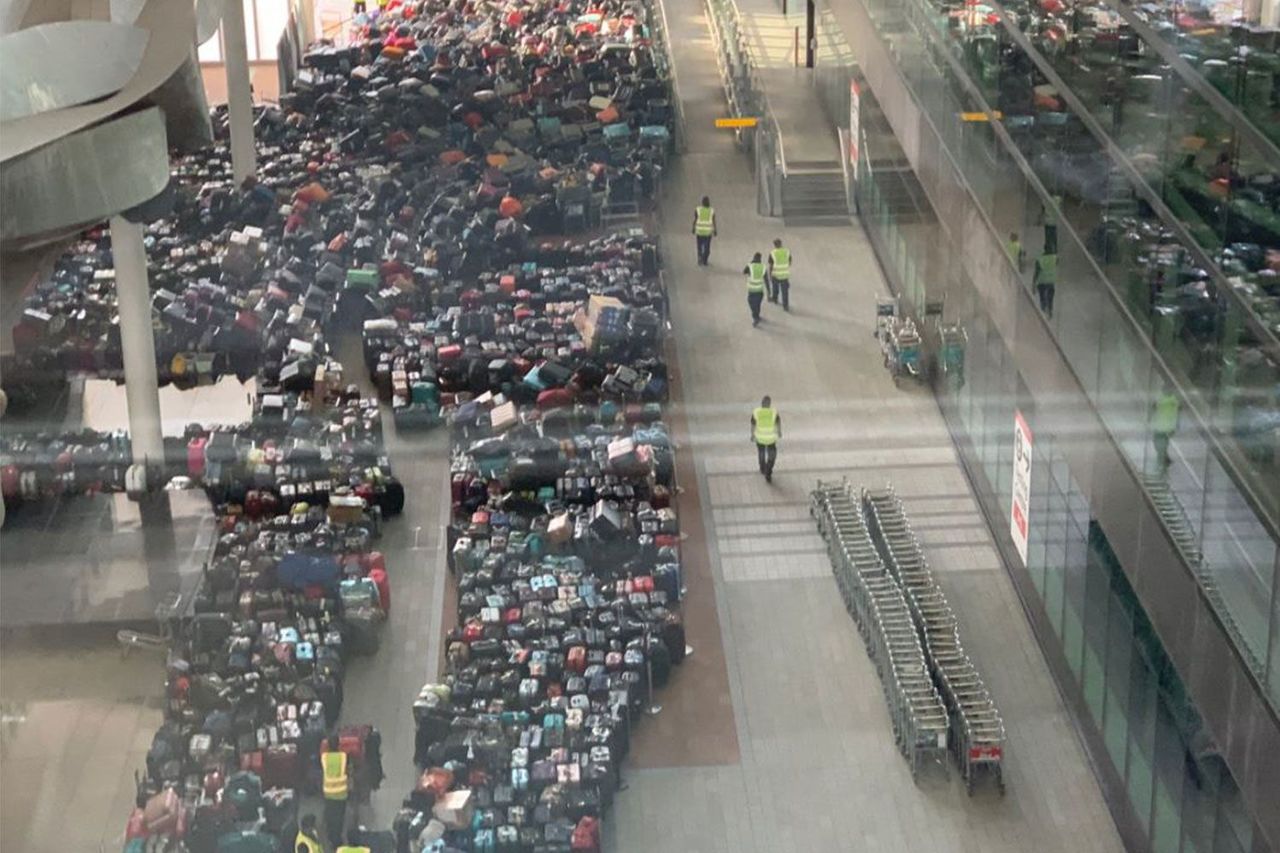 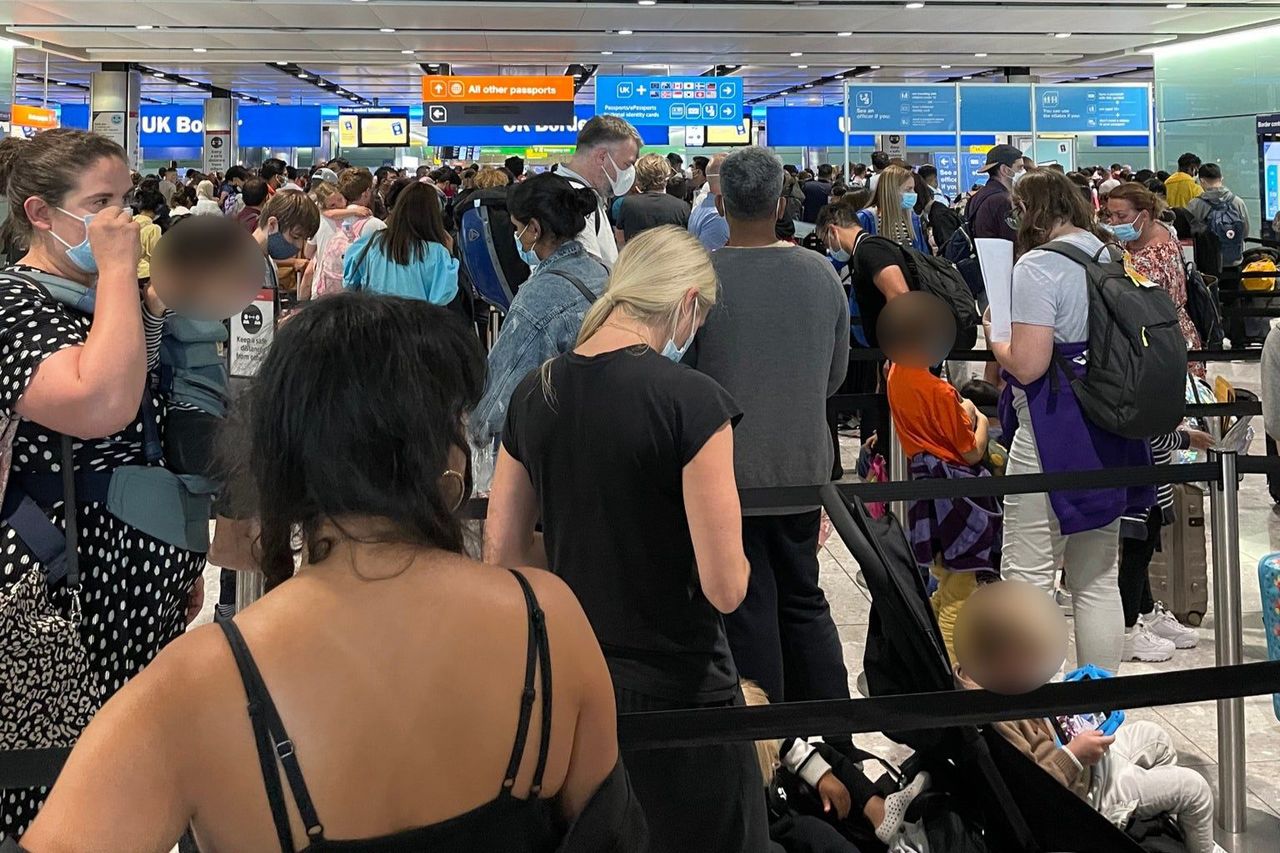 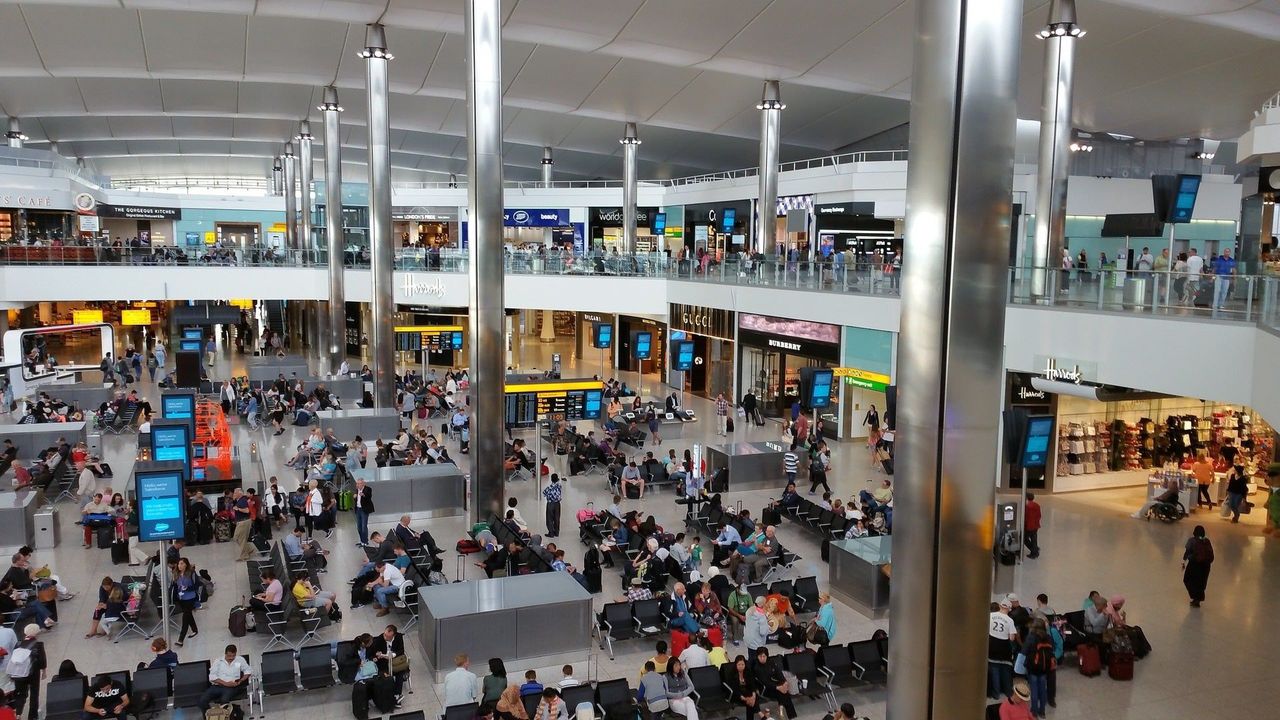 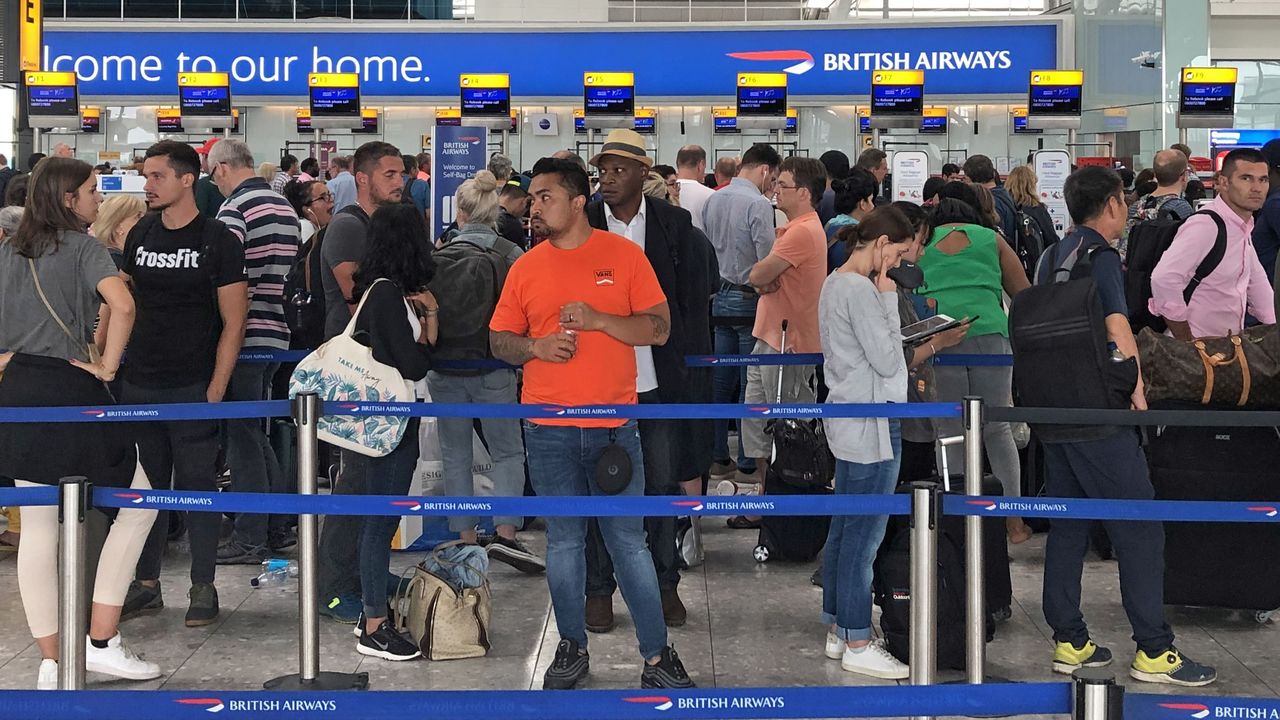 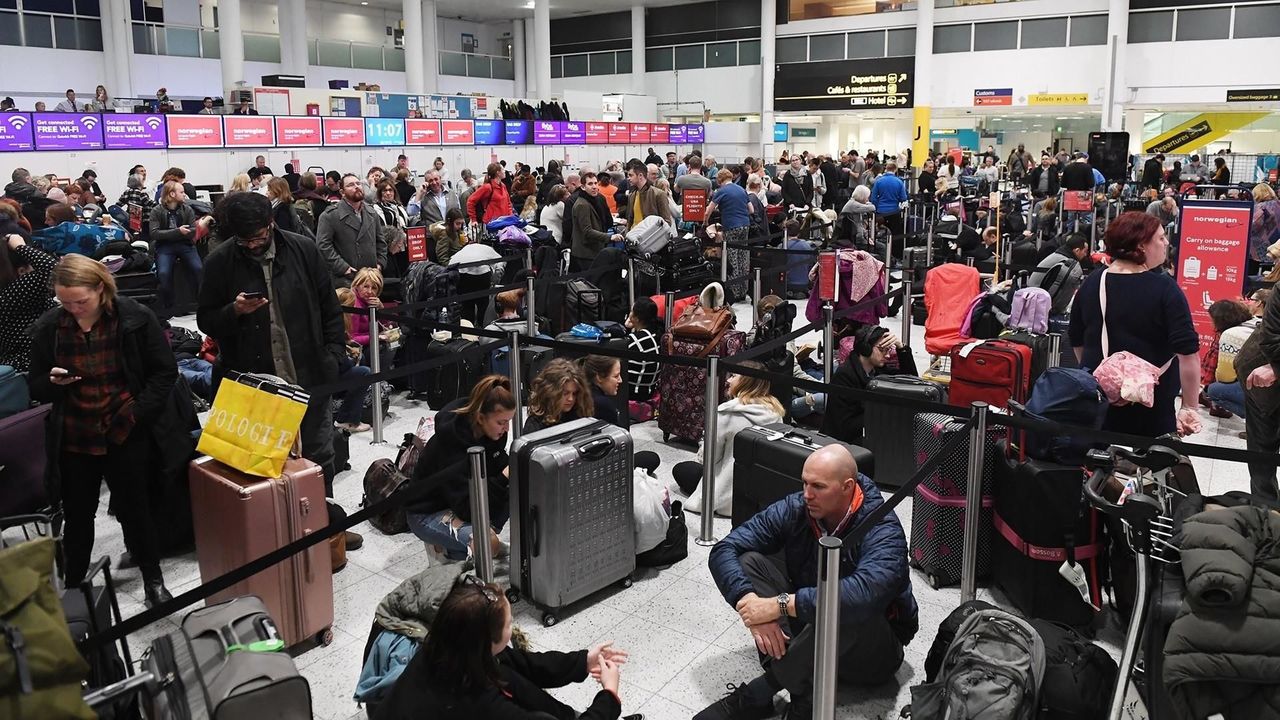 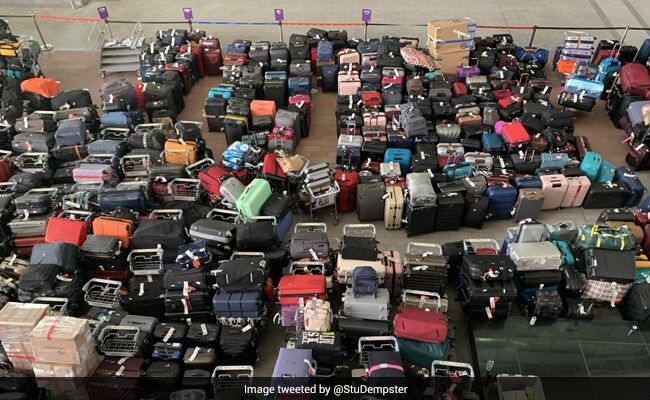 The airport lines are long, and lost luggage is piling up. It’s going to be a chaotic summer for travelers in Europe.

Liz Morgan arrived at Amsterdam’s Schiphol Airport 4 1/2 hours before her flight to Athens, finding the line for security snaking out of the terminal and into a big tent along a road before doubling back inside the main building.

“There’s elderly people in the queues, there’s kids, babies. No water, no nothing. No signage, no one helping, no toilets,” said Morgan, who is from Australia and had tried to save time Monday by checking in online and taking only a carry-on bag.

People “couldn’t get to the toilet because if you go out of the queue, you lost your spot,” she said.

After two years of pandemic restrictions, travel demand has roared back, but airlines and airports that slashed jobs during the depths of the COVID-19 crisis are struggling to keep up. With the busy summer tourism season underway in Europe, passengers are encountering chaotic scenes at airports, including lengthy delays, canceled flights and headaches over lost luggage.

Schiphol, the Netherlands’ busiest airport, is trimming flights, saying there are thousands of airline seats per day above the capacity that security staff can handle. Dutch carrier KLM apologized for stranding passengers there this month. It could be months before Schiphol has enough staff to ease the pressure, Ben Smith, CEO of airline alliance Air France-KLM, said Thursday.

It’s a similar story in the United States, where airlines canceled thousands of flights over two days last week because of bad weather just as crowds of summer tourists grow.

“In the vast majority of cases, people are traveling,” said Julia Lo Bue-Said, CEO of the Advantage Travel Group, which represents about 350 U.K. travel agents. But airports have staff shortages, and it’s taking a lot longer to process security clearances for newly hired workers, she said.

“They’re all creating bottlenecks in the system,” and it also means “when things go wrong, that they’re going drastically wrong,” she said.

The Biden administration scrapping COVID-19 tests for people entering the U.S. is giving an extra boost to pent-up demand for transatlantic travel. Bue-Said said her group’s agents reported a jump in U.S. bookings after the rule was dropped this month.

For American travelers to Europe, the dollar strengthening against the euro and the pound is also a factor, by making hotels and restaurants more affordable.

At Heathrow, a sea of unclaimed luggage blanketed the floor of a terminal last week. The airport blamed technical glitches with the baggage system and asked airlines to cut 10% of flights at two terminals Monday, affecting about 5,000 passengers.

“A number of passengers” may have traveled without their luggage, the airport said.

When cookbook writer Marlena Spieler flew back to London from Stockholm this month, it took her three hours to get through passport control.

Spieler, 73, spent at least another hour and a half trying to find her luggage in the baggage area, which “was a madhouse, with piles of suitcases everywhere.”

She almost gave up, before spotting her bag on a carousel. She’s got another trip planned to Greece in a few weeks but is apprehensive about going to the airport again.

“Frankly, I am frightened for my well being. Am I strong enough to withstand this?” Spieler said by email.

Despite some improvements, the line to one of the checkpoints stretched more than 100 meters (328 feet) Monday.

Four young German women, nervous about missing their flight to Hamburg while waiting to check their bags, asked other passengers if they could skip to the front of the line. Once there, they bought fast-track passes to avoid the long security queue.

Lina Wiele, 19, said she hadn’t seen quite the same level of chaos at other airports, “not like that, I guess,” before rushing to the fast-track lane.

Thousands of pilots, cabin crew, baggage handlers and other aviation industry workers were laid off during the pandemic, and now there’s not enough to cope with the travel rebound.

“Some airlines are struggling because I think they were hoping to recover staffing levels quicker than they’ve able to do,” said Willie Walsh, head of the International Air Transport Association.

The post-pandemic staff shortage is not unique to the airline industry, Walsh said at the airline trade group’s annual meeting this week in Qatar.

“What makes it difficult for us is that many of the jobs cannot be operated remotely, so airlines have not been able to offer the same flexibility for their workforce as other companies,” he said. “Pilots have to be present to operate the aircraft, cabin crew have to be present, we have to have people loading bags and assisting passengers.”

Some European airports haven’t seen big problems yet but are bracing. Prague’s Vaclav Havel international airport expects passenger numbers to swell next week and into July, “when we might experience a lack of staffers, especially at the security checks,” spokeswoman Klara Diviskova said.

The airport is still short “dozens of staffers” despite a recruitment drive, she said.

In Belgium, Brussels Airlines said a three-day strike starting Thursday will force the cancellation of about 315 flights and affect some 40,000 passengers.

British Airways check-in staff and ground crew at Heathrow voted Thursday to strike over pay. Dates haven’t been set, but their unions said it would be this summer.

Two days of strikes hit Paris’ Charles de Gaulle airport this month, one by security staff and another by airport personnel who say salaries aren’t keeping pace with inflation. A quarter of flights were canceled the second day.

Still, the airport problems are unlikely to put people off flying, said Jan Bezdek, spokesman for Czech travel agency CK Fischer, which has sold more holiday packages so far this year than before the pandemic.

“What we can see is that people can’t stand waiting to travel after the pandemic,” Bezdek said. “Any problems at airports can hardly change that.”
#covid 19  #covid