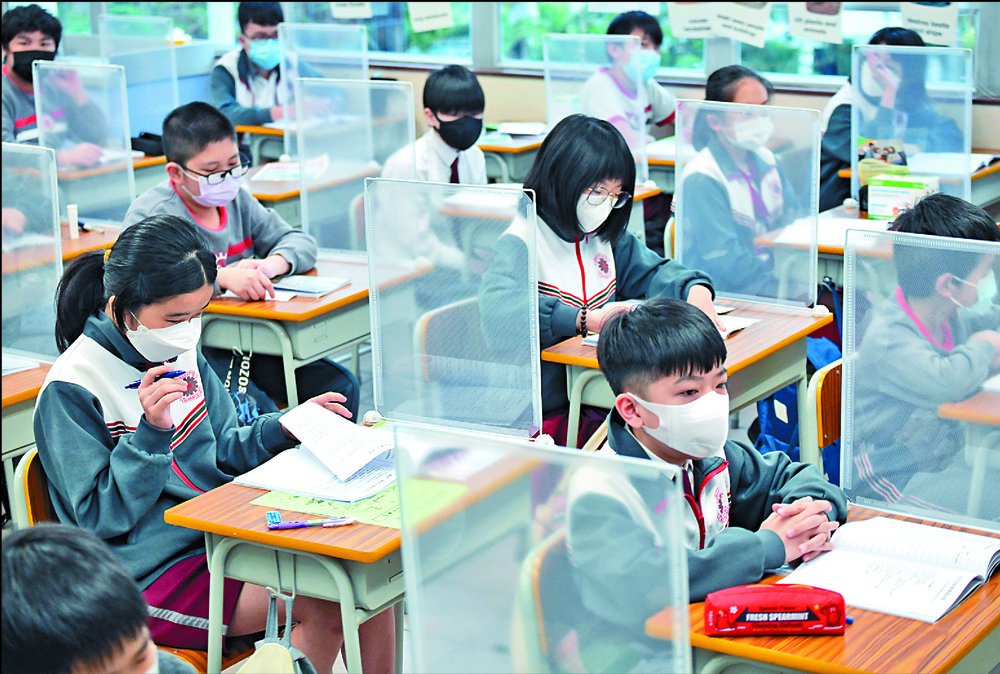 Over 500 primary schools are resuming in-person classes today, health authorities have announced, as they remind parents to help their children take rapid antigen tests before going to school every day.

That number follows the reopening of around 250 primary schools last week.

But he said the risks can be lowered by students taking daily rapid tests, which would detect positive cases and prevent them from entering schools.

"Schools must also report their number of positive cases to us every day. If there is any abnormality, we will conduct investigations and advise them on infection-control measures," Au said.

"It is also important for parents to vaccinate their children as soon as possible because the jab coverage in kids between three and 11 is just around 65 percent now," he said. "Chances of unvaccinated children being admitted to intensive care units are higher."

Au, referring to the World Health Organization's World Immunization Week, once again reminded people across all age groups to get vaccinated.

He cited experts from the Department of Health's scientific committees, who said most people need three doses to acquire sufficient protection against Covid, while those with immunodeficiency diseases may need four.

Meanwhile, the Hong Kong College of Physicians said over 300,000 elderly people aged 60 and above have not yet taken their first Covid jab, adding their death rate is 20 times higher than those who have been jabbed.

The college said unvaccinated seniors aged 60 and above made up around 70 percent of the deaths from January to last month. It added that many unvaccinated elderly patients suffered from impaired lung functions - some had to be fed high-flow oxygen treatment due to severe hypoxia.

The Hospital Authority's chief manager for patient safety and risk management, Sara Ho Yuen-ha, reported 13 more deaths from Friday and Saturday. So far during the fifth wave, the city has reported 9,036 fatalities.

Two of the younger deaths on Saturday were of a 31-year-old man, who was fighting terminal colorectal cancer, and a 57-year-old diabetic man who also suffered from necrotizing fasciitis, a serious bacterial infection, in the tissues around muscles and organs.
#covid
Add Comment