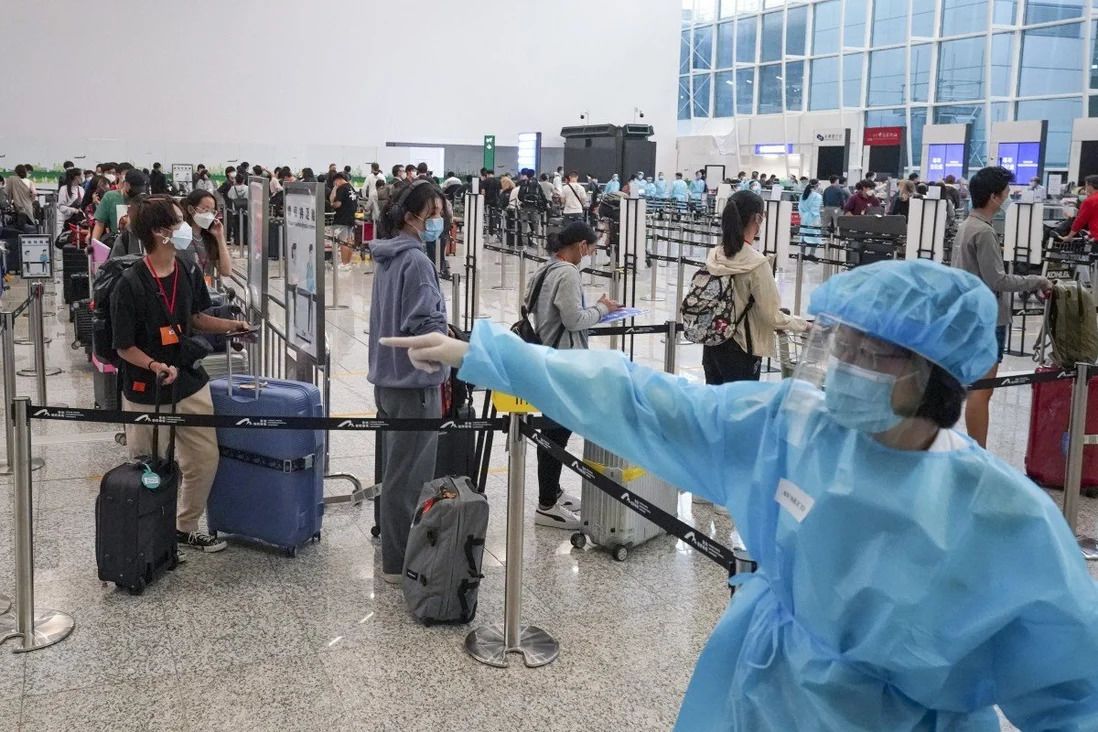 Health authorities in Hong Kong warned Saturday morning that three people who recently traveled to Hong Kong from Colombia had been found to be carrying the variant Mu with them. World Health Organization has said Mu variant has a number of mutations suggesting it could be more resistant to vaccines.

Three people who recently arrived in Hong Kong were found to be carrying a new coronavirus variant which health experts fear could be more vaccine resistant.

Two of the patients – a 19-year-old man and a 22-year-old woman – had flown in from Colombia and were confirmed to have the Mu variant in early June, while the other, a 26-year-old woman, arrived from the United States, health authorities said on Friday. She was found to be infected on July 24.

The development came as the city confirmed four new imported Covid-19 cases, all involving domestic workers who arrived from the Philippines.

About 4,500 infections involving the Mu variant, known scientifically as B. 1.621, have been reported across the world, with more than half discovered in the US, according to the University of Hong Kong’s Dr Ho Pak-leung, who uncovered two of the three local cases while examining a government database open to the public.

Local health authorities had not reported any cases involving the Mu variant until Ho, an infectious diseases specialist, made his discovery public.

“Although the Mu variant did not leak into the community, the government should still be transparent in keeping the public informed about these variant cases in the city,” Ho told a local radio programme.

“The coronavirus keeps mutating as the globe is still battling a third wave … We cannot underestimate the possibility of having a more infectious variant emerge in the future.”

The World Health Organization (WHO) added Mu, first found in Colombia in January, to its “variants of interest” list on Monday. It has also categorised “variants of concern” to prioritise global monitoring and research, with the Alpha, Beta, Gamma and Delta types on the list.

There is widespread concern over new mutations emerging as infection rates are again ticking up around the world, with the highly infectious Delta dominant – especially among the unvaccinated – and in areas where anti-pandemic measures have been eased.

In its latest weekly epidemiological report on Covid-19, the WHO said the Mu variant had a number of mutations that suggested it could be more resistant to vaccines, but stressed that further research would be needed to confirm this.

The global health agency said the worldwide prevalence of Mu had declined to below 0.1 per cent among sequenced cases.
However, in Colombia and neighbouring Ecuador cases had consistently increased and accounted for 39 per cent and 13 per cent of infections, respectively.

Five variants of interest – Eta, Iota, Kappa, Lambda and Mu – are to be monitored.

In a risk assessment early last month, Public Health England said there was no evidence Mu was more transmissible than Delta but its ability to evade vaccine-induced immunity could contribute to future changes.

“The level of threat from such a variant depends on its growth and expansion … In the current context there is no indication that it is outcompeting Delta,” it said.

Government pandemic adviser Professor David Hui Shu-cheong of Chinese University said the Delta variant was of greater concern but it was hard to comment because there was very little information about the Mu type.

Respiratory medicine expert Dr Leung Chi-chiu said the public did not need to be too worried about the Mu type as it was not listed as a variant of concern and had not spread in the community.

“It is only one of the 1,000 variants found across the world,” he said. “Although the Mu variant is found in 39 countries, I cannot see that it has a higher transmission efficiency compared with the Delta variant. We still have to monitor the situation.”

He added that the most effective way to defend the city against the variant still lay in border control measures to prevent local transmission.

“As long as the Mu variant does not get into the community and remains as imported cases, we do not need to worry about it too much,” he said.

Few travellers fly into Hong Kong from Colombia and Ecuador, with barely a handful of passengers making the journey each month, especially now during the pandemic.

The four domestic helpers confirmed with Covid-19 on Friday had flown into Hong Kong on Cebu Pacific flight 5J272 on Wednesday.

The group, aged between 32 and 45, carried the L452R mutation, which is linked to several variants, including the Delta one. Their infections triggered a two-week flight ban against the budget airline until September 16.