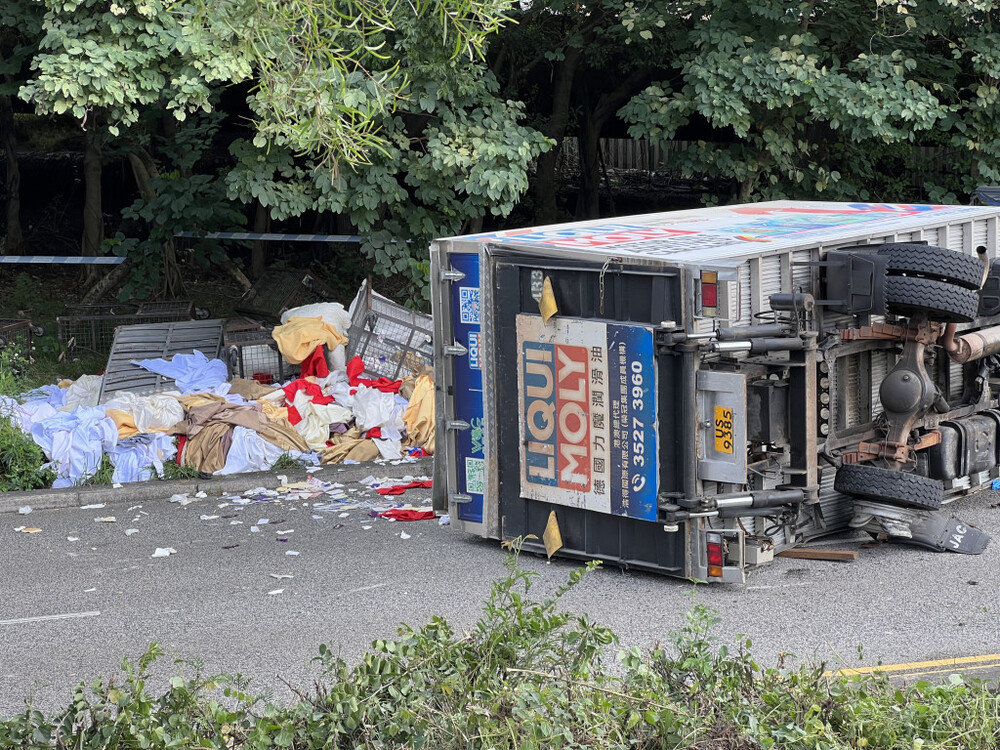 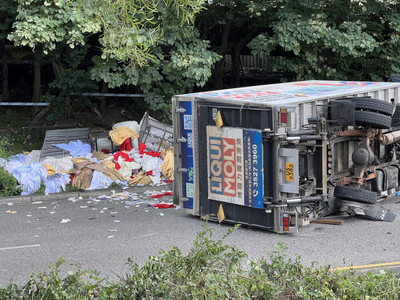 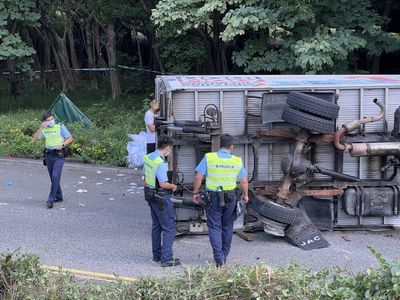 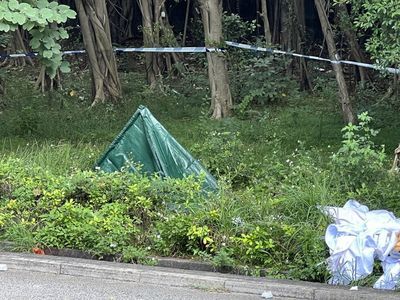 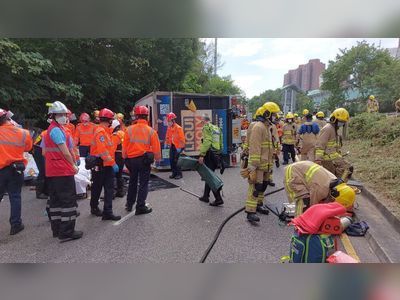 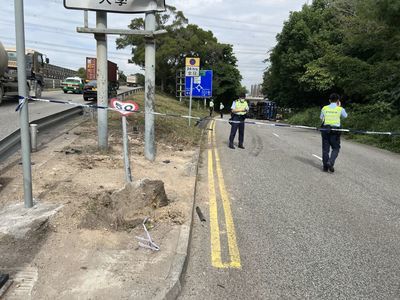 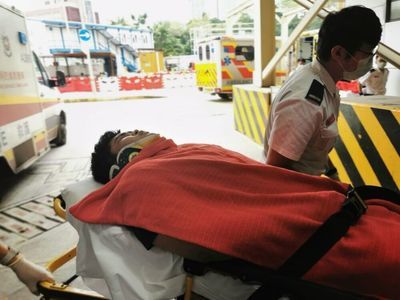 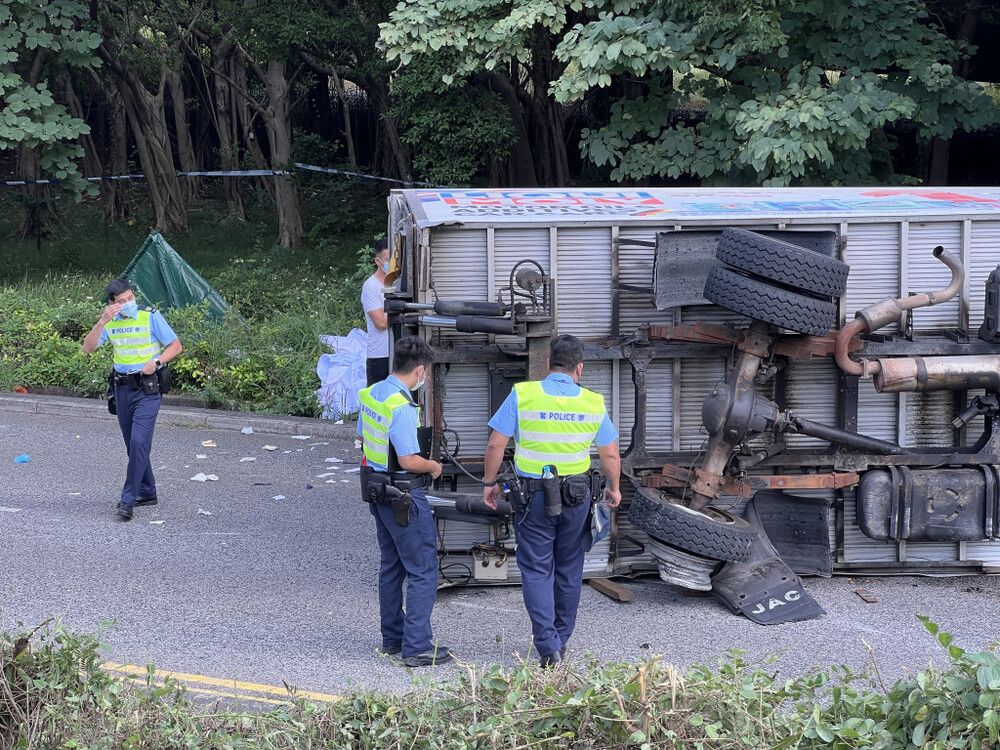 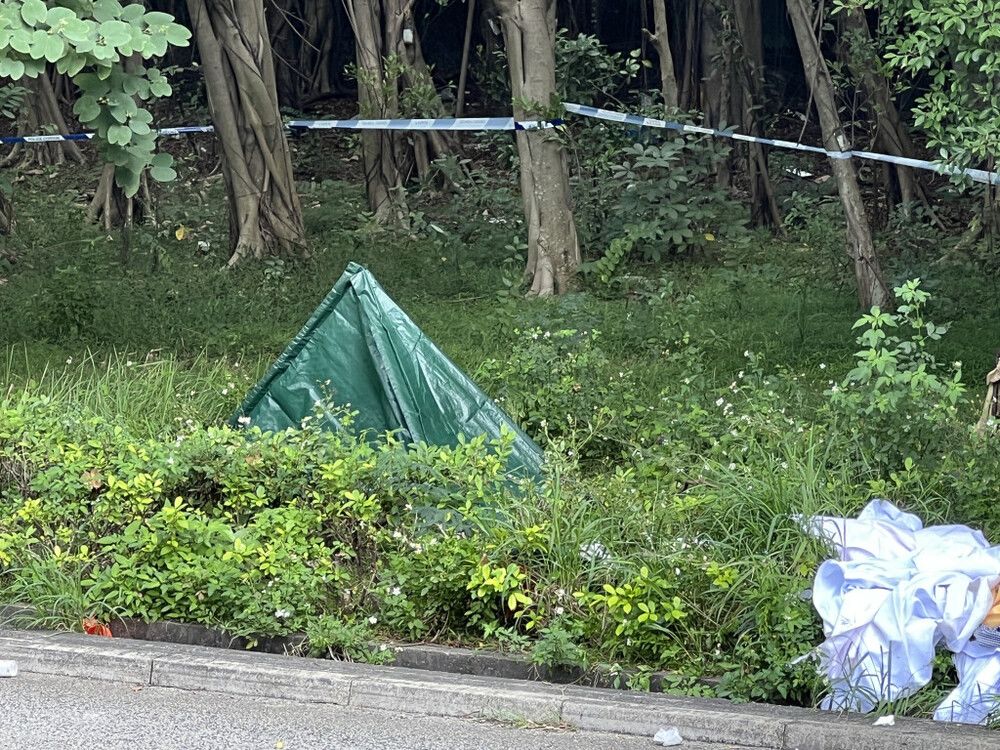 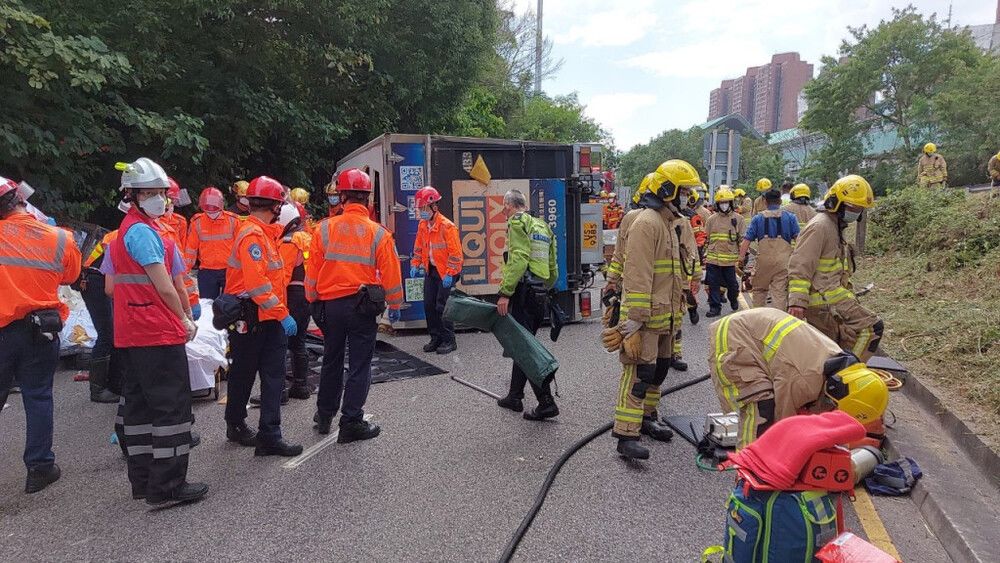 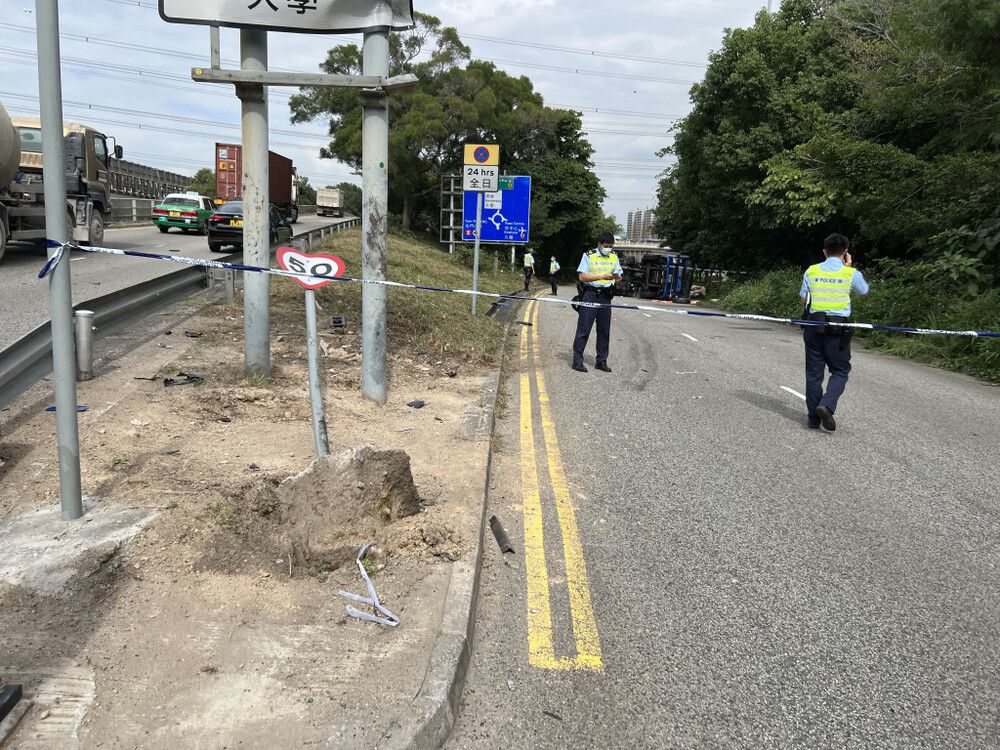 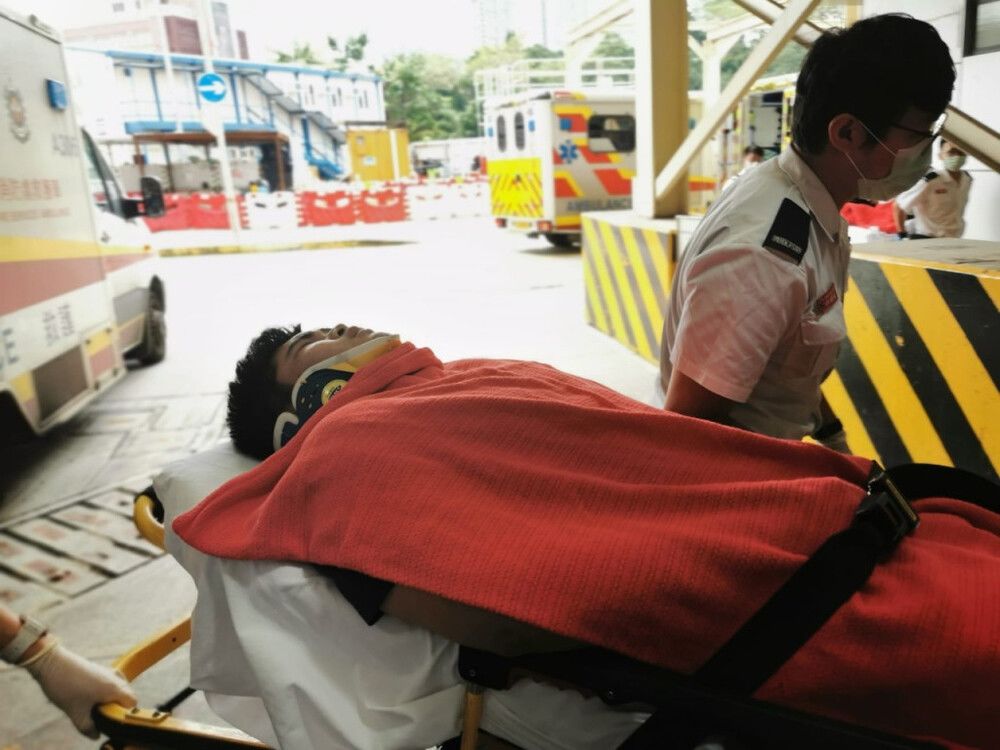 A young woman died around noon on Saturday as she was thrown out of a truck her boyfriend was driving and was crushed by it after the truck crashed into a sign in Tuen Mun and fell to its left side.

The 22-year-old boyfriend surnamed Man was driving along Castle Peak Road in Tuen Mun and reached a roundabout by Lam Tei when he suspectedly crashed into a sign and mounted onto a slope to the right, causing the truck to roll over and land on its left side.

Unluckily, his 18-year-old girlfriend surnamed Cheung was thrown out of the truck after the collision and was crushed to death by the fallen truck.

Meanwhile, Man sustained injuries to his shoulders and feet, and climbed out of the truck on his own.

Paramedics and firefighters then arrived at the scene and it took them about half an hour to rescue Cheung. Yet, Cheung showed no vital signs by that time and was pronounced dead. They also sent Man to a hospital.

It was understood that Cheung was tagging along with his boyfriend who was delivering goods at the time.

The area has been cordoned off by police for further investigations.