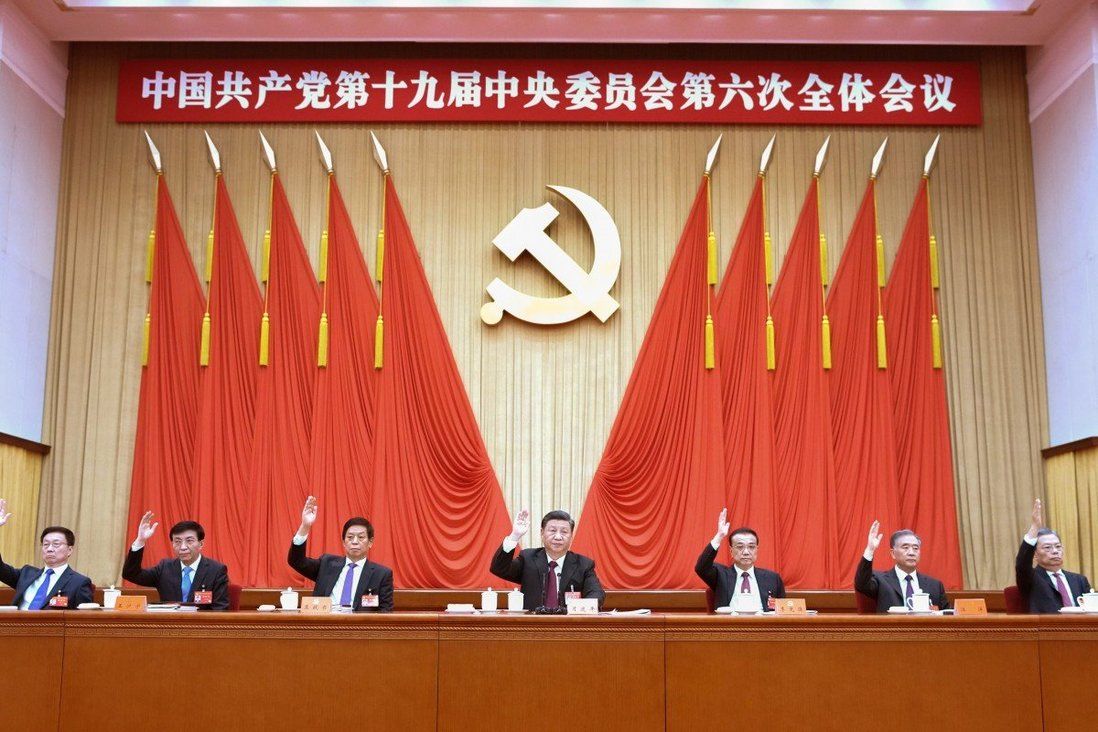 Hong Kong and Taiwan mentioned for the first time in historic resolution, indicating their key role in legacy of Chinese president.

The Chinese Communist Party in its landmark resolution on Thursday endorsed President Xi Jinping’s policies on Hong Kong and Taiwan as part of his major political achievements.

The move indicates Beijing continues to hold a firm red line on the two regions, as they will be recognised as important parts of Xi’s legacy.

This is the first time that Hong Kong and Taiwan have been mentioned in a historic resolution adopted by the party. The two previous similar documents in the party’s 100-year history, issued first by Mao Zedong in 1945 and then by Deng Xiaoping in 1981, came when the return of Hong Kong and the reunification of Taiwan were not top political priorities yet.

In a communique issued at the close of a four-day plenary session, the party’s top leadership said: “With regard to upholding the policy of ‘one country, two systems’ and promoting national reunification, the Central Committee has adopted a series of measures to address both the symptoms and root problems of the relevant issues, and resolutely implemented the principle that Hong Kong and Macau must be governed by patriots.”

The measures refer to the series of tough policy changes after social unrest broke out in Hong Kong two years ago, including the implementation of the National Security Law and an overhaul of the city’s electoral systems.

“These moves have prompted a great shift from chaos to governance in Hong Kong, laid a solid foundation for the rule of law, steady development and the implementation of ‘one country, two systems’ in Hong Kong and Macau,” the Central Committee communique said.

On Taiwan, the communique reiterated Beijing’s long-held position of the “one-China” principle, which states that the island is a part of China and opposes any moves to sabotage national unification.

Professor Lau Siu-kai, vice-president of ﻿the Chinese Association of Hong Kong and Macau Studies, a semi-official think tank in Beijing, said the inclusion of Hong Kong among Xi’s major achievements showed that the tougher control measures were backed by a “broad and solid” consensus among the leadership.

“A previous Xinhua commentary confirmed that Xi had played a decisive role in the policy changes in putting a stop to the ‘colour revolution’ in Hong Kong. Now the fact that this has been listed in the party’s key historical document shows [the move] enjoys broad support in the party and has proved to be instrumental in restoring Hong Kong’s stability,” Lau said.

Xie Maosong, a senior researcher with the National Strategy Institute at Tsinghua University in Beijing, said the fact that Hong Kong and Taiwan were mentioned shows Xi sees them as “very important parts” of his legacy.

“The communique ranks the strengthening of governance in Hong Kong and reunification with Taiwan as ‘tough problems that were long on the party’s agenda but had not been resolved, and as accomplishments that were desired but not achieved’,” Xie said.

He added that Xi, who was described in the communique as a leader with “tremendous political courage, and a strong sense of mission”, would definitely want to rally the party behind him in consolidating Beijing’s hold on Hong Kong and bringing Taiwan back to the mainland fold during his tenure, “as he does not want to leave the two issues to future generations”.

Beijing views self-ruled Taiwan as breakaway territory that must be brought back under control, by force if necessary. It has time and again warned the US against official and military contact with Taipei, and viewed any official exchanges between the two as provocative moves.