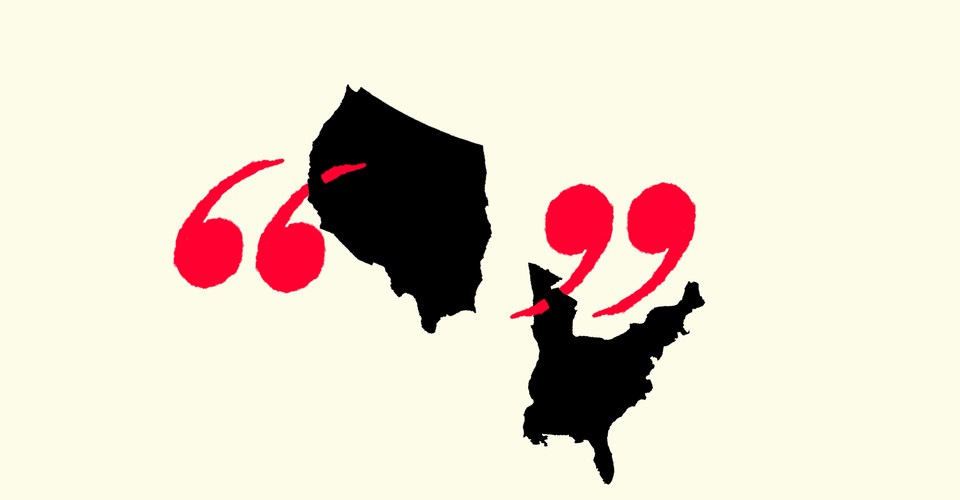 Words Have Lost Their Common Meaning

The word racism, among others, has become maddeningly confusing in current usage.

Has American society ever been in less basic agreement on what so many important words actually mean? Terms we use daily mean such different things to different people that communication is often blunted considerably, and sometimes even thwarted entirely. The gap between how the initiated express their ideological beliefs and how everyone else does seems larger than ever.

The word racism has become almost maddeningly confusing in current usage. It tempts a linguist such as me to contravene the dictum that trying to influence the course of language change is futile.

Racism began as a reference to personal prejudice, but in the 1960s was extended via metaphor to society, the idea being that a society riven with disparities according to race was itself a racist one. This convention, implying that something as abstract as a society can be racist, has always felt tricky, best communicated in sociology classes or careful discussions.

To be sure, the idea that disparities between white and Black people are due to injustices against Black people—either racist sentiment or large-scale results of racist neglect—seems as plain as day to some, especially in academia. However, after 50 years, this usage of racism has yet to stop occasioning controversy; witness the outcry when Merriam-Webster recently altered its definition of the word to acknowledge the “systemic” aspect. This controversy endures for two reasons.

First, the idea that all racial disparities are due to injustice may imply that mere cultural differences do not exist. The rarity of the Black oboist may be due simply to Black Americans not having much interest in the oboe—hardly a character flaw or evidence of some inadequacy—as opposed to subtly racist attitudes among music teachers or even the thinness of musical education in public schools. Second, the concept of systemic racism elides or downplays that disparities can also persist because of racism in the past, no longer in operation and thus difficult to “address.”

Two real-world examples of strained usage come to mind. Opponents of the modern filibuster have taken to calling it “racist” because it has been used for racist ends. This implies a kind of contamination, a rather unsophisticated perspective given that this “racist” practice has been readily supported by noted non-racists such as Barack Obama (before he changed his mind on the matter). Similar is the idea that standardized tests are “racist” because Black kids often don’t do as well on them as white kids. If the tests’ content is biased toward knowledge that white kids are more likely to have, that complaint may be justified. Otherwise, factors beyond the tests themselves, such as literacy in the home, whether children are tested throughout childhood, how plugged in their parents are to test-prep opportunities, and subtle attitudes toward school and the printed page, likely explain why some groups might be less prepared to excel at them.

Dictionaries are correct to incorporate the societal usage of racism, because it is now common coin. The lexicographer describes rather than prescribes. However, its enshrinement in dictionaries leaves its unwieldiness intact, just as a pretty map can include a road full of potholes that suddenly becomes one-way at a dangerous curve. Nearly every designation of someone or something as “racist” in modern America raises legitimate questions, and leaves so many legions of people confused or irritated that no one can responsibly dismiss all of this confusion and irritation as mere, well, racism.

To speak English is to know the difference between pairs of words that might as well be the same one: entrance and entry. Awesome and awful are similar. However, one might easily feel less confident about the difference between equality and equity, in the way that today’s crusaders use the word in diversity, equity, and inclusion.

In this usage, equity is not a mere alternate word for equality, but harbors an assumption: that where the races are not represented roughly according to their presence in the population, the reason must be a manifestation of (societal) racism. A teachers’ conference in Washington State last year included a presentation underlining: “If you conclude that outcomes differences by demographic subgroup are a result of anything other than a broken system, that is, by definition, bigotry.” A DEI facilitator specifies that “equity is not an outcome”—in the way equality is—but “a process that begins by acknowledging [people’s] unequal starting place and makes a commitment to correct and address the imbalance.”

Equality is a state, an outcome—but equity, a word that sounds just like it and has a closely related meaning, is a commitment and effort, designed to create equality. That is a nuance of a kind usually encountered in graduate seminars about the precise definitions of concepts such as freedom. It will throw or even turn off those disinclined to attend that closely: Fondness for exegesis will forever be thinly distributed among humans.

Many will thus feel that the society around them has enough “equalness”—i.e., what equity sounds like—such that what they may see as attempts to force more of it via set-aside policies will seem draconian rather than just. The subtle difference between equality and equity will always require flagging, which will only ever be so effective.

The nature of how words change, compounded by the effects of our social-media bubbles, means that many vocal people on the left now use social justice as a stand-in for justice—in the same way we say advance planning instead of planning or 12 midnight instead of midnight—as if the social part were a mere redundant, rhetorical decoration upon the keystone notion of justice. An advocacy group for wellness and nutrition titled one of its messages "In the name of social justice, food security and human dignity," but within the text refers simply to "justice" and "injustice," without the social prefix, as if social justice is simply justice incarnate. The World Social Justice Day project includes more tersely named efforts such as “Task Force on Justice” and “Justice for All.” Baked into this is a tacit conflation of social justice with justice conceived more broadly.

However, this usage of the term social justice is typically based on a very particular set of commitments especially influential in this moment: that all white people must view society as founded upon racist discrimination, such that all white people are complicit in white supremacy, requiring the forcing through of equity in suspension of usual standards of qualification or sometimes even logic (math is racist). A view of justice this peculiar, specific, and even revolutionary is an implausible substitute for millennia of discussion about the nature of the good, much less its apotheosis.

What to do? I suggest—albeit with little hope—that the terms social justice and equity be used, or at least heard, as the proposals that they are. Otherwise, Americans are in for decades of non-conversations based on greatly different visions of what justice and equ(al)ity are.

I suspect that the way the term racism is used is too entrenched to yield to anyone’s preferences. However, if I could wave a magic wand, Americans would go back to using racism to refer to personal sentiment, while we would phase out so hopelessly confusing a term as societal racism.

My proposals qualify, indeed, as modest. I suspect that certain people will continue to use social justice as if they have figured out a concept that proved elusive from Plato through Kant through Rawls. Equity will continue to be refracted through that impression. Legions will still either struggle to process racism both harbored by persons and instantiated by a society, or just quietly accept the conflation to avoid making waves.

What all of this will mean is a debate about race in which our problem-solving is hindered by the fact that we too often lack a common language for discussing the topic.
Add Comment