Wizz Air is facing a backlash from pilot unions after the airline's boss appeared to call on crew to work through fatigue.

Chief executive Jozsef Varadi said staff should go "the extra mile" when tired so that the airline could avoid cancelling flights.

Pilot unions said flying when fatigued is dangerous and his comments showed a "deficient safety culture".

But Wizz Air said Mr Varadi was addressing all workers not just pilots.

Like some airlines, Wizz Air has been forced to cancel flights over the recent Jubilee bank holiday which coincided with schools' half-term break because of "widespread shortages in staff".

On Wednesday Mr Varadi told workers: "Now that everyone is getting back into work, I understand that fatigue is a potential outcome of the issues but once we are starting stabilising the rosters, we also need to take down the fatigue rate.

"I mean, we cannot run this business when every fifth person of a base reports sickness because the person is fatigued. We are all fatigued but sometimes it is required to take the extra mile."

Mr Varadi added, "The damage is huge when we are cancelling the flights, it's huge. It is reputational damage of the brand and it is the other financial damage, transactional damage because we have to pay compensation for that."

The European Cockpit Association, which has been pushing for union recognition at Wizz Air, shared a short clip of Mr Varadi's address.

It said the comments encouraged pilots to fly when fatigued, and called on regulators to step in.

"It's like handing the car keys to a drunk driver," the union said, adding it showed a "deficient safety culture" at the airline.

Martin Chalk, general secretary of the British Airline Pilots' Association (Balpa), said that "fatigue has been shown, in many studies, to have effects on a person's thinking and decision making similar to alcohol".

"No-one supports pilots or other safety sensitive staff working with alcohol in their system," he said, adding that he was "very surprised by the apparent views of Mr Varadi on fatigue".

He called on Mr Varadi to clarify his comments, and that if he really believed pilots should fly when fatigued, "he should consider whether he is in the right job".

When airline pilots are very tired "it can be life or death", he added. "People's lives are important, and we don't squander them for no reason - definitely not for profit."

There are restrictions on the number of hours air crew are supposed to work.

Rules state that air crew should not fly, and should not be required to fly, if they are in a state of fatigue which could endanger passengers or the aircraft. 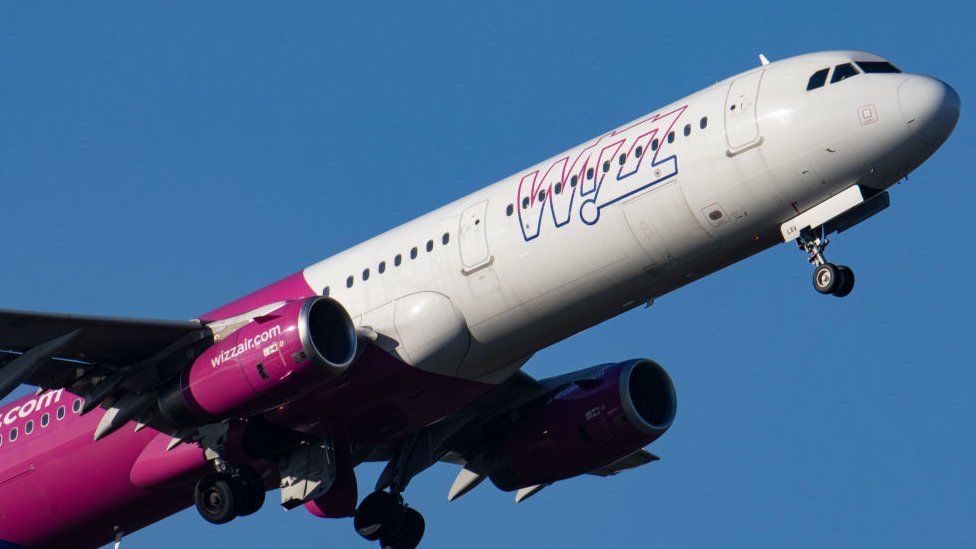 Wizz Air denied that Mr Varadi was specifically targeting pilots but was speaking to all staff. It said in a statement: "Our crew unavailability has been very low, at 4%. In this context, going the extra mile to minimise disruption was discussed.

"What this does not mean is compromising safety. Wizz Air and the airline industry are highly regulated, and safety has, and always will be, our first priority."

It added: "This clip has been edited from an all staff briefing - not pilots only, but also cabin crew and all office employees - on key business updates and current challenges facing aviation.