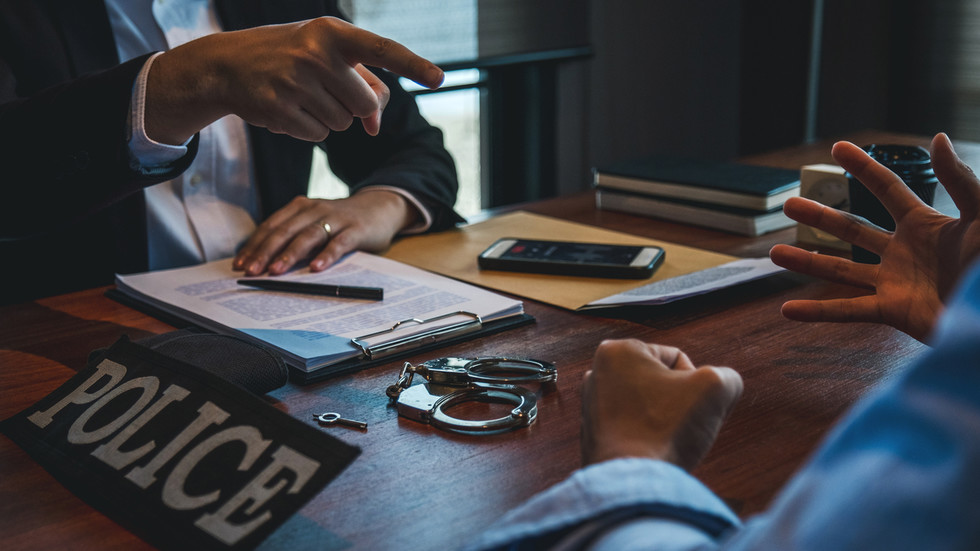 Silence the wolf whistles, don’t say ‘you look lovely in lycra’ to that woman at the gym, and don’t tweet about transgender women not being real women. You could be breaking the law and be charged.

Welcome to an Orwellian world where what you think about women, gays or Muslims may now be criminalised under hate crime legislation proposed by the Law Commission. Since its invention in the United States in the 1980s, the number of different hate crimes have been growing and growing.

In Britain, misogyny is set to become the sixth hate crime after race, religion, disability, sexual orientation and transgender identity. Once misogyny is rebranded as a crime, it is only a matter of time before negative attitudes towards others will also be criminalised. It raises the possibility that hatred of men might also become a crime, while it seems that every identity group is out to gain legal support for its claim that its critics are hate criminals.

Groups as disparate as vegans and fat people are demanding to be protected through the enactment of new hate crime legislation.

The invention of hate crime was and remains a travesty of justice. In a civilised society, people are prosecuted and judged for what they have done rather than what they think or how they express themselves.

We may not like the fact that many of us are biased and have prejudices towards a variety of people, cultures or religions. But our prejudices are a personal matter and should be of no interest to police or the criminal justice system. Citizens should only be held responsible under the law for their actions.

Once we criminalise what people think, it is only a matter of time before a thought police is established to explore our private inner life.

Another reason why hate crime is wrong in principle is because by focusing on subjective attitudes it deprives the legal system of its objectivity. The expression of the emotion of hate is in the eye of the beholder.

An act of communication like “you look great in your bikini” may be motivated by admiration or by the impulse to put someone down. Under the existing law, it does not matter what you intended to communicate, what matters is how it is perceived.

The subjective dimension of hate crime is recognised in UK legal procedures. The charge can never be totally disproven. Take the example of Harry Miller, a former constable, who was visited by an officer from Humberside Police in January 2019, after posting a comment about transgender people on Twitter. The officer informed him that, “I am here to check your thinking”.

Though Miller was informed that he had not committed a crime, he was told that his tweet - which questioned whether transgender women were real women - would be recorded as a “hate incident” and his social media account would be monitored.

Miller was lucky, because when he appealed against his treatment by the police, the judge supported his case. Mr Justice Julian Knowles indicated that the police had violated his democratic freedom. He added that, “in this country we have never had a Cheka, a Gestapo or a Stasi. We have never lived in an Orwellian society.”

But not even Mr Justice Julian Knowles could bring himself to reject the College of Policing guidelines on hate crimes. He stated that they “serve legitimate purposes and [are] not disproportionate”.

‘Perceived’ means that it is in the eyes of the beholder. As the Operational Guidance points out: “The victim does not have to justify or provide evidence of their belief, and police officers or staff should not directly challenge this perception. Evidence of the hostility is not required for an incident or crime to be recorded as a hate crime or hate incidents.”

This is dangerous territory: there need not be any evidence of hatred for an incident to be registered in the police-recorded hate-crime data. All that is required is that somebody reported an event to the police!

The most insidious dimension of the enactment of hate crime is that by its very existence it shuts down discussion and debate. Hate crime is an enemy of freedom of speech. People have already become wary of voicing their beliefs in case someone becomes offended by them and decides that the offending words were an expression of hate.

Those who are genuinely concerned about challenging hateful ideas in all their forms should uphold the ideal of tolerance. Instead of policing people’s thoughts and words, tolerance demands freedom for the expression of all points of view.

Why? Because an open clash of views provides the best opportunity for educating society and combating prejudice.
Add Comment