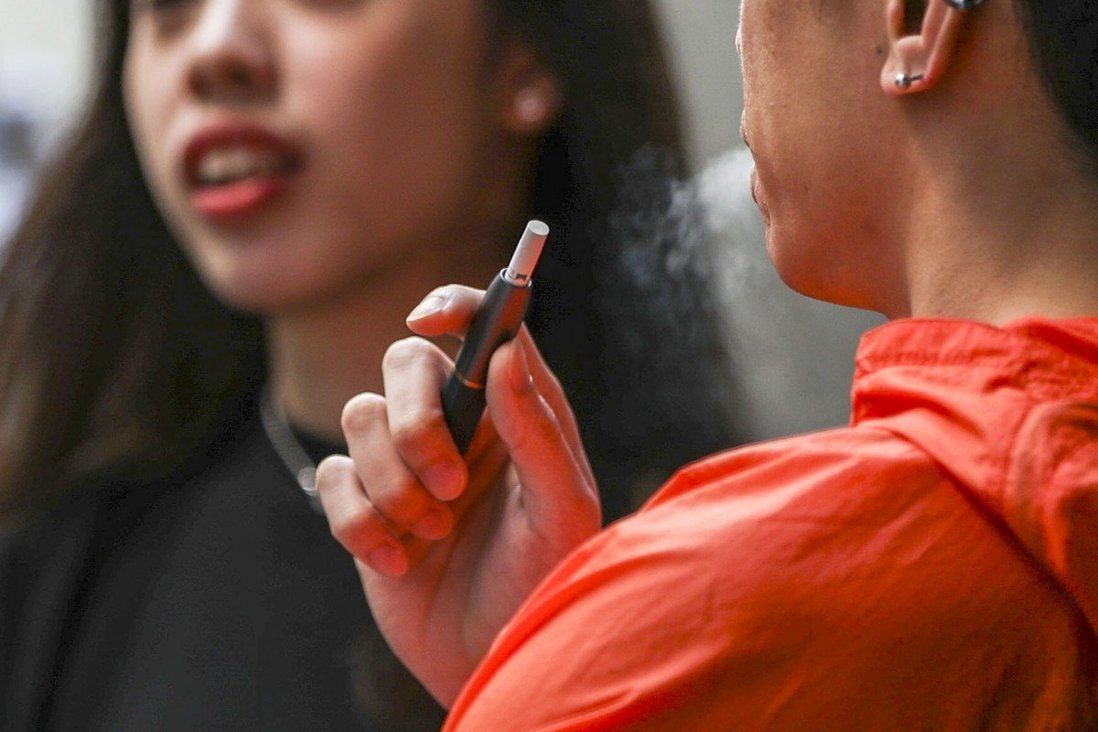 With e-cigarette ban on horizon in Hong Kong, activists on both sides ramp up pressure

Heated Tobacco Concern Group releases survey that suggests ban will do little to encourage users to give up smoking, but tobacco opponents say the move is long overdue and the health of young people cannot be put at risk.

Banning e-cigarettes and similar smoking products in Hong Kong will do little to encourage people who use heated tobacco products to give up the habit, a survey suggests, with nine out of 10 users saying they will simply switch to regular cigarettes.

But health activists say the ban is long overdue and the tobacco lobby is putting the health of young people at risk by arguing the proposed legislation is misguided.

Groups on both sides of the debate are ramping up pressure as the Legislative Council prepares to take up the Smoking (Public Health) (Amendment) Bill 2019, which is aimed at banning e-cigarettes and heated tobacco products.

Lawmakers have been circling around the issue since 2014, but with the city’s largest political party indicating it will back the bill, the ban appears to be on the way.

The government wants the Legislative Council to approve the law before the end of its session in October and it could be in force as early as April.

Stakeholders on both sides of the issue are arguing the merits of whether to ban both e-cigarettes and heated tobacco products or to ban the former but permitting and regulating the sale of the latter.

The Heated Tobacco Concern Group released its survey on Friday gauging the attitudes of 882 users of heated tobacco products, which found 90 per cent of respondents would turn to traditional cigarettes in the event of a total ban.

The remaining 10 per cent said they would continue to use heated tobacco products but buy them on the black market. The survey was carried out in the last week of August and was based on online questionnaires and street interviews.

Group convenor Joe Lo Kai-lut said it was striking that none of the respondents said they would give up smoking if a ban was introduced.

“Lying at the heart of the issue is how we should draw the boundary between personal choice and public health,” Lo said. “It is heated tobacco today. It can be alcohol tomorrow and then fast food, chewing gum, soft drinks. Where will we be at the end of all that?”

Lo, who has smoked for 20 years and switched to heated tobacco products five years ago, said the new alternatives had helped him quit traditional cigarettes and improved his health, as well as benefited his family and social life due to the reduced odour.

But Dr Judith Mackay, director of the Asian Consultancy on Tobacco Control, said all forms of tobacco use were harmful and no level of exposure was safe.

“These new products offer a new, trendy, exciting way of using tobacco and nicotine, accompanied by appalling advertising directed at children,” Mackay said. “Once the genie is out of the bottle, it cannot be put back. Please don’t experiment with Hong Kong’s youth.

“And now we hear the same argument being used for heated tobacco products. It is a tired and discredited industry argument.”

Dr Tam Cheuk-yin, a respiratory medicine specialist and former chairman of the Hong Kong Lung Foundation, argued that without a blanket ban the new products could increase the burden on the heath care system as smokers were more prone to chronic diseases and other complications.

Tam said he also feared that excluding heated tobacco products from the ban would send a “dangerous and confusing” message to young people that it was more acceptable than other ways of smoking.