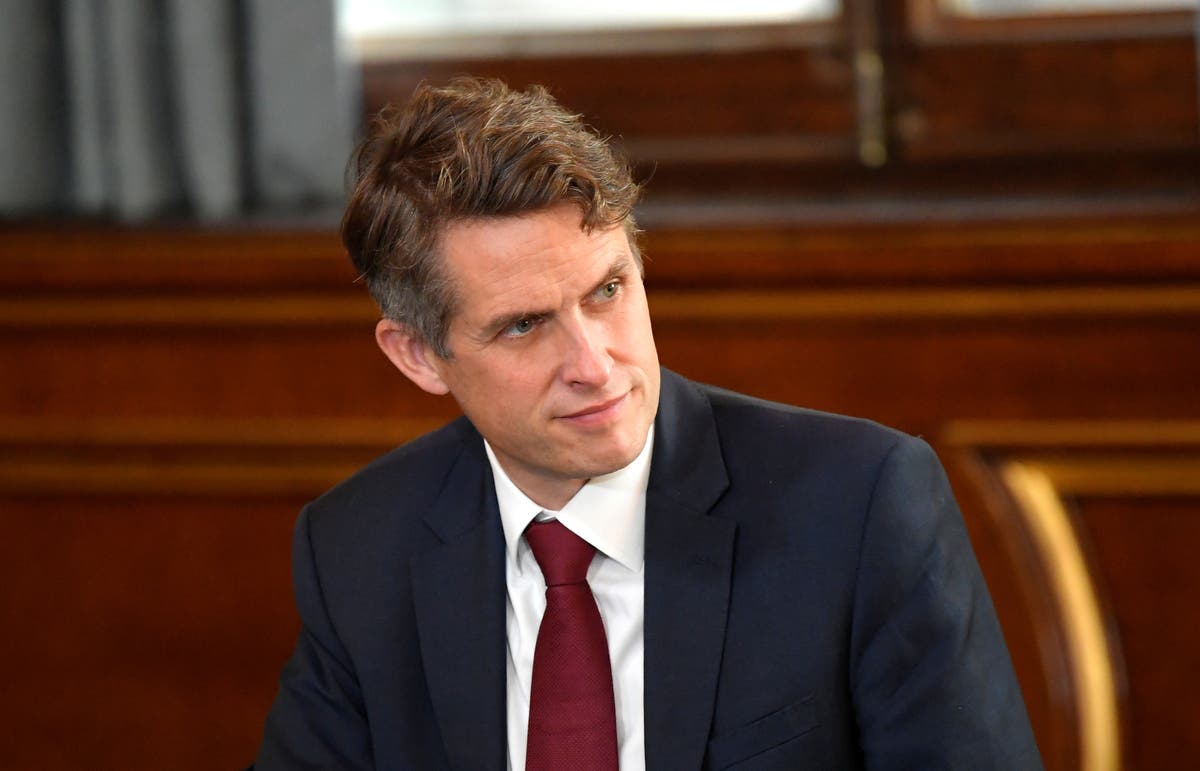 The RE teacher was suspended for showing his class the cartoon

Gavin Williamson has condemned the "threats and intimidation" that a teacher has faced after he was suspended for showing his class a cartoon of the Prophet Mohammed.

It comes after dozens of protesters gathered at the gates of Batley Grammar School, near Bradford, on Thursday morning, forcing the school to advise students to stay at home while police officers stood guard.

The 29-year-old Religious Studies teacher is said to have shown the image to pupils during a lesson on Monday. 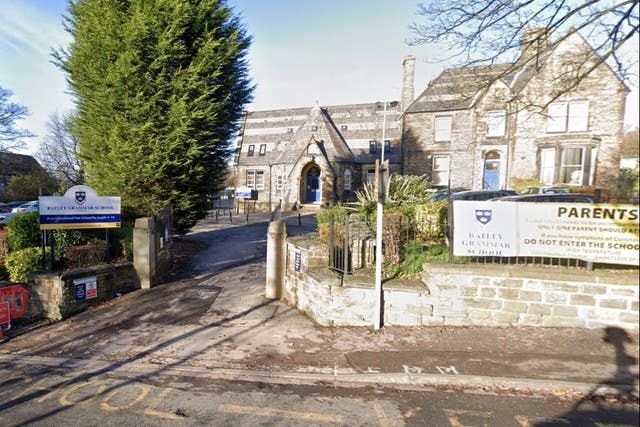 Mr Williamson intervened on Thursday night, with a spokesman for the Department for Education saying: “It is never acceptable to threaten or intimidate teachers. We encourage dialogue between parents and schools when issues emerge.

"However, the nature of protest we have seen, including issuing threats and in violation of coronavirus restrictions are completely unacceptable and must be brought to an end."

“Schools are free to include a full range of issues, ideas and materials in their curriculum, including where they are challenging or controversial, subject to their obligations to ensure political balance.

"They must balance this with the need to promote respect and tolerance between people of different faiths and beliefs, including in deciding which materials to use in the classroom.”

Protesters had gathered outside the school following claims a member of staff had shown students a cartoon deemed offensive to the Islamic faith.

Pictures circulating on social media earlier in the day showed dozens of people stood outside the school gates, partially blocking the road.

The school has "unequivocally" apologised for showing "totally inappropriate" material to children and said a member of staff has been suspended pending an investigation.

Dr Abdul Shaikh, a local academic in Batley and Muslim activist, said he had heard about the incident on social media on Wednesday night.

He said: "I was shocked like many Muslims in the town that Muslim school children's religious sensitivities were completely ignored by the school teacher who decided to show an offensive image that lampooned the noble Prophet Mohammed.

"Every Muslim around the world holds the Prophet in the highest esteem.

"I feel that the school should be allowed to complete their investigation in due course and find a fair and adequate solution that satisfies first and foremost Muslim pupils, their parents and the wider Muslim community in Batley.

"This situation should not be allowed to happen again for the sake of community cohesion in the area."

West Yorkshire Police said they were called to the protest at around 7.30am on Thursday.

A police spokesman said the school road had been closed for a short time, no arrests were made and no fines were issued.

"The member of staff has also given their most sincere apologies.

"We have immediately withdrawn teaching on this part of the course and we are reviewing how we go forward with the support of all the communities represented in our school.

"It is important for children to learn about faiths and beliefs, but this must be done in a sensitive way.

"The member of staff has been suspended pending an independent formal investigation."

In a letter addressed to Mr Kibble and shared online, founder of Batley-based charity Purpose Of Life, Mohammad Sajad Hussain, said he was "deeply hurt" by the "insulting caricatures of our beloved Prophet Mohammed".

He said the charity is unwilling to work with or promote the school until the teacher is "permanently removed".

Qari Asim, a senior imam at the Makkah Mosque in Leeds, said: "I sympathise with the parents and pupils because sadly, this is not the first time we have seen offensive images of Prophet Mohammed being used.

"People have a right to express their concerns and hurt but protests can't always achieve what can be achieved through constructive dialogue - fair investigation by the school, in consultation with the parents, should be allowed to take place.

"We do not want to fan the flames of Islamophobia and provoke hatred or division."

However, the National Secular Society branded the protest as an "attempt to impose an Islamic blasphemy taboo on a school".

Stephen Evans, chief executive of the National Secular Society, said: "Teachers must have a reasonable degree of freedom to explore sensitive subjects and enable students to think critically about them.

"And the school's weak response will fuel a climate of censorship, which is brought on by attempts to force society as a whole to accommodate unreasonable and reactionary religious views."