Headline writers would have been thinking about "Brothers in arms" or maybe "Brothers in grief" for their coverage.

The sight of Princes William and Harry meeting the crowds together will become one of the stand-out and most unexpected images from what have been sombre days.

With their wives, Catherine and Meghan, they greeted people in Windsor, in a way that couldn't have been predicted last week, when the Sussexes returned to the UK. 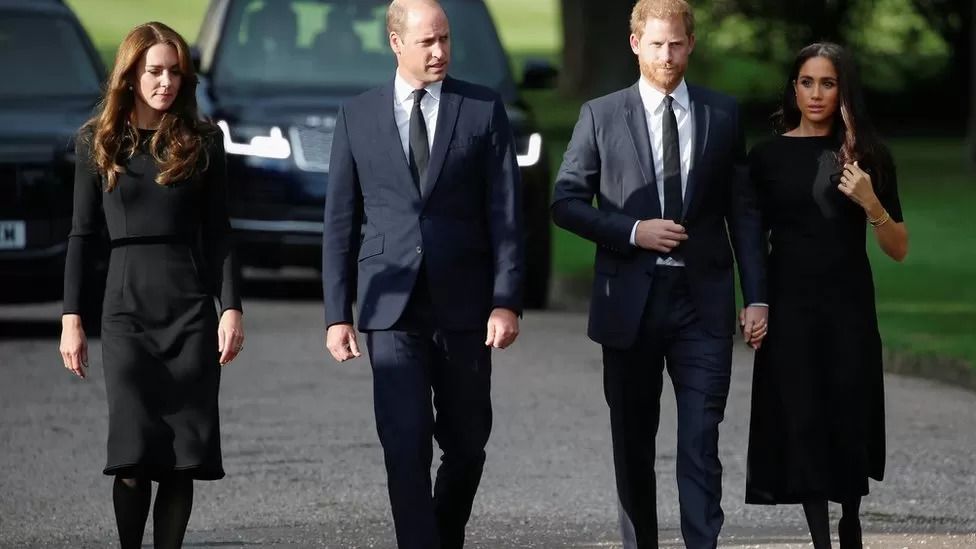 The couples went on an unexpected walkabout together in Windsor

The talk then was of feuds and unbridgeable differences between couples. They were said to be staying in houses close together on the Windsor estate, while emotionally many miles apart. The couple hadn't been seen together in public for more than two years.

That all changed on Thursday. If William and Harry were not planning to see each other, they were brought together in ways that couldn't have been predicted.

It already seems a long time ago, but as the news worsened about the Queen, and the country was checking for updates on their phones, the two brothers were both making rushed journeys to Balmoral.

Families can fall out when there's a bereavement. Feelings are running high and are close to the surface. It's easy for old arguments to be brought back by grief. 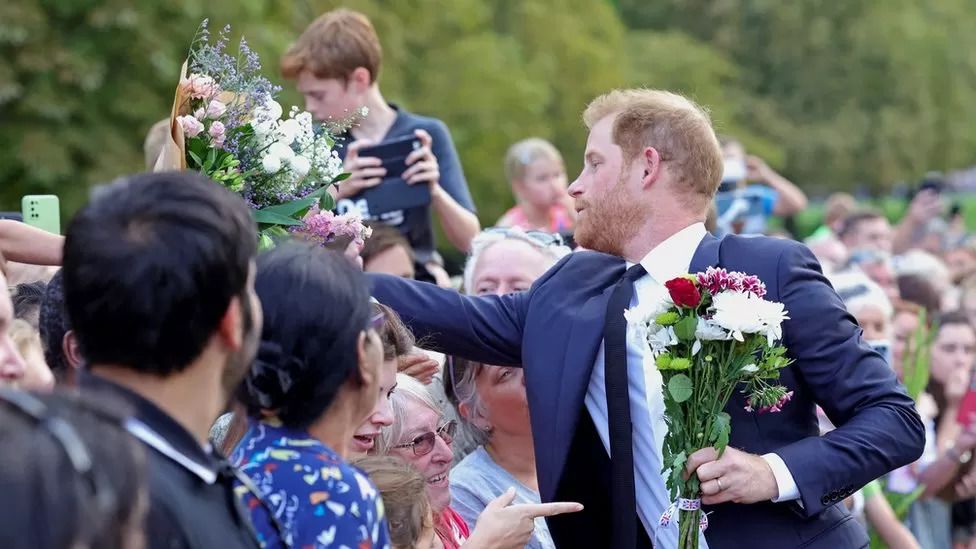 Prince Harry was given flowers by well-wishers

But losing a loved one can also bring unity, putting things into perspective and setting disagreements aside. It can be a time to come together.

Of course, looking in from the outside, no one watching the TV pictures really knows what's happening. Was this only a show? Had they been told to send out this positive message?

It's going to be complicated and private between two brothers. And William and Harry have already faced the hard-to-measure sense of loss at an early age, with the death of their mother Diana.

For the waiting public, looking to show their own solidarity with the mourning Royal Family, they clearly warmed to the idea of William and Catherine, Harry and Meghan, appearing together. For a few minutes at least, the royal famous foursome were back. It tuned in to the public mood.

According to royal sources, it was Prince William who had extended the invitation to Prince Harry and Meghan to go on this walkabout.

Even if this is a moment of togetherness, there is no disguising that this is also a moment of great divergence. The brothers are on pathways about to take them in completely different directions. 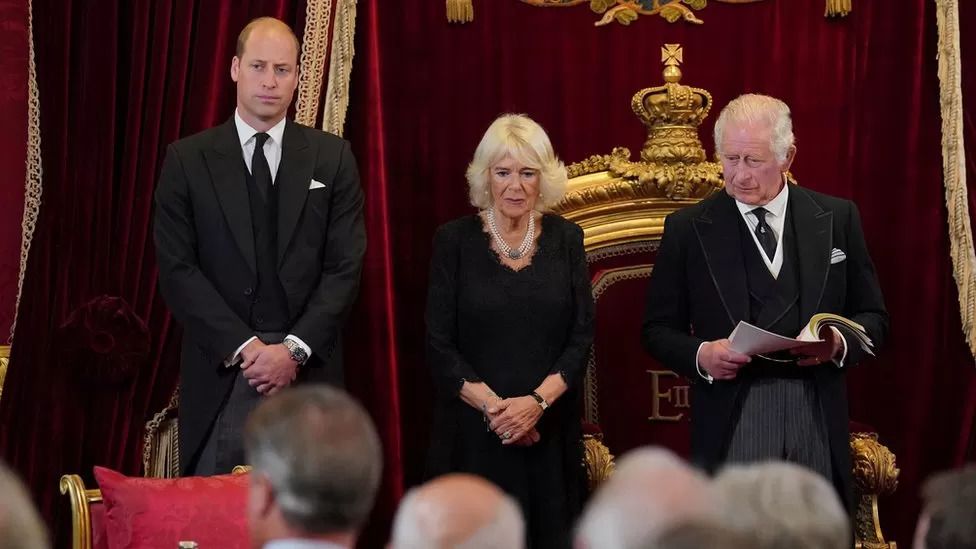 William, now Prince of Wales, is now on a different path from his brother

On the death of the Queen, William became heir to the throne. He will be keenly aware of what now lies ahead. He has a new and much more important status than his brother.

William is now the Prince of Wales, the name that they both until yesterday used to call their father - that must seem strange enough in itself.

When the reign of King Charles III was proclaimed at the Accession Council on Saturday, William was standing firmly behind the new monarch.

It's likely that the King and Camilla, now the Queen Consort, with William and Catherine will be the core group, almost a separate unit, at the heart of the monarchy. It was this foursome that often appeared together when Charles was standing in for his mother.

Prince Harry is on a very different route, living with Meghan and his young family in California, with media ventures, charities and campaigns. They have to invent their own post-royal life, while still part of the Royal Family. They generate huge public interest, not always positive, and seem to live with a media tornado hovering above them.

Even among the most carefully-choreographed steps of public mourning, there are still families and people falling out and making up.