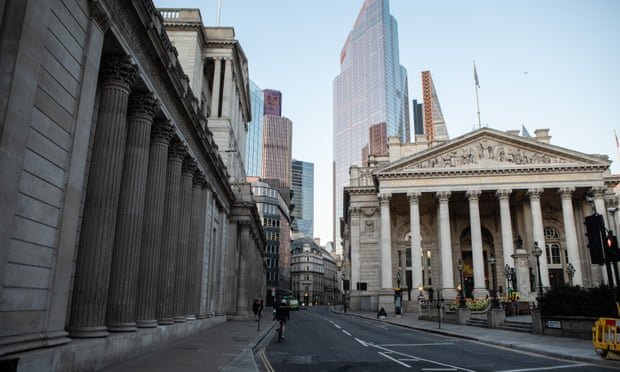 Why you shouldn't fall for the panic about Britain's public debt

The right wants to spread alarm about government borrowing, but it’s a sound, affordable response to the pandemic

A number of journalists, politicians and observers have become increasingly concerned about the mounting quantity of public debt involved in the UK’s coronavirus response. These “quantity vigilantes”, as I like to call them, worry that public debt has been growing at unprecedented levels since the pandemic began, passing 100% of GDP – a level not seen since 1963.

This record peacetime deficit will only mount as the second wave of coronavirus hits jobs, investment and spending across the British economy. So how bad will it get? To some alarmists, what awaits us is no longer simply the “sacred responsibility” to balance the books for the next generation – that old Conservative trope marshalled to legitimise austerity – but something far worse: an impending currency crisis.

This conclusion is worrying. But to arrive here, the quantity vigilantes must remain silent about two inconvenient factors: interest rates and the institutional arrangement of the bond market. Mention either, and the shrill warnings of imminent fiscal apocalypse quickly lose their vigour.

To see why, you need to understand how government borrowing works. The Treasury finances its operations in the bond market. It has an overdraft account at the Bank of England, known as “ways and means”, which it only uses in extraordinary circumstances – and even then in relatively low volumes. The Treasury has an operating agent, the Debt Management Office (DMO), tasked with raising money in markets to finance government activity via bond issuance.

The DMO issues bonds, or “gilts”, typically at five-, 10- or 30-year maturities, and also uses short-term cash instruments. It pays bondholders a fixed interest rate on the amount borrowed that usually reflects the market interest rate at the time. Gilts also trade in secondary markets, allowing bondholders to sell before maturity. As bond prices change, yields – what investors would gain over the remaining life of the bond if they bought it and held on to it until it matures – also change, in the opposite direction.

As any first-year macroeconomic textbook will tell you, a rapid increase in quantity – almost half a trillion pounds of bonds to be issued in the 2020-2021 fiscal year as a result of record government borrowing – should lead to a fall in bond prices, and an increase in the yields that creditors expect from the UK government.

But this is simply not true for the UK government bond market. At the end of October 2020, the 10-year yields were lower than a year before, and significantly lower than five years before that. At shorter maturities, yields fell into negative territory, meaning investors pay for the privilege of lending to the government. This is not a British anomaly, but a historical trend that dates back at least 15 years. In high-income countries, bond investors welcome ultra-easy fiscal policy with lower interest rates, or what the economist Erik Norland calls the “stimulus/debt paradox”.

This paradox underpins the alarmists’ second blind spot: the institutional reality of the bond markets. Government bonds have become the cornerstone of modern financial systems. Private financial institutions, from pension funds to insurance companies, hedge funds or banks, hold them for regulatory purposes, demand them for speculative reasons, use them as collateral to get cheap leverage, and run to them during bad times because government bonds are viewed, rightfully or not, as the ultimate risk-free asset.

In 1979, when Margaret Thatcher came to power, the Bank of England held around 17% of outstanding UK government bonds. That share fell to zero by 1988, and stayed at zero until the global financial crisis. The crisis changed everything, as the Bank caught up with the institutional reality of modern financial systems. By 2010, the Bank of England’s holdings rose to 20%. Then, in 2015, the Bank announced that it would normalise its direct interventions in the UK government bond market as a new “market-maker of last resort” policy tool, directed at preserving the stability of a financial system heavily reliant on liquid gilts.

It used that tool forcefully in response to the pandemic, purchasing half of UK government bonds issued since February 2020. Unprecedented as this monetary financing may be, it pales in comparison with the European Central Bank, which purchased 70% of debt issued by European governments in that period, or the Bank of Japan, at 75%.

In case this all sounds complicated, here’s what it means: the current level of public debt is not a cause for alarm, because interest rates will stay low and structural demand for bonds is unlikely to disappear.

So will the quantity vigilantes, like any broken clock, eventually chime right? For the government’s current rate of borrowing to result in a currency crisis, nothing short of a political tsunami would be required. The UK would have to radically reform its financial system to reduce the structural private demand for government bonds. Absent such measures, the Bank of England would need to be prepared to risk financial stability by lifting its very visible hand from the government bond market.

It may be willing to do that, and increase interest rates rapidly if confronted with significant inflationary pressures. But here, reality again works against alarmist predictions: the pandemic has brought deflationary winds into a world where the central banks of high-income countries struggle to make sense of the forces that could generate inflation high enough to warrant interest rate increases. No wonder there is a near universal consensus in financial markets that interest rates on public debt in these countries will stay very low for very long.

It’s easy to dismiss the argument that we have too much public debt as a poorly informed take on the state of UK’s finances. But it is a mistake to do so. After all, what is at stake here is the willingness of the UK government to feed its hungry children, to finance the NHS, and to invest in a just transition to a green economy. These are political choices in a high-income country that can afford to pay for them.

Pretending that rapidly growing public debt is an alarming cause for concern is just a Trojan horse for a politics suspicious of state interventions, particularly where it involves some form of redistribution from the rich to the poor.
Add Comment