The departure of the Jumbo Floating Restaurant would be a sad continuation of the trend of post-World-War-II local history disappearing. This is about an outdated antiquities assessment process, preserving Hong Kong’s collective memory and establishing the future of tourism in the city.

Recent days have seen Hong Kong suffer another blow, with the Jumbo Floating Restaurant – a long-standing icon of the city – set to leave in weeks amid mounting losses during the pandemic. Social media has been filled with discussion about the potential loss and discontent over the government’s lack of action.

This is just the latest example of Hong Kong’s inability to preserve its contemporary history. Another case in point is the General Post Office building in Central, which opened in 1976. In 2019, the government announced plans to demolish it, sparking a series of discussions on preserving buildings built since the 1970s.

Contemporary buildings rarely get sufficient attention when facing the wrecking ball; in most cases, they are too recent for the government and public to fully appreciate their historical value.

In the case of the General Post Office building, groups requested that the Antiquities Advisory Board carry out grading assessments. This was rejected on the basis of a 2013 ruling not to carry out such assessments on buildings built from 1970. It appears the government has no intention of reviewing that decision.

Chief Executive Carrie Lam Cheng Yuet-ngor has rejected the idea of injecting money to keep the restaurant alive, saying the government could do nothing if stakeholders could not reach an agreement. Instead of seeing this as a chance to save a Hong Kong cultural icon, the government sees it purely as a business decision.

Hong Kong’s policies towards antiquities and the government’s unwillingness to support preservation efforts have had a devastating effect on local culture. The departure of the Jumbo Floating Restaurant would be a sad continuation of the trend of post-World-War-II local history disappearing – leaving gaps in the city’s historical landscape, with only pre-war structures and contemporary buildings for future generations.

The Jumbo restaurant is one example of how hard-working Chinese built up the city in the 1970s. The restaurant drew numerous tourists eager for a unique experience in the then British colony, at a time when the Western world could best learn about Chinese culture through Hong Kong.

More importantly, the restaurant serves as an example of the diligence of local Chinese entrepreneurs in the 1970s. Many locals also ate there, and it remains part of Hong Kong’s collective memory. Saving it would be a chance for the government to show its commitment to, and care for, local people.

Transforming Jumbo Kingdom into a tourist attraction in the Southern district could enrich the city’s image. Temple Street, the skyscrapers along Victoria Harbour and busy shopping centres in Tsim Sha Tsui – these tourist hotspots are all in the northern part of Hong Kong Island and Kowloon, and it is time to draw more visitors to diverse locations. 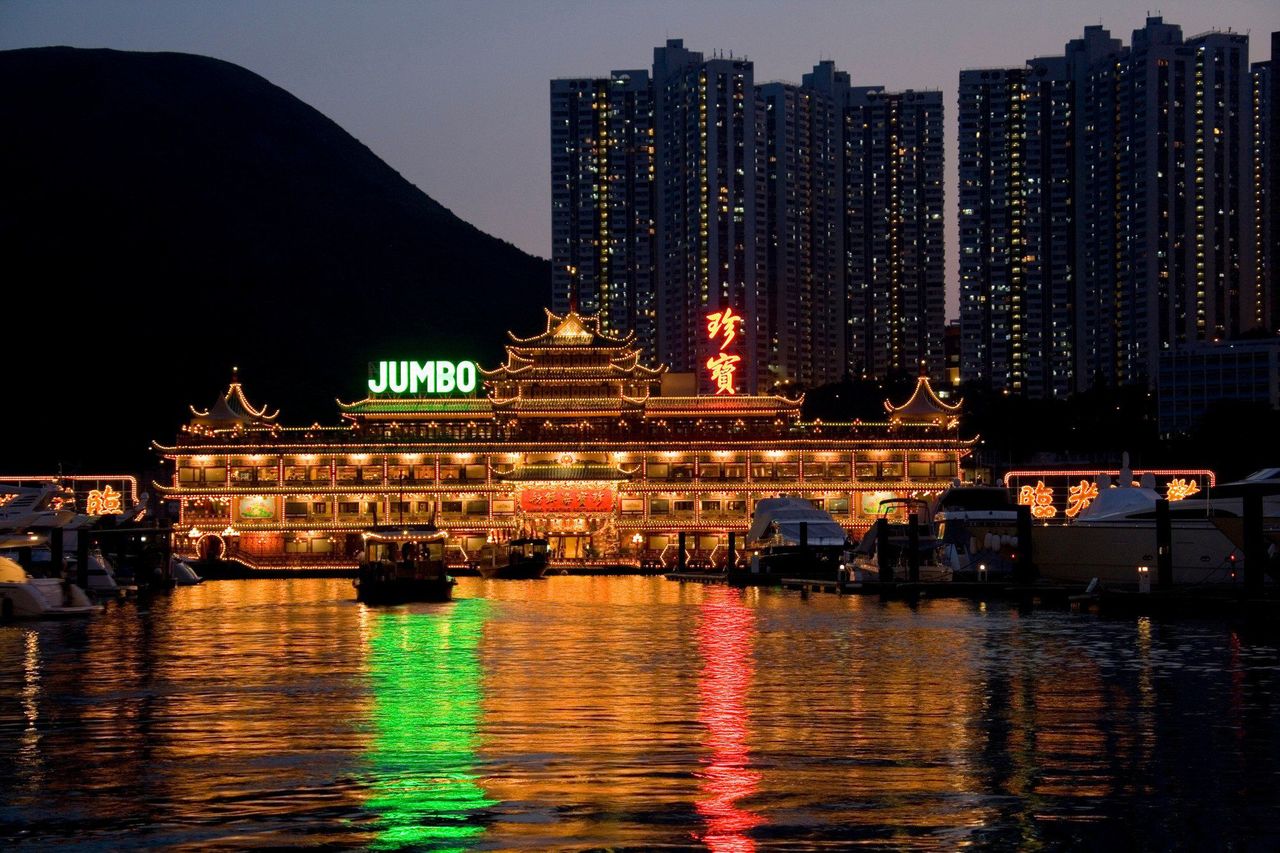 The Jumbo Floating Restaurant, a popular tourist attraction, closed in March 2020 and has yet to reopen. The prospect of it leaving Hong Kong has led to calls for the government to step in.

Chief executive-elect John Lee Ka-chiu has vowed to reopen the border with the mainland, and the preservation of local iconic structures can only benefit the city once it does reopen.

A new generation of tourists has grown bored with endless shopping centres and tall buildings; they want to visit iconic local attractions instead. Preserving the Jumbo Floating Restaurant will give Hong Kong tourism a much-needed boost, and also help revive the economy in the southern part of Hong Kong Island.

This is about more than just business. It is a matter of an outdated antiquities assessment process, preserving Hong Kong’s collective memory and establishing the future of tourism in the city. The government needs to see beyond the figures on a balance sheet and develop a better way to deal with local historical artefacts.