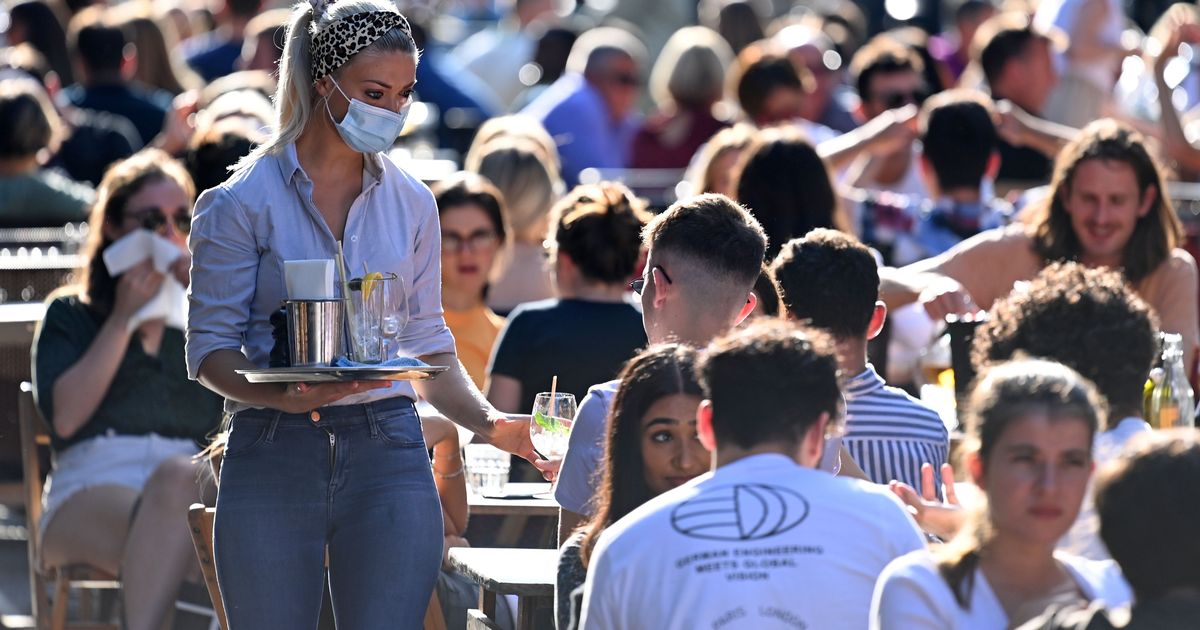 Sadiq Khan has today met with council leaders to talk about the possibility of introducing tighter controls to stop the spread of the coronavirus in London.

An agreement has been reached and the London Mayor is expected to meet with Boris Johnson tomorrow to ask him to implement the plan.

It's not clear yet what the new restrictions imposed on Londoners will be, but there are almost certainly bound to be restrictions on socialising and on what businesses and families can and can't do.

It comes after cases in many parts of the UK have seen a troubling rise in recent weeks and parts of the north of the country have been placed under tougher control such as curfews.

London is much better of

But the latest government data shows categorically that London is much much better off at the moment than many other parts of the UK.

Nowhere in London has anything like the number of cases being experienced in the north and it seems crazy that we would risk further huge damage to businesses and people's livelihoods, not to mention their well-being by imposing a lockdown when it's not necessary.

Of course we should continue to social distance, wash our hands and wear face masks, but the figures just don't seem to support the case for London going into local lockdown.

So what's the case against Sadiq?

On September 7, London experienced 450 new reported cases of the virus, its highest number since April 23, but this compares to 1070 cases in a single day on April 2 which was London's highest number of cases during the pandemic.

And since September 7 daily cases have again gradually fallen with just 96 cases recorded on September 18.

When you consider that since April 2, the amount of testing and testing data available has increased by something like 20 times, we would expect to see a much much higher number of cases in London by now than we actually have, certainly in the thousands each day.

The number of Londoners in hospital with the virus remains very very small. The last snapshot of figures taken by the NHS on September 3 showed that just 12 people were in London hospitals on ventilators having tested positive for the virus out of 667 people on ventilators across London with other conditions.

And the data shows just 87 people in London hospital beds having tested positive for coronavirus compared with 17,198 people occupying hospital beds across the capital with other conditions.

The other factor MyLondon has discovered is dodgy data. Some agencies are preempting the government's weekly announcements of case rates by calculating their own data without publishing any clear details of how they have made their calculations.

Some of this data has been found to be seriously inaccurate as compared to official government weekly roundups when they are released each Friday, and has spawned claims being made about numbers of cases that simply don't stack up.

Despite a surge in coronavirus cases across much of the UK, these fears have remained largely unrealised when it comes to London over the past week.

No parts of London have been included on the government's official watchlist up to September 18 (week 38) which covers areas it is concerned about, or where it is introducing extra support or further lockdown restrictions.

Although both Hounslow and Redbridge registered cased rates between 30 and 40 cases per 100,000 and 20 of London's 32 boroughs saw increases in their case rates over the week, this has to be put in perspective compared o the highest rates in England.

The highestLondon rate per 100,000 was in Redbridge which saw 34.2 cases per 100,00 followed by Hounslow with 32.5, but these are still some way off the 40 figure that normally sparks greater government concern.

Following speculation the government was about to introduce extra lockdown measures in London, the government's weekly surveillance report shows cases in the capital have increased but not massively.

Areas recording sharp increases in their seven-day rates include:

The rate of deaths in the capital is now tiny compared to at the height of the pandemic when on the highest day, April 8, 230 deaths were recorded. Since the beginning of June there have been no more than two deaths on any single day in the capital.

For these reasons therefore, I would seriously resist the idea of further lockdown measures being imposed on the capital with the consequent impact on businesses, livelihoods and life in general.

We have seen so many businesses fold and people left reliant on furlough incomes which are shortly to come to an end. Many have already lost their jobs and more will follow. Lockdown has been an economic disaster for the capital.

Of course it's possible that we may yet be hit by a big second wave, and we may have to start taking drastic measures, but it just hasn't happened yet.