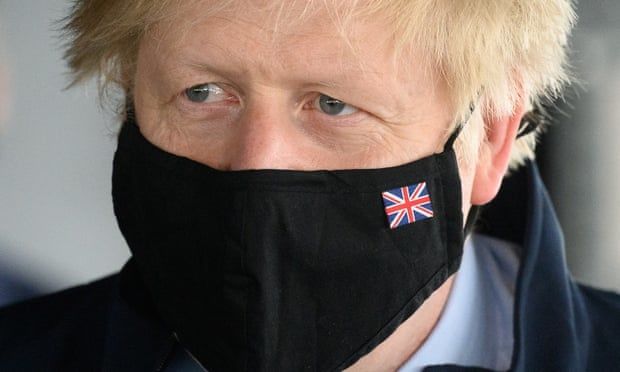 Why ID card plans are likely to pass this time

Simon Jenkins is right (Johnson’s voter ID checks are not about electoral fraud, they’re about power, 18 May), but also wrong. This is not mainly about “regulation and surveillance of daily life”, it’s about voter suppression, and for the Tories it’s so much the better if, like so many of their policies, it disproportionately impacts ethnic minorities. Because, like Boris Johnson’s remarks about burqas and letterboxes, like the hostile environment that the Home Office is perpetuating, and like the detention of visiting foreign nationals, it signals to target voters that they can trust the Tories to tacitly indulge their prejudices.

The confected “perception” that voter fraud is a problem plays into a feeling triangulated between “they all look the same to me”, “they can’t be trusted”, and “they shouldn’t be allowed to vote in our elections anyway”. So it’s easy enough to see why the Tories promote cheap policy initiatives like this, like denying institutional racism, and like protecting statues, which their strategists will tell you play well in the former “red wall” constituencies and elsewhere. It’s less easy to work out how the other parties should react, because part of the beauty of all this for the Tories is that natural and laudable criticism precisely marks the opposition, in the minds of many of those voters, as fighting for and prioritising the interests of those who are not like them.

I played a small part in the work that undermined the Labour government’s ID card proposals. I feel Simon Jenkins misses a vital difference between then and now. Labour’s proposals emerged from a misguided belief that ID cards were a route to improved public services. The current proposals do not have even this veneer of probity. They are rooted in low political cunning that voter ID will disproportionately deter prospective Labour voters.

An essential element of the earlier opposition was the libertarian wing of the Conservative party; I found myself with unfamiliar allies. There is little sign so far that this faction will place principled opposition to infringement of individual freedom above party advantage. Without them, the chances of a successful derailment of these plans are much diminished. Jenkins is right that these proposals are about power – but not so much state power, as he describes, but party power: the aphrodisiac of politicians.

ID card proposals, together with talk of changing mayoral elections to first-past-the-post voting, giving greater freedom to a prime minister to call a general election and reducing the length of the election period, show a government trying to change democratic processes for its own political advantage. It should be opposed strongly.

As a joint French-British citizen, I have experience of voting with and without photo ID. In France, it is a legal requirement to carry ID at all times. As such, my identity card is always with me; my identity and my right to vote are inseparable.

New UK voting procedures will divide subjects between those who already possess ID (passport or driving licence), and those who must apply to vote. This turns the act of voting into a choice, rather than a fundamental right. Voting is the cornerstone of all democracies. How, then, is it possible to enforce photo ID for voters in a country whose citizens are not obliged to carry any?
Eleanor Martindale
Canet-en-Roussillon, France