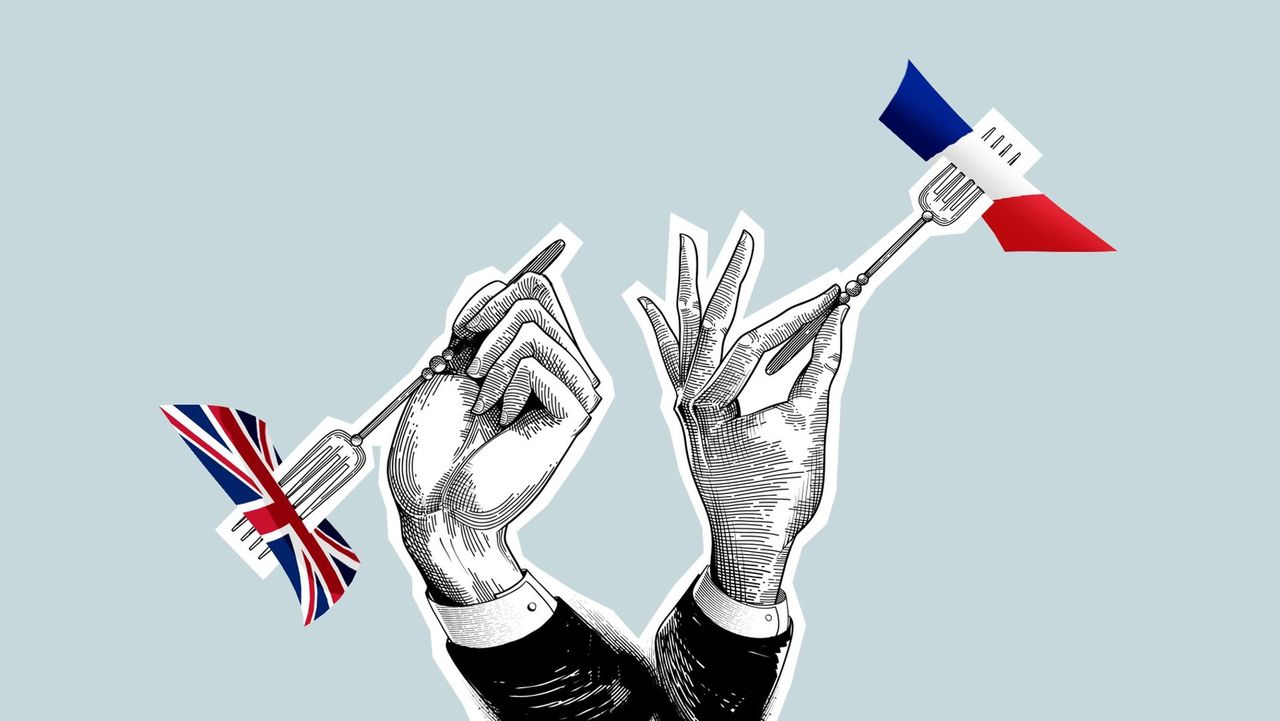 Why food in Britain is so much better than in France

Fifty years ago, the food in Britain was comically terrible. The Wimpy Bar was the place for a date, fish and chips was the limit of takeaway and if you were lucky you might get a packet of crisps at the pub.

Today the positions are reversed. Britain is the land of foodie innovation, with every cuisine in the world represented, deconstructed, reinvented. Reopening after the lockdowns, even after a number of casualties, Britain will return to a cornucopia of diversity and plenty of quality. From gastropubs, diners, dim sum joints, tapas bars, and artisanal sourdough bakeries, to vegan sushi, Asian fusion cafés, Jerusalem falafels, and wines from every corner of the globe, including Surrey.

The traditional brasseries of France are now often mere theatres pretending to be restaurants. They serve sous-vide pot au feu, supplied from gigantic industrial commissaries, run, inevitably, by an American private equity group. The food is reheated by a kitchen technician on minimum wage. The service is as undistinguished as the food. There are never enough staff because the employment code makes it too expensive to hire more. Good luck finding a restaurant that’s open, given the limited hours and eccentric schedules of many. Show up in my village looking for lunch after 1.30 p.m. and you’ll starve.

The decline of French cuisine has tracked precisely the descent of the country itself during the past 40 inglorious years of economic stagnation. The great reopening of café and restaurant terraces should have been a renaissance moment after we have been denied any restaurant experience at all for eight months. But, predictably, it will be another opportunity for the French state to demonstrate its instinct for excessive, ridiculous over-regulation of everything.

Barely comprehensible rules have been imposed for table separation and permissible capacity limits. The state is a malign influence on the hospitality business at the best of times with heavy social charges, punitive taxation and working time inflexibility. None of it is encouraging for restaurant investors. The state cannot however be blamed for the crippling lack of ambition by restaurants themselves, with their predictable menus and unpredictable opening hours. French consumers are perhaps ultimately responsible, with a lack of much curiosity for anything beyond steak and chips, cassoulet, and duck confit. Other than in the immigrant communities, the French don’t embrace the flavours of their former colonies, they ignore them.

While the British have shamelessly appropriated all the chefs and cuisines of the old empire, the French have become creatively introspective and immobilised, having produced nothing of interest since Nouvelle Cuisine, an idea now 60 years old.

The prolonged golden age of French cooking was the product of great chefs, from Georges Auguste Escoffier and Paul Bocuse, and the cuisine of grand-mere, the revered traditional home cooking. Its glories inspired an entire genre of literature, starting with the seminal Physiology of Taste by Jean Anthelme Brillat-Savarin, in which he chronicled the rise of the restaurant after the revolution, to Between Meals by the American A.J. Liebling, a Paris correspondent of the New Yorker, whose journalistic gustatory efforts were some of the greatest of all time.

There are bonnes tables in France but you must bring lots of money or know where to look. At the top of the tree are the Michelin anointed temples where you should expect to spend €200 to €300 a head, if you go easy on the wine. You can eat an adequate lunch at many village cafés, I should note, in a blatant effort to avoid being lynched at my own. And, to those in the know, there are occasional gems like the tiny restaurant tucked away in a village near me in Occitanie. The husband cooks, she runs the front-of-house, together they produce miracles on a plate for a third of the price of an equivalent meal in London. Obviously out of discretion I will not reveal its identity or location. The point is simply that this has become exceptional.

It’s necessary to ground any discussion of French food with some metrics, of which by far the most interesting is that McDonald’s is the biggest restaurant business in France, serving one million hamburgers a day from 1,442 restaurants. It has continued to serve them throughout lockdown at its hundreds of McDrive windows, often triggering enormous traffic jams as desperate customers waited up to three hours to be served.

Pizza and kebabs are huge here, though the business model is built on thousands of independent restaurants, not one giant chain, and is harder to measure. There’s a pizza van in every village. The pizza, charitably, is often terrible and made with the wrong kind of cheese, Emmental, instead of Mozzarella, and also the wrong kind of flour. (The pizza is nicer in Nice, where they are proper Italians). The kebab has been on a relentless march for 20 years. This meaty halal sandwich is known as a ‘grec’ and is hugely popular in the cités. Gira Conseil, a French consultancy, estimates that 360 million kebabs are sold each year in France.

As an alternative to mediocre restaurants, one can always eat at home, but even here traditional family meals are being usurped by microwave dinners from Picard, the ubiquitous frozen food merchant. I’ve been to some splendid dinner parties here but also to many that wouldn’t pass muster in the Home Counties.

If this article gets translated into French, which is not impossible, I may be in for a rough time. I’m not going to apologise. Yes, I am Froggy bashing. The French should be ashamed of themselves, descending from the top of the culinary premier league to the relegation zone of shame. I am not claiming British food is always great. Britain too has McDonald’s and kebabs. Brexit is sure to make it harder to import kitchen staff and talent. But there’s no doubt where the food has got vastly better and where it’s got infinitely worse.
Add Comment