The energy crisis is just part of the UK’s dysfunction, incompetence and poor planning, which can be seen everywhere.

“If you want a picture of the future, imagine a boot stamping on a human face — for ever.”

That’s from George Orwell’s dystopian future Britain in “Nineteen Eighty-Four.” The words are spoken by the novel’s inner party inquisitor O’Brien, and they could be wryly altered to fit our times: “If you want a picture of Britain’s future, imagine waiting, unsuccessfully, for a doctor’s appointment — forever.”

While Orwell wrote his book as a warning about communism, he was also satirizing an impoverished post-World War II Britain — a land in the grips of austerity, where nothing much worked, everything smelled vaguely of cabbage, and no one could afford to do anything except get drunk.

At least in the 1940s, the country and its leaders had an excuse: They had just fought in a world war, and by the time it concluded, Britain was barely upright, propped up by loans from the United States. But while today’s Conservative leaders blame the pandemic and Russia’s war on Ukraine for the country being called the “sick man of Europe” — and the two events have certainly contributed to Britain’s plight — much of it is the result of a deep, almost philosophical dysfunction and negligent government.

There is a long-standing policymaking malaise in the United Kingdom, which reached a crescendo under the now-gone Boris Johnson. Signs of things falling apart are everywhere — and despite the change in leadership, it looks as though they’re here to stay.

Take, for example, inflation: Inflation is high everywhere — across the Continent and on the other side of the Atlantic — but in Britain, it’s heading even higher, with Goldman Sachs warning that it could hit 22.4 percent next year. This comes after 15 years of economic stagnation — predating the pandemic or Russian President Vladimir Putin’s war on Ukraine.

Thanks to Russia, energy prices are a large part of the soaring inflation, but Britain also failed to use a decade of cheap borrowing to invest in its energy sector. It’s committed by law to net-zero carbon emissions, but the practicalities of this have always eluded policymakers. More than half of the country’s nuclear reactors are scheduled to be decommissioned by 2025, and proposed nuclear sites, which could have supplemented the closure of coal power plants, were vetoed repeatedly in the last decade.

Writing in The Critic, policy researcher James McSweeney has detailed the horror story of Britain’s energy planning — or lack thereof. Using figures released by the Department for Business, Energy & Industrial Strategy, he predicts a nasty winter of demand outstripping supply: “If the wind does not blow at the right moment, there will be blackouts,” he says.

The last time Britain suffered frequent outages was in the 1970s, when the country was once again mired in political and economic turmoil. Buffeted by a currency crisis, it had to go red-faced, cap-in-hand to the International Monetary Fund for a loan in 1976. There was wave after wave of strikes, high inflation, soaring energy costs and vast unemployment. Very little worked. Refuse went uncollected, and the dead went unburied.

Jim Callaghan, the hapless Labour prime minister at the time, was pilloried when he arrived back in Britain from a summit in the Caribbean and denied there was “mounting chaos.” He said this at the time of a haulers’ strike and particularly bad weather, which added to other disruptions. His breezy dismissal was cruelly paraphrased in the famous newspaper headline, “Crisis? What Crisis?”

Led by Margaret Thatcher, the Conservatives then soundly defeated Callaghan’s Labour government in an election the following year, winning a parliamentary majority of 44. 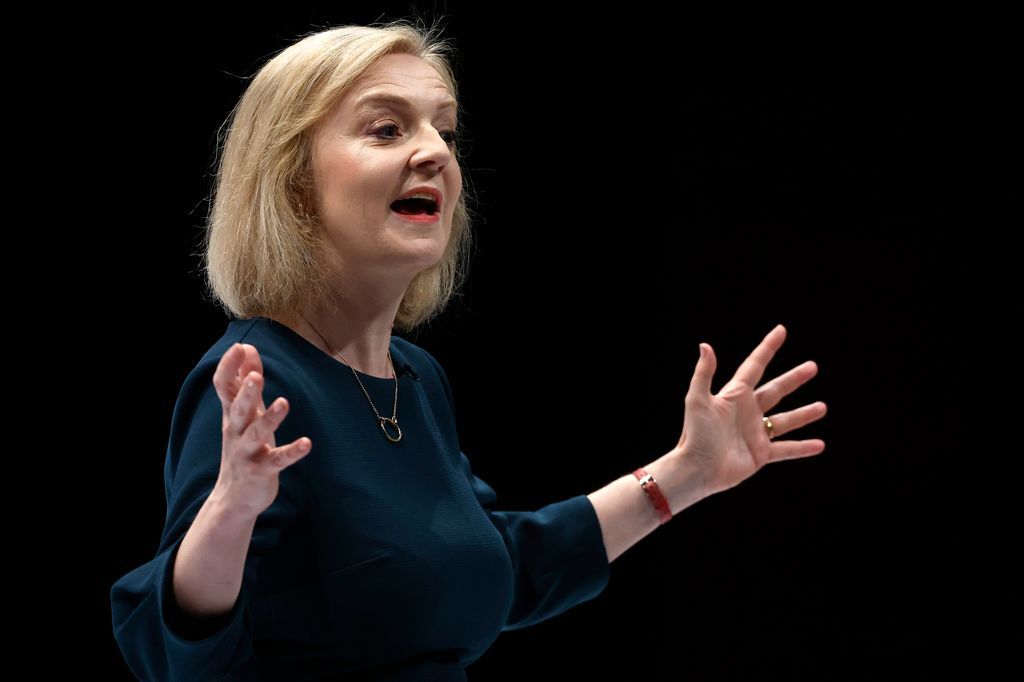 The energy crisis is just part of Britain’s brokenness, which Liz Truss will face

Two factors that drove the hell of the 1970s are again present in the U.K. today: a shortage of power and — long banished from Britain — crippling inflation.

Largely based on the rising wholesale price of gas, energy bills are expected to triple this winter. For four years, the government’s regulator, Ofgem, has administered an energy “price cap”’ that isn’t really a cap. Nominally intended to take the edge off any price gouging or excessive profiteering by energy companies, the cap was £1,971 mid-year, and now it’s at £3,549, forecast to rise to £6,000 by spring.

If the spring forecast turns out to be accurate, the average householder will have to spend around 40 percent of their budget on gas and electricity — an almost unthinkable amount. For a pensioner on a basic state pension, things will be even tougher, at around 60 percent of their income.

But the energy crisis is just part of Britain’s brokenness, which Liz Truss — the winner of the Conservative leadership contest — will face. Dysfunction, incompetence and poor planning are pervasive — from the National Health Service to restrictions on building to the country’s airports and courts.

Here, one can wait forever to see a doctor. The number of patients who have waited more than a year for treatment has grown by 13 times, according to the British Medical Association, and the consequence isn’t just prolonged suffering but untimely deaths. And a nation in poor health has a smaller and shrinking workforce, which is also present in British government statistics.

As with other basic government services, dentistry is in a state of slow collapse also, with dentists not taking on any new patients, including children.

Meanwhile, current local authorities are unable to meet the responsibilities of municipal government. According to James Kirkup, director of the Social Market Foundation think tank, over 90 percent of crimes aren’t being solved, and financial fraud is rampant and unstoppable. If someone drains your bank account, it’s not necessarily worth your while to call the police, he said.

The breakdown of Britain’s largest aircraft carrier, HMS Prince of Wales — which was meant to set off for a four-month tour of North America last week — seems fitting and symbolic.

Kirkup argues, “The structural shortfall in public services arises from an awkward truth of British politics: we want to pay American taxes and expect European services.” But politics is broken too, and the hard choices that need to be made simply aren’t. Politics is now less the “art of the possible,” and more an extended game of fantasy role-play for those in power — and even for those in opposition who seek to replace them.

After returning from a visit to wartime Kyiv, Johnson sounded like the Mad Hatter in his detachment from reality, writing, “We have made the long-term decisions — including on domestic energy supply — to ensure that our bounceback can and should be remarkable and that our future will be golden.”

And while Truss has at least acknowledged that the U.K. might have some problems, she’s equally boosterish in talking up how “world-class” Britain is and will always be. Early reports indicate that her government is planning to spend £160 billion by paying most of the country’s energy bills above a certain cost. But such a policy cannot co-exist with the widespread tax cuts she had campaigned on, does nothing to increase energy supply, and will doubtless further fuel inflation.

The U.K.’s next election is just a couple years away. And if prices continue to rise, we will see strikes in every sector of the economy — rather like the 1970s, when Ted Heath’s Conservative government was paralyzed by industrial action in 1974. Calling an election on the question of “Who governs Britain?” he confidently expected the voters to decide the answer must be him. They did not.

Heath lost, and his example is one that Truss should heed — just as his fate is one she must try to avoid.