Fraudulent claims of college degrees, a non-existent real estate portfolio and confusion over whether he's Jewish - or merely "Jew-ish" - are just some of the controversies New York Republican congressman-elect George Santos is facing just days before he's due to be sworn in on 3 January.

Before winning his race in the November midterm election, the 34-year-old billed himself as "the full embodiment of the American dream": An openly gay child of Brazilian immigrants who rose to the upper echelons of Wall Street before entering the world of politics.

His victory lap, however, has been short-lived.

Mr Santos's narrative of his life has fallen into tatters, with the embattled soon-to-be representative admitting that large portions of it were entirely made up.

He now faces calls to resign amid federal and local investigations, and as new allegations of lies emerge on a nearly daily basis, with less than a week to go before he's due to begin his duties on Capitol Hill.

Here's what we know so far.

Who is George Santos?

According to a biography published online by his campaign - which has since been rewritten - Mr Santos is a first-generation American born in the New York City borough of Queens. His grandparents, the website noted, "fled Jewish persecution in Ukraine, settled in Belgium, and again fled persecution during WWII" before settling in Brazil. His Brazilian-born parents eventually immigrated to the US "in search of the American dream".

Mr Santos also claimed to have been educated at Baruch-college in New York City before becoming a "seasoned Wall Street financier and investor" with experience working at prestigious firms including Goldman Sachs and Citigroup.

Additionally, Mr Santos also claimed that he owned 13 properties - which "he'd worked hard for" - and that his mother was "in her office in the south tower" of the World Trade Center on 11 September. As recently as October, his campaign's website claimed that she survived the attack, only to die several years later.

A relative newcomer to US politics, Mr Santos was lauded as the first openly gay Republican to win a seat in the House of Representatives as a non-incumbent with his victory this November.

What did Santos allegedly lie about?

On 19 December, the New York Times published a story calling into question large portions of his CV, including his education and his work experience.

Other news outlets have since found no evidence that his grandparents fled anti-Semitism in Europe or that he is Jewish, despite earlier boasts of being a "proud American Jew".

Since the initial reports, Mr Santos has admitted that he embellished his background. He never graduated from any university or work for Goldman Sachs and Citigroup. Rather than owning property across New York, he lives with his sister in Long Island.

It was also revealed his mother died in 2016.

He also acknowledged that he misrepresented his faith, telling the New York Post that he's Catholic and that he said he was "Jew-ish" after learning that his maternal family had a Jewish background. 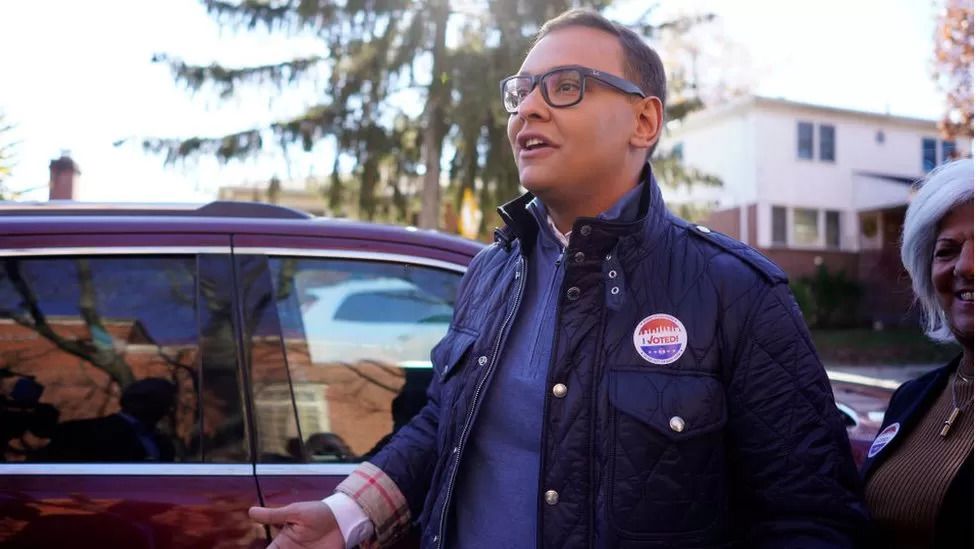 What are the latest claims?

The allegations against him, however, continue to grow.

On 29 December, for example, the New York Times reported that Mr Santos' campaign paid $11,000 to a cleaning company for "apartment rental for staff", in addition to a slew of disbursements pegged at $199.99 - exactly one cent below the threshold in which receipts are required by federal law. The campaign expenditures also include $40,000 for air travel, a figure the newspaper noted "resembles the campaign filings of party leaders in Congress, as opposed to a newly elected congressman who is still introducing himself to local voters."

While it is unclear if any laws were broken, federal and local officials have vowed to look into his finances. The Nassau County district attorney, for example, said it is examining "numerous fabrications and inconsistencies" with his campaign.

"No one is above the law, and if a crime was committed in this county, we will prosecute it," district attorney Anne Donnelly said.

Despite mounting criticism, Mr Santos has so far resisted calls to step down, and prominent Republicans have remained largely mute.

His defiance and the party's silence have not quieted his critics - from both sides of the US political divide.

"He deceived us and misrepresented his heritage," Republican Jewish Coalition CEO Matt Brooks said. "In public comments and to us personally he previously claimed to be Jewish. He has begun his tenure in Congress on a very wrong note."

"If I were one of those in New York's 3rd District right now, now that the election is over, and I'm finding out all of these lies that you've told, not just one little lie or one little embellishment — these are blatant lies — my question is, do you have no shame?" she asked.