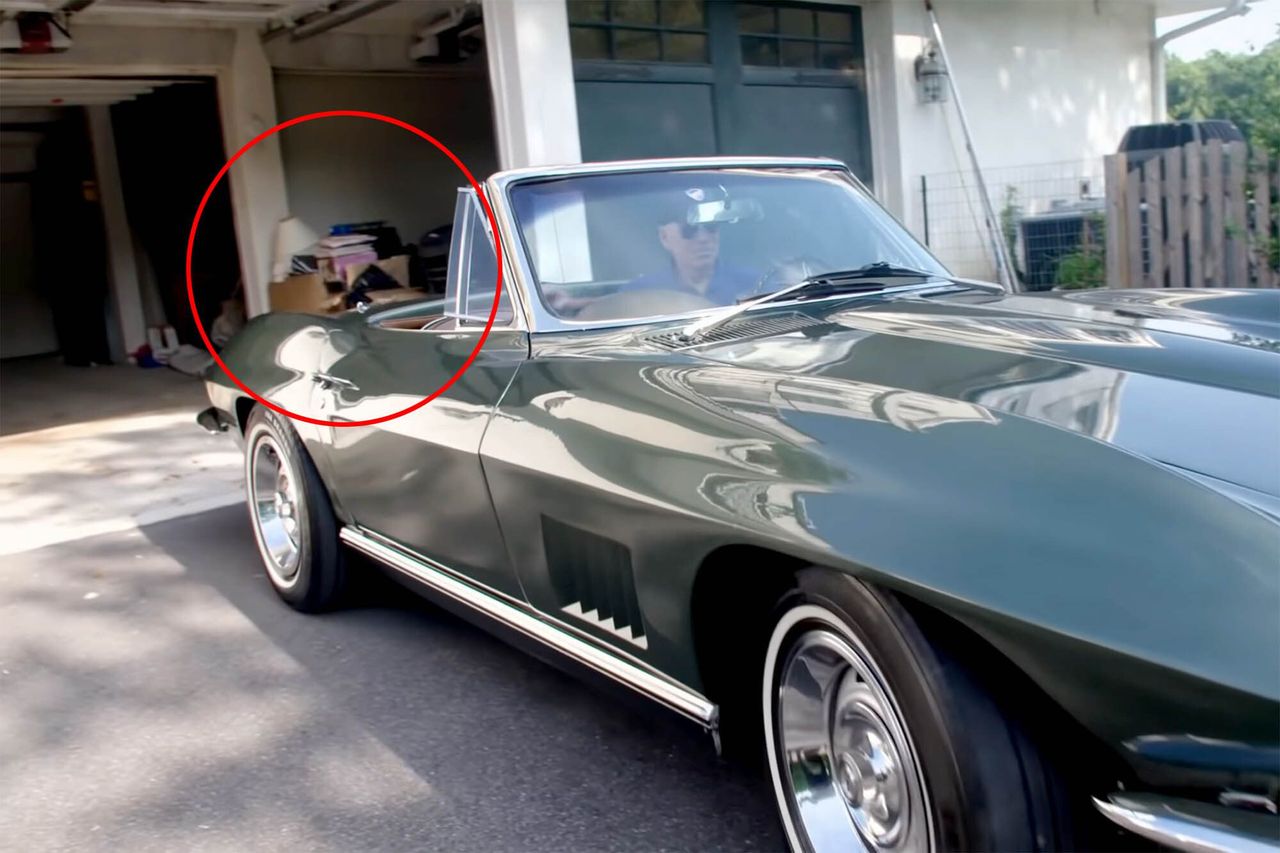 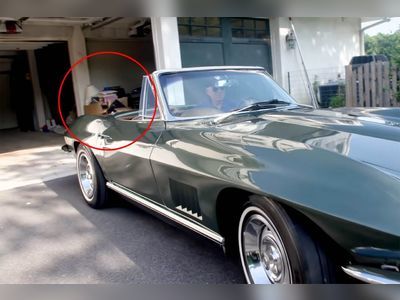 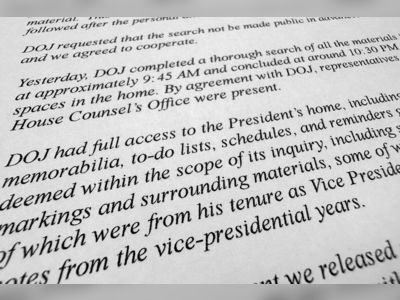 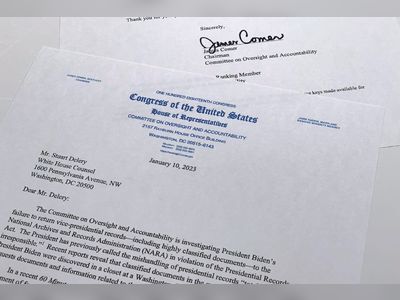 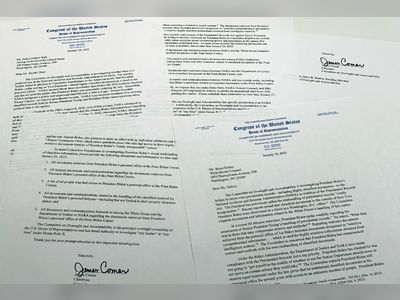 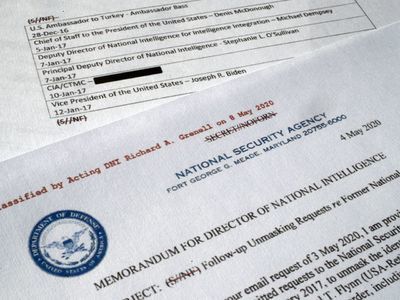 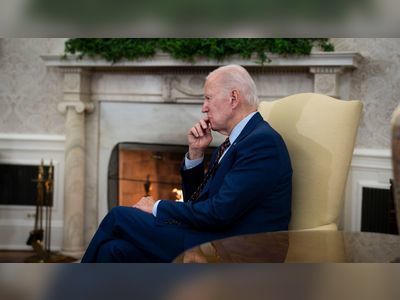 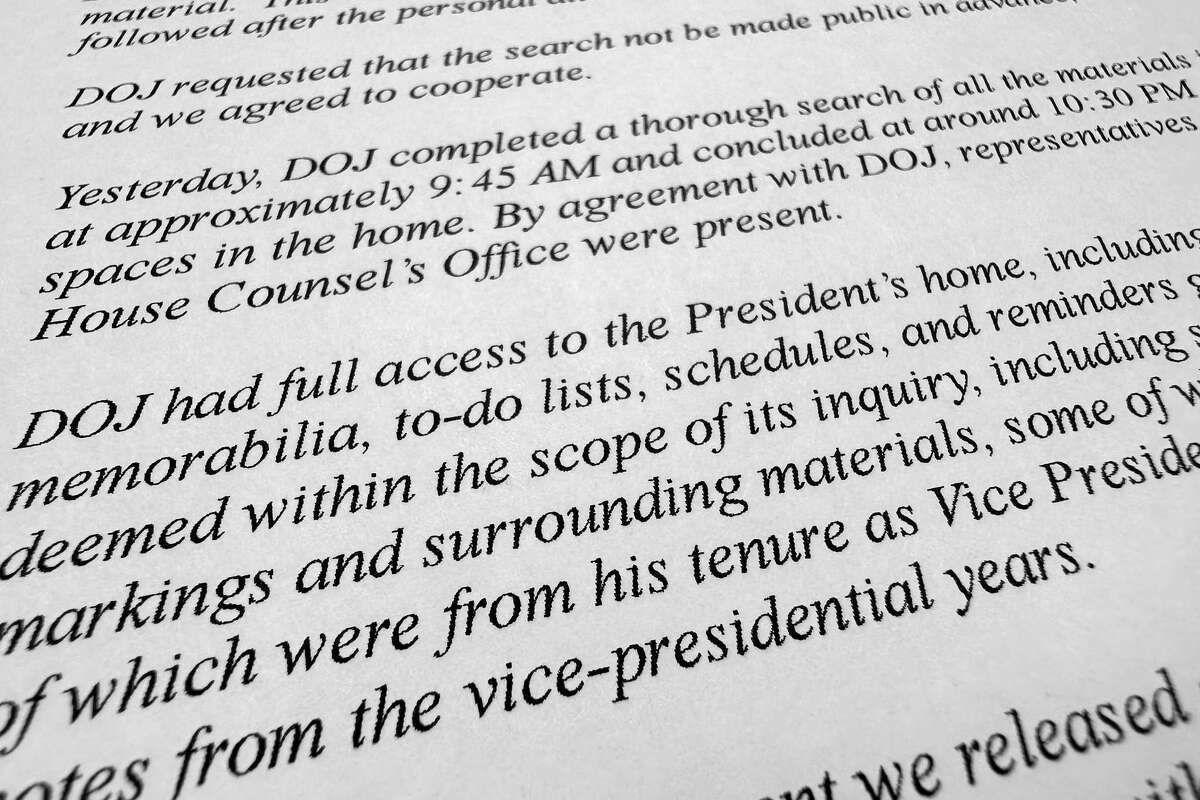 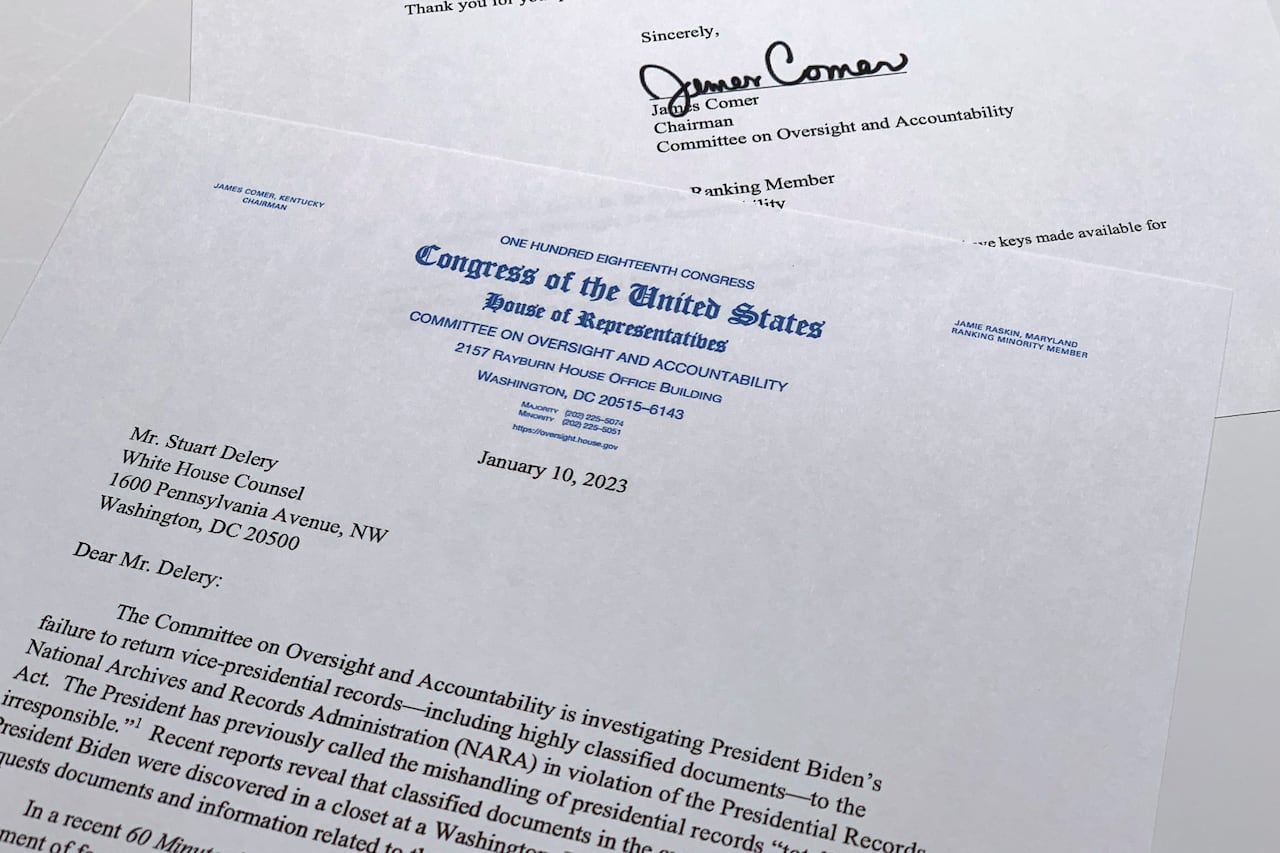 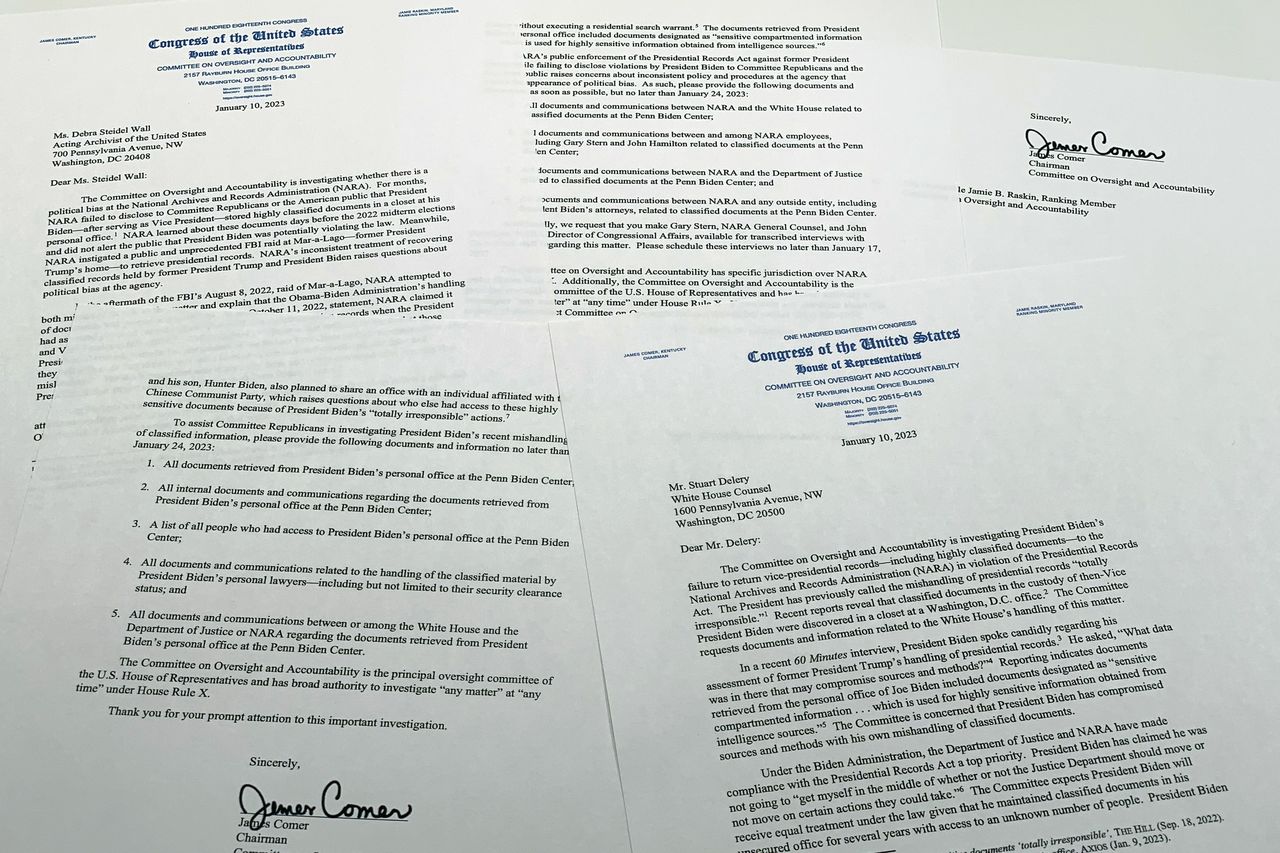 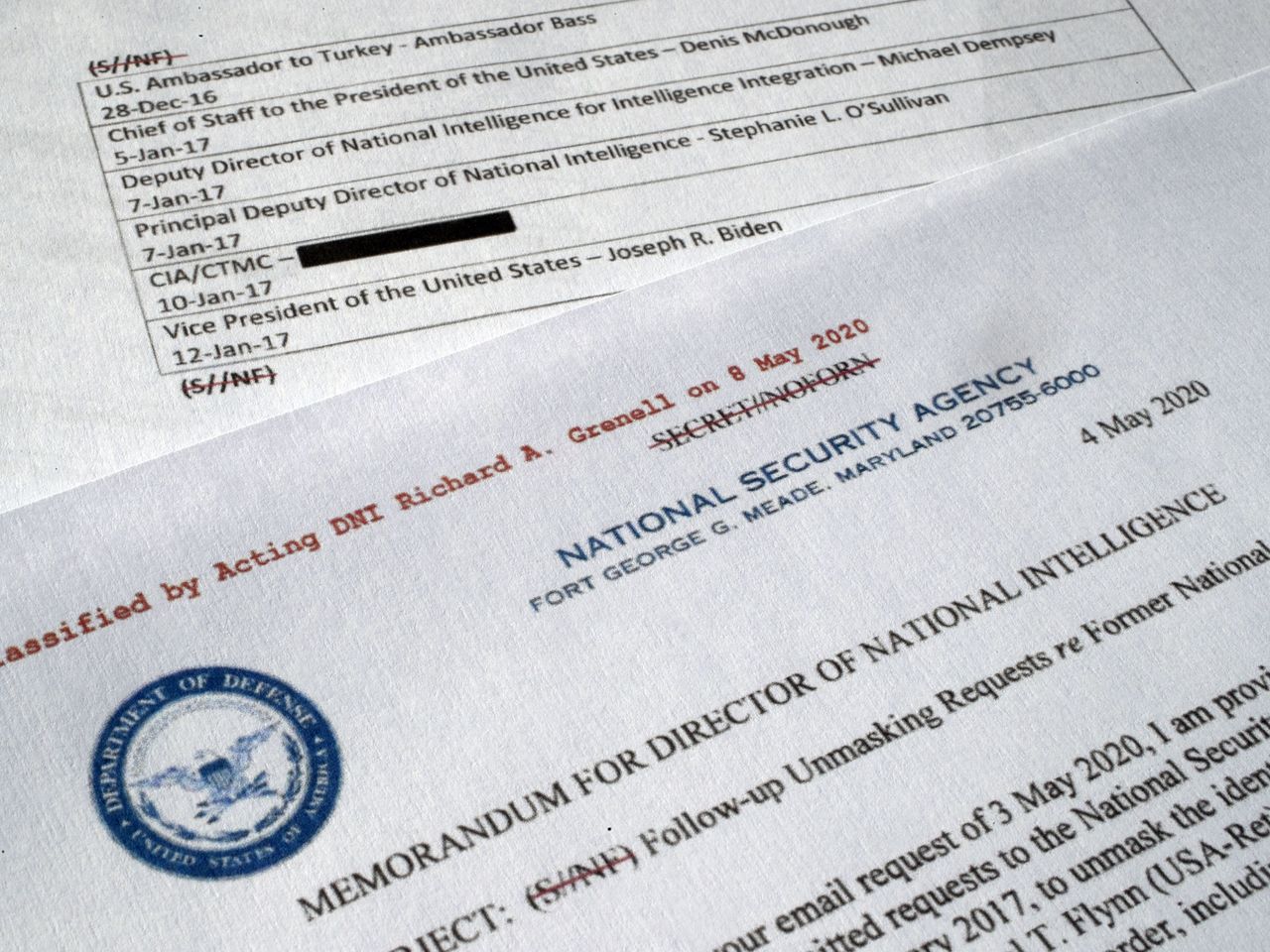 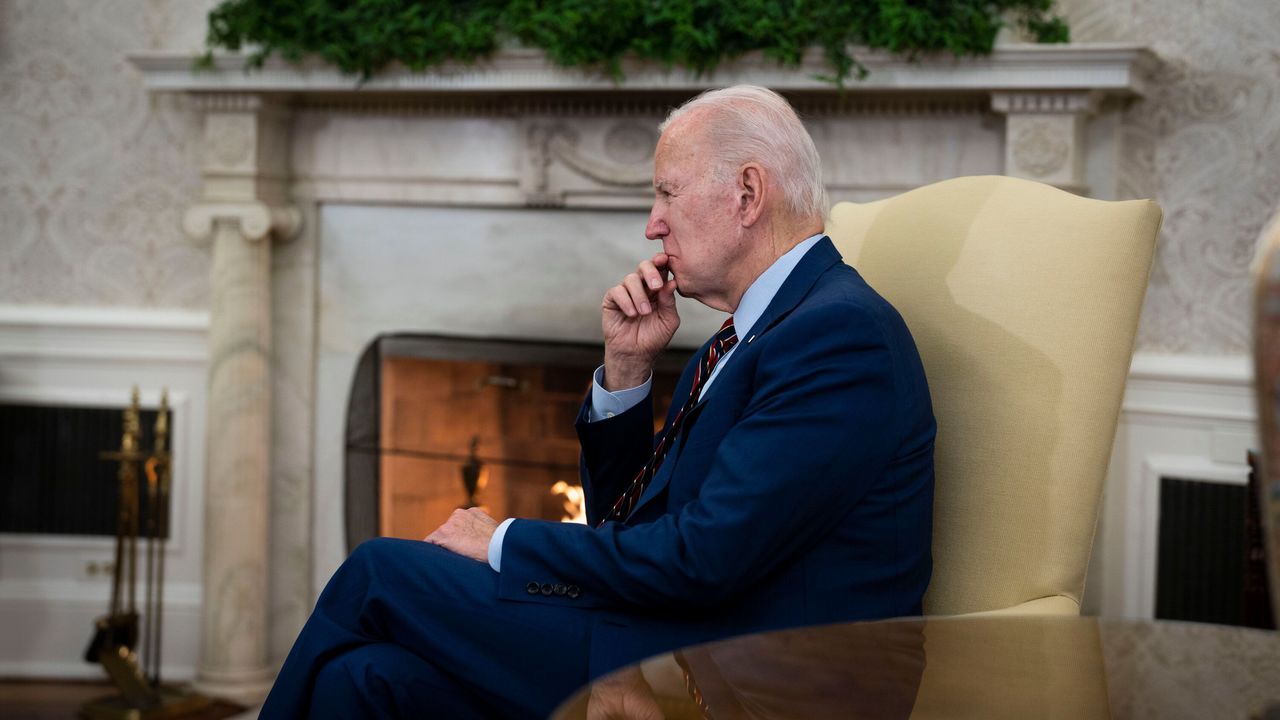 The Justice Department is investigating how classified documents got to the home of former President Trump and the home and personal office of President Biden from his time as vice president.

In a letter to House Oversight Committee Chairman James Comer (R., Ky.), White House counsel Stuart Delery said his office is reviewing Republicans’ requests for copies of documents that were found at Mr. Biden’s properties and internal communications about the issue. Mr. Delery said it was the White House’s goal to “accommodate legitimate oversight interests,” while also stressing the need to “protect the integrity and independence of law enforcement investigations.”

He noted that the White House doesn’t have possession of the documents, which have been collected by the Justice Department and the National Archives.

”We’re approaching them in good faith and hoping they approach us in good faith as well,” Ian Sams, a spokesman for the White House Counsel’s Office, told reporters on Monday.

Oversight panel spokeswoman Jessica Collins criticized Mr. Delery’s letter and its suggestion the White House would determine whether Mr. Comer’s requests were legitimate oversight efforts. “This is not ‘legitimate’ transparency from President Biden, who once claimed he’d have the most transparent administration in history,” she said.

Mr. Sams declined to answer a series of questions about the classified documents incident, referring the bulk of the inquiries to the Justice Department or Mr. Biden’s personal lawyer, Bob Bauer. Among the questions he didn’t or said he couldn’t answer: whether the president will invite investigators to search his Rehoboth Beach, Del., home; whether the FBI or Mr. Biden’s lawyers will review the president’s collection of Senate papers held at the University of Delaware; who is paying Mr. Biden’s personal lawyer; whether the White House has briefed lawmakers on the incident; how many total pages of classified documents have been found and what subjects they cover.

Mr. Comer separately on Monday requested from the Secret Service the visitor logs from Mr. Biden’s home, where classified documents have been found. Mr. Comer said it was relevant to know who had access to the home from Jan. 20, 2017, to the present. The White House has said it doesn’t keep visitor logs for Mr. Biden’s private home.

Mr. Biden’s advisers hoped their decision to cooperate with the investigation would limit its political and legal fallout, but a steady drip of unfolding developments has kept the issue in the news, providing fodder for the president’s critics as he prepares to launch his re-election bid.

On Saturday, Mr. Bauer, announced that a Justice Department search of the president’s home in Wilmington, Del., prompted authorities to take possession of six additional items with classified markings.

Mr. Sams said on Monday that the search was the result of an “unprecedented offer” by Mr. Biden’s team to search his home. “It reveals how seriously the president is taking this issue and how actively he is cooperating with the ongoing investigation,” he said.

The most recent search, which took place on Friday, is the latest that has turned up classified material in Mr. Biden’s home or office.

The first batch of papers was discovered in early November at the Penn Biden Center, a Washington think tank. Additional documents marked classified were found at Mr. Biden’s Wilmington home in December. Then, earlier this month, Mr. Biden’s lawyers revealed that another batch was found at the home.

House Oversight Committee Chairman James Comer (R., Ky.) also requested the visitor logs from President Biden’s home.Photo: Nathan Howard/Bloomberg News
While the initial classified documents appeared to be from Mr. Biden’s time as vice president, Mr. Bauer said on Saturday that the latest items collected by federal agents included items from Mr. Biden’s tenure in the Senate. It is unclear whether that revelation will expand the scope of the investigation to include papers from Mr. Biden’s 36 years in the Senate. Those documents are housed at the University of Delaware and haven’t been made public.

The president and his advisers say they are cooperating with a Justice Department investigation into why the classified documents were found. Attorney General Merrick Garland tapped Robert Hur, a former Trump-appointed U.S. attorney, as special counsel on the issue. Mr. Hur’s plans to begin his work in the coming days, according to people familiar with the matter.

Some Democrats have expressed concerns about Mr. Biden’s handling of the issue.

Sen. Dick Durbin (D., Ill.) told reporters Monday that Mr. Biden’s team was “not careful in handling classified documents.” Responding to the fact that some items date to Mr. Biden’s Senate days, Mr. Durbin said that he has never taken a classified document out of his office, “let alone out of the building.”

“This White House has brought in the government agencies from the start, unlike Trump who fought court orders before there was a search on his premises,” Mr. Durbin said. But he added that the president “has to accept some responsibility for this as an elected official who hired the team that have the documents.”

Mr. Biden has said he was unaware of the classified material and has no regrets on the matter.

The White House earlier this month first confirmed that classified documents had been found in Mr. Biden’s office after CBS News learned of the existence of the documents. The White House has issued several written statements about the issue in the subsequent weeks as additional classified material has been discovered, but has largely referred questions from reporters to the Justice Department.

Sen. Dick Durbin (D., Ill.) said President Biden’s team was ‘not careful in handling classified documents.’Photo: Nathan Howard/Getty Images
Facing criticism, including from some Democrats, the White House has ramped up its response to the issue in recent days, repeatedly booking Mr. Sams on television and saying there is no equivalence with a separate investigation into classified documents discovered at former President Donald Trump‘s Florida residence.

A monthslong effort by the National Archives and the Justice Department to retrieve classified documents in Mr. Trump’s possession resulted in an August search of his property by federal agents. The probe escalated over more than a year to include a criminal investigation into possible obstruction, among other potential crimes.

Asked by reporters about those criticisms Monday, Mr. Garland said, “The role of the Justice Department is to apply the facts and the law in each case and reach appropriate decisions in a nonpartisan and neutral way without regard to who the subjects are. That is what we’ve done in each of these cases. And that is what we will continue to do.”
#donald trump