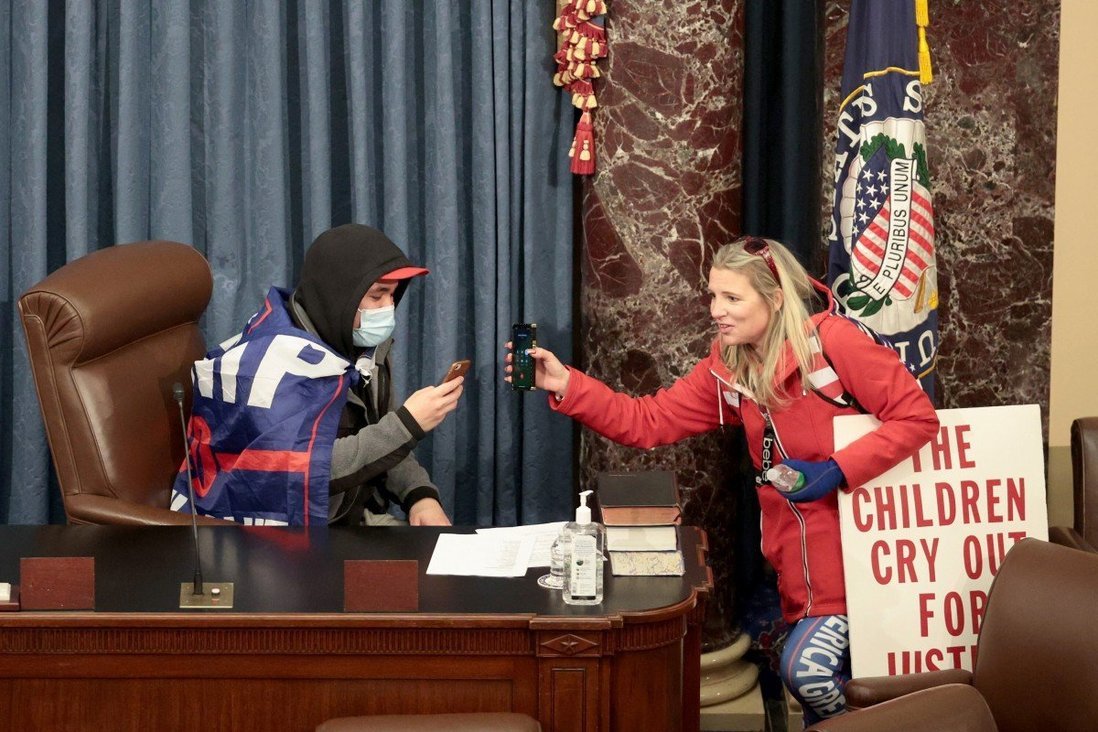 What Trump’s Twitter ban, US Capitol and Hong Kong Legco sieges have in common

Statements that lack nuance by people who should know better matter because they crowd out valuable discussion on important issues, such as genuine concerns over ‘big tech’ or flaws in US and Hong Kong democracy.

How stupid do our leaders think we are? Pretty stupid, if recent events are any indication. As an American abroad, the past week has provided a deluge of jaw-dropping news to wake up to – the invasion of Capitol Hill, social media platforms banning US President Donald Trump and so on. The events themselves have been widely discussed, but one aspect overlooked repeatedly is the contempt on display for the news-consuming public.

Otherwise intelligent, capable people have made transparently cynical arguments aimed at advancing their political interests and hoodwinking the rest of us. This cheap talk is overwhelming public discourse, and it falls to us to do something about it.

Take for example Missouri Senator Josh Hawley. After his cheering on the invasion of the Capitol, Simon & Schuster cancelled his upcoming book The Tyranny of Big Tech. He responded by calling the decision “Orwellian” and “a direct assault on the First Amendment”.

A moment’s investigation reveals just how ridiculous this claim is. For those unfamiliar, the First Amendment reads as follows: “Congress shall make no law respecting an establishment of religion, or prohibiting the free exercise thereof; or abridging the freedom of speech, or of the press; or the right of the people peaceably to assemble, and to petition the Government for a redress of grievances.” 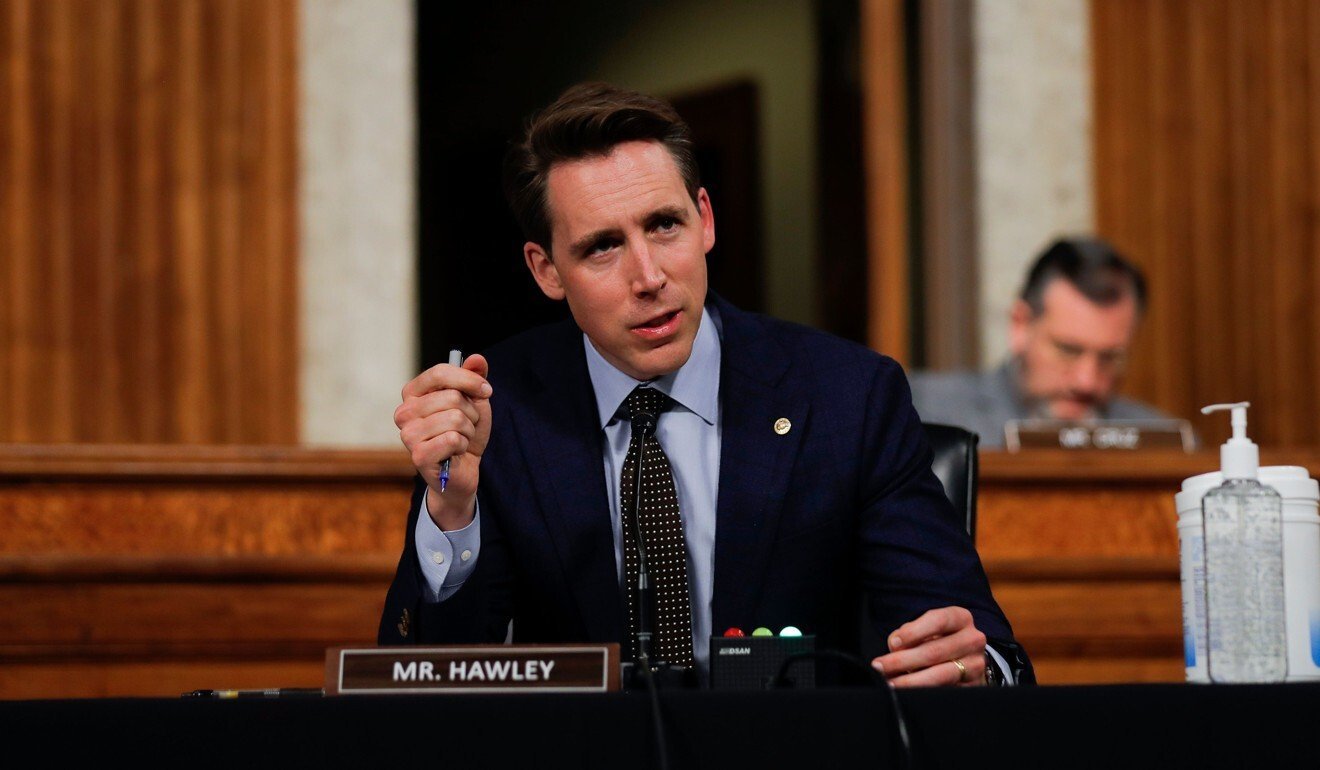 US Senator Josh Hawley speaks during a Senate Judiciary Committee hearing on Capitol Hill in Washington on May 12, 2020.

Hawley graduated from Stanford University and Yale Law School before serving as a law clerk for US Supreme Court Chief Justice John Roberts. He knows the First Amendment only enjoins Congress, not private businesses. Why make such easily debunked arguments? Because he thinks enough of the public will buy it to let him avoid any consequences.

Cheap talk is hardly limited to the far side of the Pacific. Chinese state media, government outlets and pro-Beijing commentators wasted little time revelling in the events at the Capitol, gleefully juxtaposing images from Washington with those of Hong Kong pro-democracy protesters storming the Legislative Council building.

Even Singapore Law and Home Affairs Minister K Shanmugam joined in, though he lacked the courage of his mainland counterparts and merely closed his post with the leading question, “What explains the different perspectives?”

Such posts thrive on social media but omit essential context. The Hong Kong protesters acted in defence of democracy – universal suffrage for the legislature and chief executive was one of their five demands. The pro-Trump invaders acted in defiance of democracy, demanding the will of US voters be subverted over evidence-free claims of election fraud. Equating the two elides over their diametrically opposed goals.

It seems unlikely that Singaporean ministers, Chinese officials and an array of well-educated pundits are all unaware of this context. Instead, they ignore it and advance their political agendas with arguments that fall apart with a moment’s research. More cheap talk meant to obscure reality.

The prevalence of cheap talk by people who should know better matters because it crowds out valuable talk on important issues. There are genuine concerns
over the influence of “big tech” and social media platforms, and there are flaws in US and Hong Kong democracy that need addressing.

Instead of having those substantive discussions, though, bad-faith actors flood the zone with superficial point-scoring and shameless dissembling.

What can we do about this? It’s tempting to give in to despair and dismiss all politicians and talking heads as beyond hope, but that doesn’t give them any incentive to change. We have to expect more of them and ourselves. 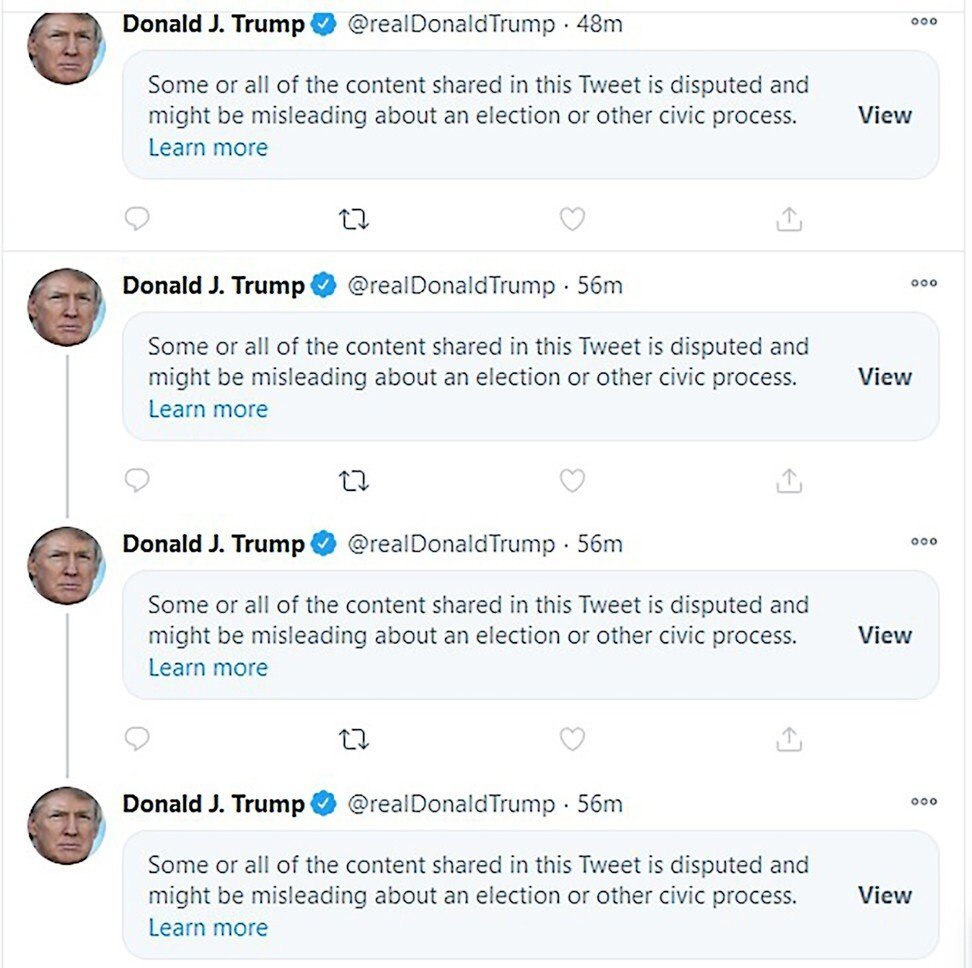 Hawley, his fellow Republicans and Shanmugam are elected officials and thus directly answerable to the public. We can make our displeasure known and withhold our support if their behaviour continues.

Those who are not elected are still likely to be online. Social media remains a two-way street, and rather than rolling our eyes at paper-thin arguments, we can make it clear we expect more from those who can do better.

We all have plenty to deal with already with the pandemic and its effects on our lives. With just a moment’s extra thought and a targeted message or two, though, we can do our part to push back against cheap talk and improve public discourse.