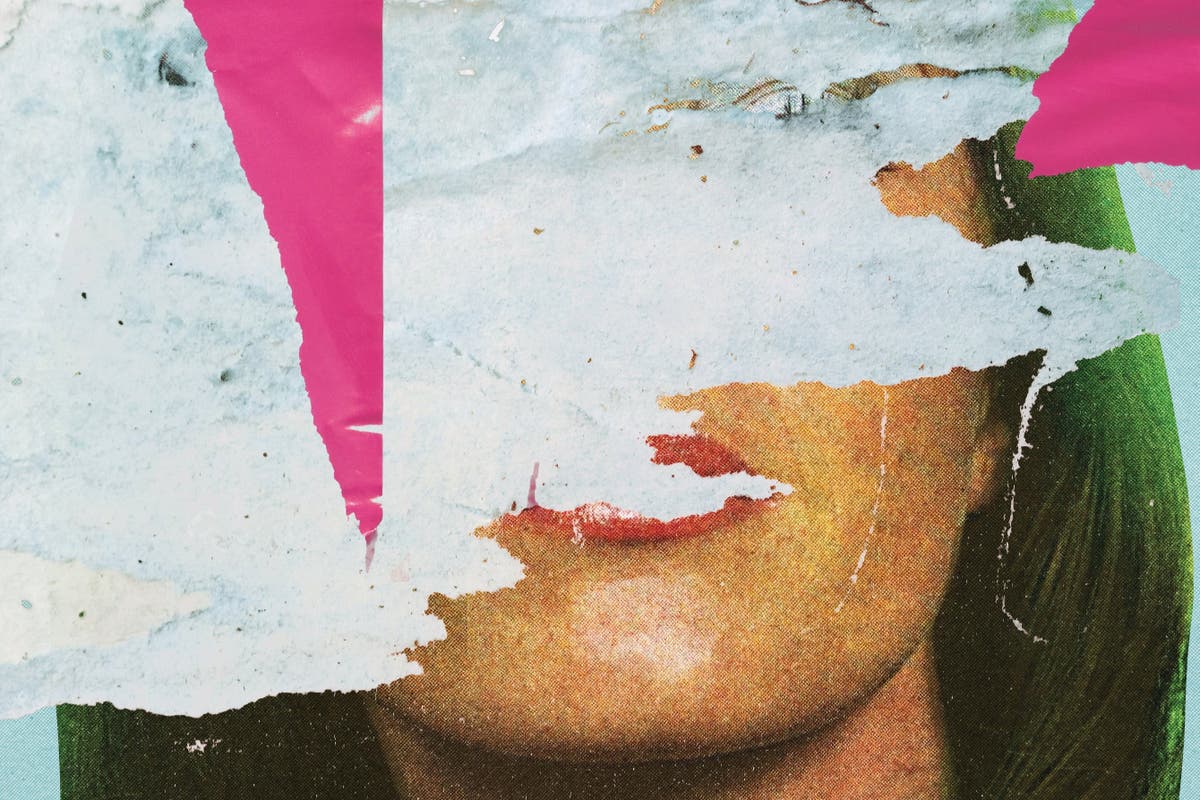 What really happens when someone gets cancelled?

Being made persona non grata doesn’t just happen to errant celebrities, says Lynn Enright, as she explores the impact of cancel culture. But when does meting out deserved punishment tip into unforgiving puritanism?

In 2018, the screenwriter Kashana Cauley tweeted a joke that riffed on the old Andy Warhol quote about fame.

‘In the future,’ she wrote, ‘everyone will be cancelled for 15 minutes.’ 2018 was the year that the now defunct babe.net ran a story on Aziz Ansari, bad sex and the grey areas of consent. It was the year that Roseanne was pulled after Roseanne Barr posted a racist tweet about Valerie Jarrett, an African-American woman who was a senior adviser to Barack Obama. It was the year that Louis CK, who had repeatedly been accused of sexual misconduct over several years, finally started to lose jobs.

We’re all, by now, fully versed in how things played out. In the months following the October 2017 revelations about Harvey Weinstein, a long overdue reckoning took place: people were being held to account — and, crucially, facing consequences — for their actions, whether they were criminal or simply unsavoury. Alongside that reckoning, though, there was perhaps a creeping sense — seemingly nodded to in Cauley’s tweet — that a puritanical mindset had begun to establish itself in the court of public opinion. Was being famous to be forevermore accompanied by the threat of having it all snatched away if you transgressed in a way that displeased social media? 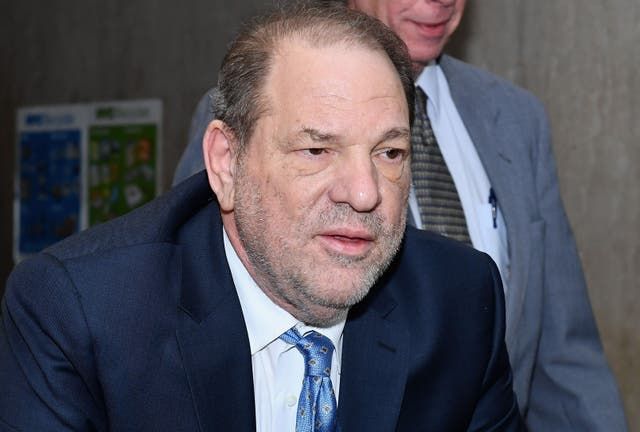 Now, more than three years on, and things feel even messier. Weinstein is a convicted rapist currently serving 23 years — but Kevin Spacey, accused of sexual assault by several men in 2017, is set to stage a comeback as a policeman in a new film (about a man wrongly accused of child abuse). Ansari (he and Spacey both denied the allegations against them) had been keeping a low profile but his show, Master Of None, has returned to Netflix. As some commentators decry cancel culture, others are pointing to the rise of ‘uncancel culture’, whereby men like Spacey begin the process of re-establishing their careers. And still we struggle to accurately define the term ‘cancelled’: one of the most over-worked words in our collective vocabulary, it is used to define anything from ‘mildly criticised on Twitter’ to losing a job to becoming the subject of death threats.

Aja Romano, a US-based reporter for Vox who has written extensively about the phenomenon, points out that ‘“cancelled” was originally a word with a specific meaning, context and goal in black social media spaces… it’s an organised method of boycotting the target, a form of trying to hold public figures accountable for their harmful words and actions, especially as a way for marginalised communities to collectively speak back to individuals with power and influence’.

The power imbalance is key: the dispossessed and the marginalised often have no weapons to bring the powerful to account except boycott. ‘I think that the further we get away from that usage,’ says Romano, ‘the less useful it becomes as a term and a concept.’

John Harrington, editor of PR Week UK, says that ‘cancelled’ is a term particularly beloved of journalists: ‘It works well in a headline. People feel like they instinctively know what it means — but it can exaggerate the situation, it can distort the truth. I mean are you really cancelled if you’re still free to find work?’

Just recently, the names of author Chimamanda Ngozi Adichie, cricketer Ollie Robinson, model Chrissy Teigen and pop star Billie Eilish have all appeared in headlines alongside the words ‘cancelled’ or ‘cancel culture’. Adichie ended up a key figure in the debate last month when she wrote an essay that criticised ‘social-media-savvy people who are choking on sanctimony and lacking in compassion’. Predictably, she was praised by some, who worry that cancel culture is stifling thought, and criticised by those who disagree with her views on gender and trans rights. Adichie’s essay went viral but arguably did little to move the discussion on. The responses to it were polarised along ideological lines and it became another salvo in an incendiary battle. 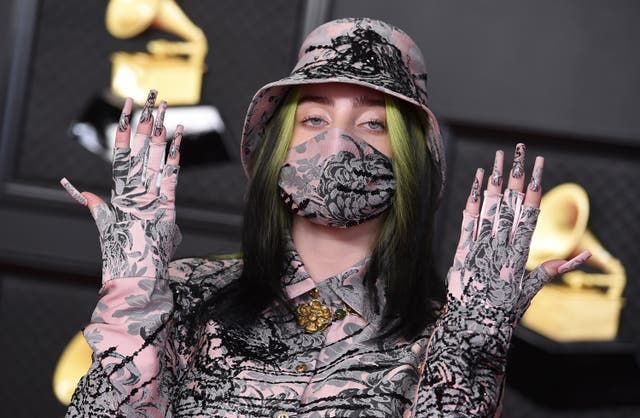 Meanwhile, Robinson, Teigen and Eilish were all forced to apologise for past behaviour. Racist and sexist tweets written by Robinson were brought to light, Teigen’s history of cyberbullying was exposed and video footage of Eilish mouthing an anti-Asian slur emerged. All three were compelled to issue earnest mea culpas, presumably written with the input of their publicists. Managing the public apology is now just another part of a publicist’s job, says Harrington, but perhaps such an apology has value if the cancelled person, and their fanbase, thinks again about their actions. Romano makes the point that there is a useful lesson to be learnt from the Eilish controversy: ‘Cancelling — the act of, for example, holding a “Billie Eilish is over party” on Twitter, let’s say — isn’t about serving a “gotcha” to Eilish for something she said and did as a young teen. It’s about discussing the harmful real-world impact, calling her to account, and reminding the world that this isn’t okay.

‘Does it suck that someone went through her old social media and is now broadcasting stuff she said as a young teen? Absolutely. But that action doesn’t harm the world the way a celebrity casually dropping a racial slur and perpetuating racist stereotypes does, and that’s the part that always, always gets lost in the outcry over someone being “cancelled”.’

What did Eilish and Robinson really lose by being cancelled? They encountered embarrassment and they probably had a tough week or two — but plenty of supporters came to their defence, pointing out that they were very young when they transgressed. Culture secretary Oliver Dowden, supported by Prime Minister Boris Johnson, went so far as to criticise the England and Wales Cricket Board’s decision to suspend Robinson, insisting the move was ‘over the top’. That suspension has since been lifted. They emerge from the furore with their careers intact. Their apologies seemed contrite enough, their youth offered an excuse and, ultimately, their talent, fame and earning potential means that they are buffeted from the worst excesses of cancel culture. Eilish, who has won Record Of The Year at the Grammys for the past two years in a row, isn’t going to simply disappear when criticised. In fact, if we take her apology at face value, we can see that she might even learn from the experience.

Teigen has encountered significant consequences, losing lucrative contracts, but she is hardly struggling financially. Other celebrities might find being cancelled allows for a move into more appealing opportunities: Laurence Fox is unlikely to be hired as an actor any time soon, but his career as a right-wing firebrand is flourishing.

Perhaps, it is the more ordinary, or certainly the less famous, who have more to lose from being cancelled. Edward*, a performing arts professional in his 30s, was, he tells me, ‘called out on social media by a woman I had been seeing for my shitty behaviour towards her. Her post wasn’t specific, which made people assume the worst.’

In the weeks that followed, he lost work and friends. ‘It had an incredibly deleterious effect on my life,’ he says. ‘I was suicidal for months. I’ve self-harmed. I’ve had substance abuse problems. I ended up in a psychiatric facility.’ Now, more than a year on, he remains unemployed. He resents the haphazard nature of how cancelling works online. ‘One of the worst things is how imprecise and random it is,’ he says. ‘Louis CK who, granted, received pretty sizeable backlash for his genuinely deplorable behaviour, has started doing shows again. Chris Brown has received almost no backlash for brutalising one of the most famous women on the planet. And then there are some people who received huge backlash over tweets they made when they were teenagers. There is no process with this.’

Jay*, a TV director in his 50s, says he ‘got caught up in the US media storm around Weinstein. There was huge pressure to find a British equivalent and, in part, I took the hit.’ After allegations of sexual harassment against him were ultimately dismissed but accusations of inappropriate verbal conduct were upheld, he resigned from his staff job, signing a non-disclosure agreement, which gagged him from talking about the process. ‘Naturally, people assume the worst,’ he says. ‘And the fact that I haven’t come out fighting to clear my name means people assume it must be worse than they suspect. But the opposite is true, it’s much more innocuous than the furore indicates.’ He has since moved out of his home: ‘It’s on Airbnb now and that’s how I survive: as a chambermaid.’

Edward and Jay both feel that they were victims of a chaotic social media vigilantism — and both are pessimistic about a future in which a stand-in for genuine justice takes place on Twitter. It would seem though that the culture of online criticism is here to stay. ‘There is a sizeable number of young people who consider themselves campaigners now,’ says Harrington. ‘From a young age, it’s a natural part of what they do. There’s less tolerance for indiscretion among Generation Z and more ideological purity. Whether they’ll always think that way or whether their stance will change as they get older is not quite clear.’

‘Now that conservatives have weaponised cancel culture as a phenomenon to fear, they aren’t going to let it drop any time soon,’ Romano says.

There are tough questions ahead, then. If punishment is meted out online, will rehabilitation take place in the same space? And can we really engage in sophisticated debate about such a complicated concept when so much of the discussion occurs in bad faith, with people yelling across an ideological and sometimes political divide?

It is probably true to say that most people with an online presence occasionally worry that they could be called out for an indiscretion or a misstep or worse — but protecting ourselves from this and pouncing when we see it in others shouldn’t be our preoccupation. It’s easy to point out when someone has made a mistake; it’s easy to respond with an apology. The more complicated job is how we collectively manage the process of highlighting wrongs and facilitating forgiveness. ‘The emphasis has to be on listening, learning, being humble and interacting in good faith,’ Romano says. It sounds like a sensible approach — but when has this conversation ever been sensible?