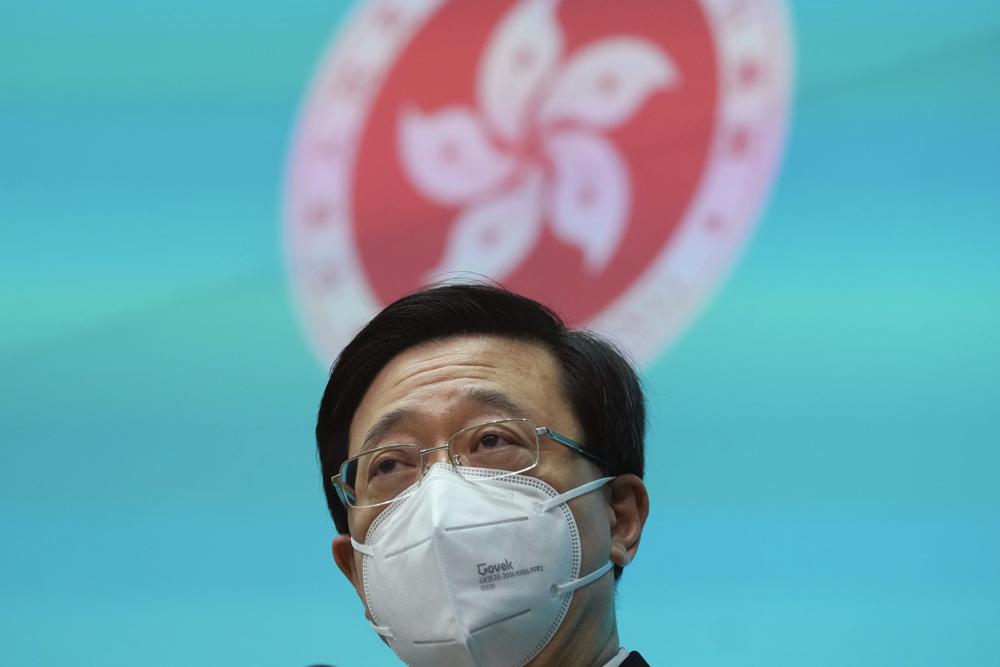 What comes next with John Lee leading Hong Kong?

There was little doubt over John Lee's election as Hong Kong's next chief executive.

A career police officer and the city's security chief received over 99% of the vote from an election committee stacked with mostly pro-Beijing members. He was the sole candidate in Sunday's election.

On July 1, the anniversary of Hong Kong's 1997 handover from Britain to China, Lee will take control of the semi-autonomous territory from Carrie Lam. She leaves after five tumultuous years that spanned pro-democracy protests in 2019, a subsequent crackdown that snuffed out virtually all dissent, and Hong Kong's worst coronavirus outbreak that has killed over 9,000 people this year.

Experts have said that Beijing's endorsement of Lee signals the central government is looking for someone reliable to ensure that its authority in Hong Kong is never questioned again.

The city was promised freedoms not found in mainland China when the British handed it over in 1997. But such Western-style liberties, including the freedom of press and assembly, have been seriously eroded with the implementation of the national security law. Over 150 people, most of them pro-democracy supporters, have been arrested and many others fled abroad or keep quiet.

Lee has also pledged to enact a local legislation to protect against security threats, known as Article 23 of Hong Kong's mini-constitution, the Basic Law. Previous attempts to pass the bill have failed because of strong local opposition.

Article 23 stipulates that the city shall enact its own laws to prohibit ``any act of treason, secession, sedition, subversion against the Central People's Government,'' as well as ``theft of state secrets.''

This year's vote for Hong Kong's chief executive is the first since the electoral system was changed last year to ensure that only ``patriots'' are allowed to run for office.

The crackdown on dissent, coupled with the electoral reform, all but eliminate pro-democracy candidates for the legislature or the top post. Under the new system, candidates must be vetted by a committee that determines if they are suitable or patriotic enough.

Under the new electoral rules, Lee was the only candidate who received backing by Beijing. Several people, including a movie producer, had expressed interest in running but did not submit their names during the nomination process.
#coronavirus
Add Comment