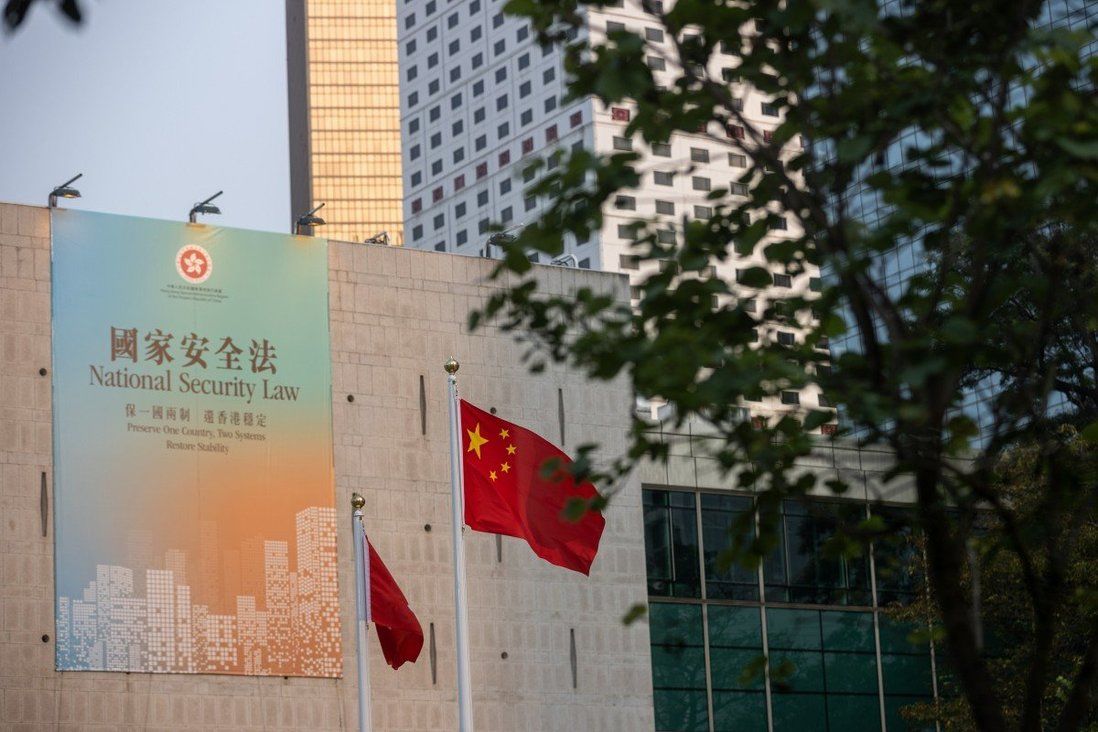 What are the real intentions behind the BN(O) visa offer to Hongkongers?

The Five Eyes’ narrative was that the national security law would crush freedom, and that they would offer a safe haven to the oppressed. But their linking of the issue to Xinjiang suggests they are more interested in targeting Beijing.

The introduction by the British government of a pathway to citizenship for Hongkongers holding BN(O) status has generated much excitement and interest both in Britain and locally. As many as 5.4 million could, in theory, be eligible and estimates as to how many may apply range from 200,000 to several million.

How many will actually choose to move there instead of to one of the more traditional emigration destinations (the US, Canada, Australia) is another variable. Numbers on this scale have inevitably attracted international attention.

Looked at closely, the scheme is not nearly as generous as it appears at first sight. As I have pointed out in this column before, Hong Kong people at one time had the right to settle in Britain without fuss. This right was gradually stripped away by a series of amendments to British nationality law.

The new package requires a series of hefty fees to be paid for residence, followed by a wait of six years before an application can be made for British citizenship.

Given the current state of the British economy with the full horrors of Brexit still to work their way through, many will find the going tough, especially with regard to employment. At least the new path does allow people to work while waiting to complete the process, which is an improvement over previous proposals.

Older hands will recall that before the Portuguese withdrew from Macau, they offered full European Union citizenship to residents. Macau students were then able to study at British universities paying only “home” fees, while Hong Kong students had to pay the much higher “overseas” rates.

If the issue at the micro level merits a closer look, so too does the macro level. In recent years, a group of Western nations has been trying to confront China on a range of matters.

The group comprises the US, Canada, Britain, Australia and New Zealand and is known as the “Five Eyes” because they share intelligence. Differences have arisen between them and Beijing over Tibet, Xinjiang, the South China Sea, and Taiwan as well as over trade, technology and so on.

The latest issue to catch their eye is the introduction by Beijing on June 30 of national security legislation for Hong Kong. Some argued this was a breach of the Basic Law because Article 23 says the Hong Kong Special Administrative Region “shall enact laws on its own” to protect national security.

The argument does not stand up. That obligation remains and the Hong Kong government still needs to fulfil it. But this in no way detracts from the national government’s right to step in if it sees genuine threats to national security.

In the middle of 2019, what began as a peaceful demonstration against ill-considered extradition legislation (against a backdrop of slow progress towards greater democracy) morphed into a series of increasingly violent protests. There was extensive vandalism of public and private property and a serious threat to public safety, with petrol bombs thrown and other acts of terrorism.

The narrative of the Five Eyes was that the new law had the effect of crushing freedom in Hong Kong, and that they would offer a safe haven to show support for oppressed Hongkongers. This was the stated purpose of the new British arrangements for British National (Overseas) passport holders. Supportive statements to the same effect were made by Canada, Australia and the US.

My impression is that many Hongkongers have reservations about the new law, but are prepared to wait and see how it is implemented in practice. A small minority have serious grounds for concern: those who advocated the pipe dream of independence or had been engaged in criminal acts during the unrest. At the same time, many ordinary people seem to quietly welcome the restoration of law and order in the streets.

For some reason, in recent public statements, the Five Eyes have linked the national security issue to the situation in Xinjiang. The system of re-education camps established, reportedly for steering the Uygur minority away from militant Islamic extremism, has been described as “concentration camps”.

The term has been slavishly bandied around by much of the Western media. On his last day as US secretary of state, Mike Pompeo also applied the word “genocide”.

Since the middle of the 20th century, the term “concentration camps” has had only one meaning: centres for organising mass murder on an industrial scale. The Five Eyes know this well: American forces liberated Dachau and Buchenwald, British troops entered Bergen-Belsen.

Like most people, I am not familiar with the camps in Xinjiang, never having visited or seen independent TV footage. Critics claim the conditions are unpleasant and abuses occur. I do not know if this is the case. But one thing I do know is that they are not concentration camps.

What can we take from a coordinated approach to providing a safe haven for people fleeing from Hong Kong, combined with the use of emotive language on a separate subject? Is it genuine altruism, or have the Five Eyes found the Hong Kong situation to be a useful new stick with which to beat China?
Add Comment