The trading phenomenon that saw individual investors inflate stock prices despite company performance is back.

Meme stock mania, born during the peak of the coronavirus pandemic, has turned the tables on institutional investors by banding retail day traders together via social media to pump the stock of companies Wall Street bets against.

This new generation of traders, assembling on websites like Reddit’s popular WallStreetBets forum and using commission-free trading apps like Robinhood, made headlines after they catapulted the stock price of flailing video game retailer GameStop.

Shares surged from $3 in 2020 to past $300 at the end of January 2021, causing historic market volatility and substantial losses for short-selling hedge funds.

Jamie Rogozinski, the founder of popular online stock market chat forum WallStreetBets, which boasts 12.5 million members on Reddit, told Al Jazeera that retail traders were just reacting to the times. “The government forced everyone home, sent them stimulus cheques, took away people’s entertainment, their sports, their everything. The natural progression was for people to turn to stocks and trading.”

Retail investors who have engaged in the meme stock frenzy are known for targeting struggling businesses, and there is good reason for that, explained Edward Moya, a senior market analyst at OANDA.

“The retail trader has been trying to find opportunities to stick it to the hedge funds,” he told Al Jazeera.

What is a meme stock?

A meme stock is one that becomes well-known among individual investors thanks to social media.

A group of day traders on a social media site such as WallStreetBets identifies the stock and coordinate with others within their online community to buy shares to inflate its price with the intention of selling it before it falls. They usually target companies that Wall Street has bet against. The rise in stock price usually has little to do with the company’s performance. 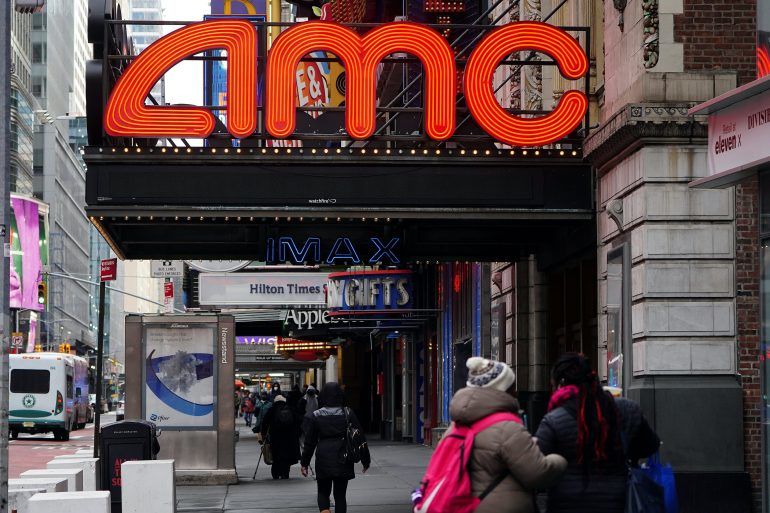 An AMC theatre is pictured in the Manhattan borough of New York City, New York, US  the chain became a meme stock in 2021 and used the capital to rebuild its business

When did meme stocks become a thing?

The meme stock frenzy made headlines in January 2021 with video game company GameStop. Day traders organising on Reddit caused the stock to soar. The traders gained a lot of attention because they caused Wall Street institutional investors, many short-selling hedge funds, to lose millions of dollars.

What is short selling?

Short selling is borrowing a stock through a broker with the expectation the price will fall. When it does, the buyer returns it and profits from the difference between the first price and the second, lower price.

A short squeeze is when investors who have bet against a stock with the assumption that it will fall, see the price rise. So when Reddit’s WallStreetBets asks retail day traders to buy GameStop stock, thereby driving the price higher, hedge funds caught in a short squeeze can either close out their bets and eat their losses or try to ride out the price surge which usually means they have to put up more money. 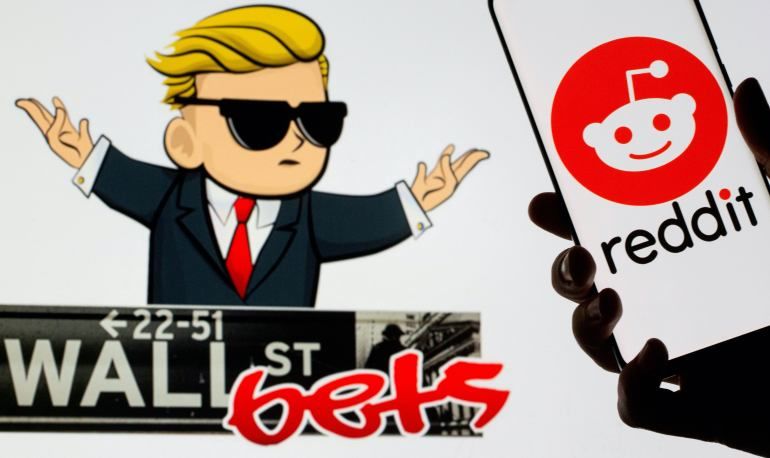 How do meme stock traders pick the companies they target?

Rogozinski of WallStreetBets explains the strategy: “They have a rival, the big bad hedge funds that are shorting and trying to get rid of their beloved, in the case with GameStop it was video game company, something that this demographic relates [to]. So you have this really nice story of good and evil. David and Goliath. This video game store, I love it, I grew up playing Mario Brothers and I’m not going to let you take it away.”

Has Wall Street taken advantage of the meme stock buzz?

Yes. Analysts say that Wall Street is making a profit even if the initial meme stock frenzy took a bit of getting used to.

“In some cases, it’s been easy money,” OANDA’s Moya explained. “When meme stocks started to evolve, you had all the hedge funds say, ‘OK, I don’t believe in this strategy, there’s so much opportunity here to take advantage of getting in, maybe not necessarily before the retail traders, but getting out before them. That’s where the money is.”

Has meme trading evolved in the past year and a half?

With record high inflation and a possible recession on the horizon, retail traders are changing their behaviour, Moya told Al Jazeera.

“They’re really kind of trying to become more a pump-and-dump scheme,” he said. “This is not what we saw before where people were saying they’re gonna hold GameStop forever or AMC forever. Now it’s more of a targeted strategic bet.”

A meme found on Reddit’s WallStreetBets, where 12.5 million users communicate through humorous references to popular culture that drive day traders to buy stock of certain companies

Just as with any investment, it depends on the timing of what you bought and sold. Some individual investors made great gains in GameStop, while those who have it now would be operating at a loss.

“If you were to select a person who held a position in GameStop at random at the frenzy’s peak, it is not obvious that that person made money over the course of the GameStop episode. Lots of people kept holding the stock on principle far longer than they should have,” Alex Chinco, professor of finance at Baruch College, told Al Jazeera.

Why the resurgence in meme stocks now?

Widespread inflation has made everyone a lot poorer, OANDA’s Moya explained to Al Jazeera.

Millennials and Generation Z are buying houses, have a tonne of student loans to pay back, and cannot afford to be loose with their financial investments. But in the same vein, retail trading around meme stocks provides an opportunity to go against the grain. And “with so much pessimism around Wall Street, a lot of young people are not expecting the stock market to provide as many opportunities for long-term bullish bets”, Moya added.

Rogozinski added: “There is this mindset of the do-it-yourself social media influencers and it’s also about the gig economy, where people have a job and they’re still doing hustles on the side. You have these people saying, ‘I don’t need to pay somebody else to control my money’.” 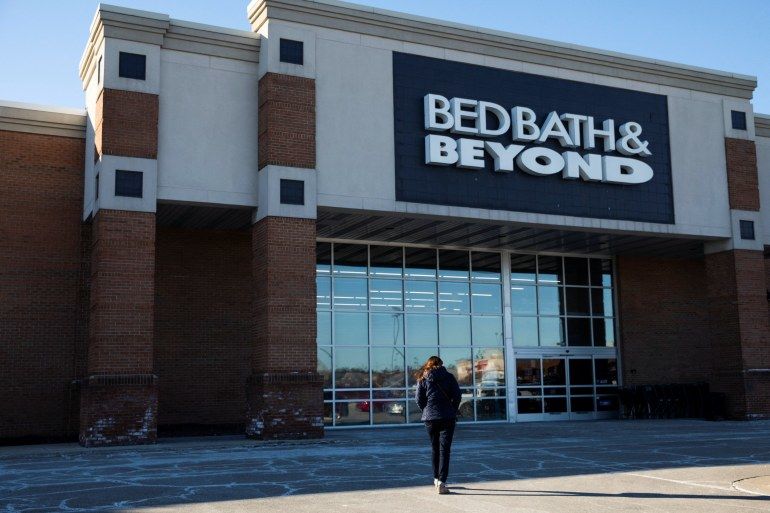 A customer walks into a Bed Bath & Beyond store in Novi, Michigan, US – the company is one of several that saw its shares spike driven by support by individual investors coordinating online

It looks like Wall Street may be catering to this new crowd.

“The New York Stock Exchange and global markets companies are starting to create derivatives and products that are cheaper and smaller,” Rogozinski said. “They’re making small versions of futures, micro-stock options, which are a tenth as leveraged so it’s not as dangerous. There’s really no financial justification for these products to exist, other than to make things more accessible to this particular demographic.”

Is anyone regulating this stuff?

The Securities and Exchanges Commission (SEC), the US federal regulatory agency, has looked into meme stocks and Congress held a hearing on it, but so far no action has come of it.

In June 2022, the US House Committee on Financial Services published its findings in a report (PDF), warning of the inadequate risk management which led up to the meme stock trading frenzy. The committee also called on regulators to boost capital and liquidity oversight, improve supervision of retail-facing “superbrokers” and try to better understand how retail traders operate.