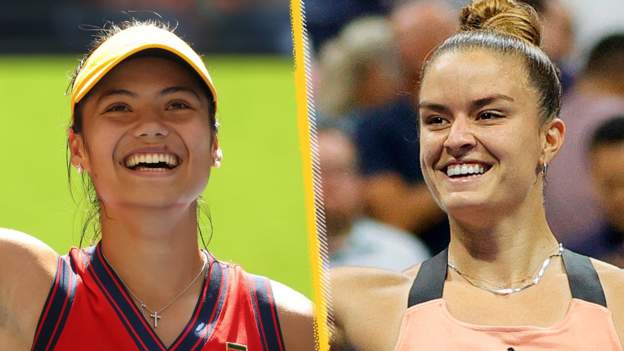 Weird to be in US Open semis - Raducanu

Emma Raducanu says it is a "weird feeling" to have reached the US Open semi-finals and be one of the last few remaining players in the locker room.

"I didn't think I'd be here. But now I am, I'm so excited to get out there," said Raducanu.

Raducanu has exceeded expectations in her first overseas Grand Slam - and only her fourth tour-level event - by becoming the first qualifier to reach the US Open last four.

After coming through three qualifying matches to reach the main draw, the Kent teenager is yet to drop a set in her eight matches at Flushing Meadows.
The latest triumph came against Swiss 11th seed Belinda Bencic on Wednesday and set up the last-four meeting with Sakkari, who also reached the semi-finals at the French Open in June.

Raducanu joked that the fewer players there were left in the tournament the "easier to get a practice court at a decent time".

"To be in the semi-finals with so few people left in the tournament, it is a weird feeling and I haven't quite wrapped my head around it," she said.

"I'm excited though, for sure."

After beating Czech fourth seed Karolina Pliskova in her quarter-final, Sakkari said: "Emma is having a great run but I trust myself and trust my game. I believe a lot in myself." 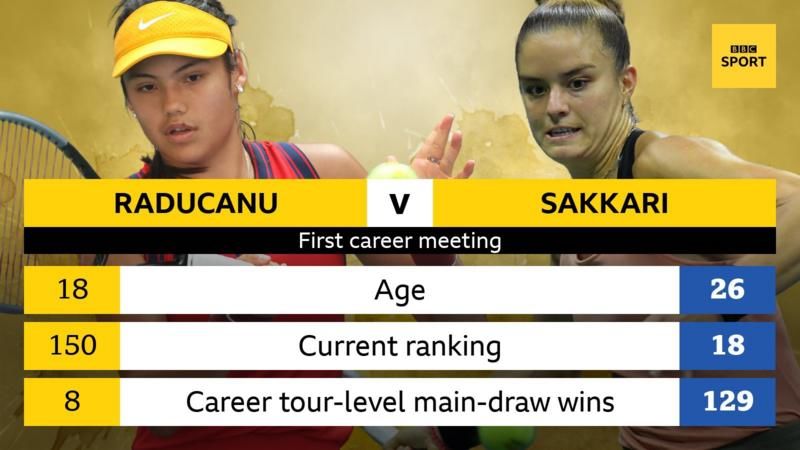 Raducanu ready to star under the New York lights

Raducanu has continued to break new ground at Flushing Meadows and there will be another new experience when she plays in the night session on Ashe for the first time.

Playing underneath the lights on the biggest tennis court on the world - which has a capacity of nearly 24,000 - is an experience like no other.

With exuberant fans enjoying the mid-match entertainment - which usually includes music, dancing fans, celebrities being introduced to the crowd and 'Kiss Cam' at the changeovers - there is always a din of background noise in a crackling atmosphere.

"It'll be my first night match here in New York and it will be a cool atmosphere," Raducanu said.

"Playing in the evening I have a bit more time to recover and prepare as much as possible, then we will see what happens." 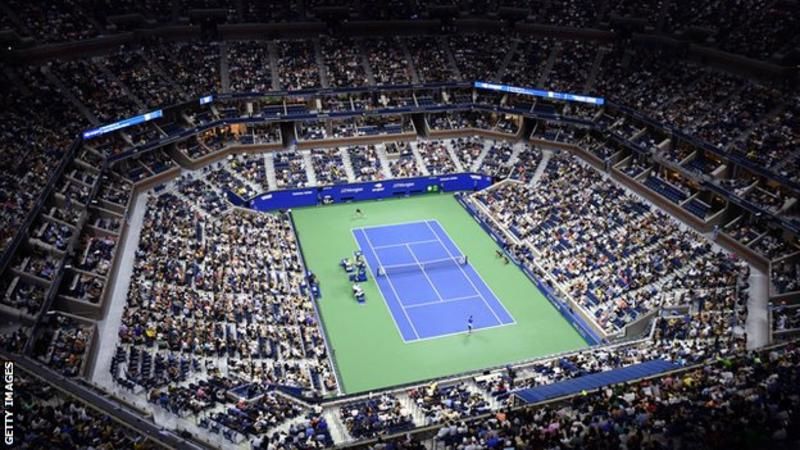 Relaxed Raducanu rising through the rankings

Raducanu has long been tipped as a future star by those who know her, but nobody would have predicted the ease with which she has breezed through the US Open main draw.

She has not even been taken to a tie-break, conceding just 22 games to her five opponents in the main draw.

Beating Bencic means Raducanu will rise to the cusp of the world's top 50, in the process overhauling Johanna Konta and Heather Watson to become the British women's number one.

One more victory will lift her into the top 30 - moving her above American veteran Serena Williams, who did not play in this year's US Open because of injury.

Whatever happens on Thursday at Flushing Meadows, British doubles player Naomi Broady says she is convinced Raducanu will become a star in British tennis for many years to come.

"It is so exciting. Everyone can say we need to calm down, we've seen it before and nothing has come of it, but with what we've seen in this run, let us live in this moment of excitement," said Broady, who revealed she was texting Raducanu a few hours before Wednesday's quarter-final.

"I wasn't sure if she would be responding because I thought she might be off her phone.

"She was super relaxed - it was a totally normal conversation.

"You wouldn't have thought she was about to go on for her first Grand Slam quarter-final."