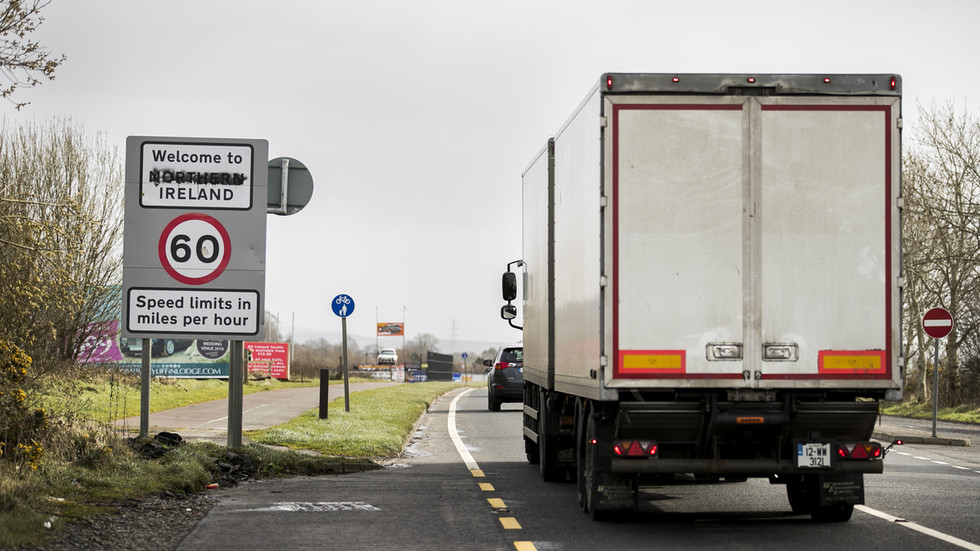 ‘We cannot go on as we are’: UK Brexit minister demands new Northern Ireland deal with EU

The British government has called for a new deal with the EU to resolve current trade issues between Great Britain and Northern Ireland, as the UK’s Brexit minister, David Frost, warned “we cannot go on as we are”.

Frost expressed his discontent at the current Northern Ireland Protocol element of the UK’s Withdrawal Agreement, telling Parliament on Wednesday that the deal needed a “significant change”.

The Brexit minister called for a revision of the deal to strike a “new balance”, with “the relationship between us and the EU no longer policed by the EU institutions and the [European] Court of Justice”. Instead, the new agreement would hopefully embody more of a “sense of genuine and equitable partnership”, he added, while warning that “we cannot go on as we are”.

However, Frost also said that, while there was justification for invoking Article 16 – which permits either party, London or Brussels, to suspend parts of the treaty if extremely negative circumstances arise – it would not be the best action to take at present.

European Commission Vice President Maroš Šefčovič responded to Frost’s comments, stating that the bloc would continue to work with the UK and look for “creative solutions, within the framework of the Protocol, in the interest of all communities in Northern Ireland”. However, a renegotiation was off the cards – Šefčovič said “stability and predictability” were of the utmost importance to the region.

Ireland’s minister of state for European affairs, Thomas Byrne, also refuted the possibility of the current agreement being revised, stating, “We do not want to negotiate the protocol.” He said the current agreement was already flexible enough and there was room for interpretation for its implementation.

Several issues have arisen, however, that have highlighted the complications of trade between Northern Ireland and Great Britain under the Protocol. In what was dubbed a ‘sausage war’, the UK and the EU were embroiled for months in an escalating row over an impending ban on the sale and import of British chilled meats to Northern Ireland. A three-month grace period on introducing the ban was granted by the EU, but this is due to expire in September.

Problems with the Northern Ireland Protocol have caused tensions to swell in the region, with the country’s unionists accusing Ireland of instigating a trade-based "Cold War". Back in March, the Loyalist Communities Council withdrew its support for the Good Friday Agreement – a truce that largely ended 30 years of conflict in Northern Ireland – as it did not support the resolution to the Irish border situation under the UK’s Withdrawal Agreement.
Add Comment