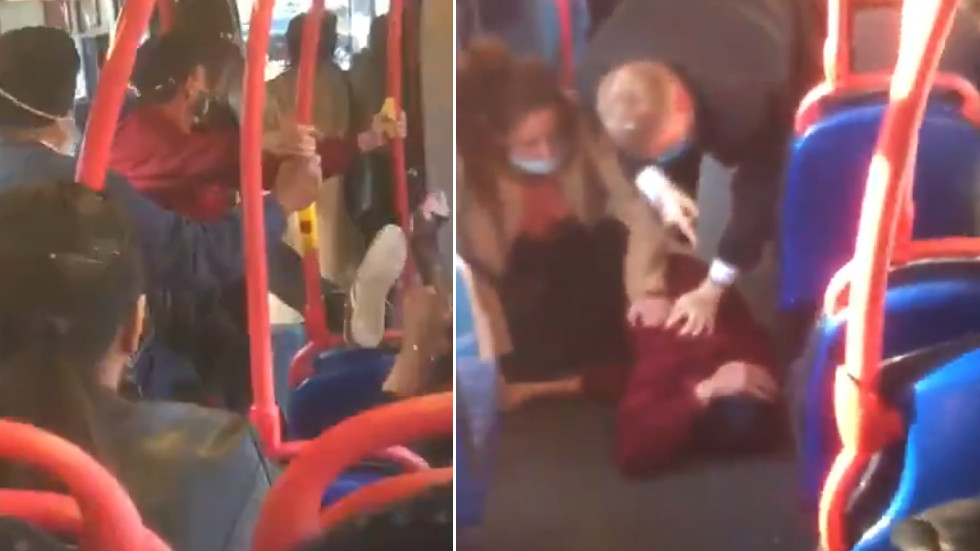 Shocking footage showing a man kicking a teenage girl in the face because she was not wearing a mask on a bus near Birmingham has unleashed a public outcry and prompted an investigation by the police.

The video begins with a middle-aged couple and a teenage girl embroiled in argument over masks, as the girl does not have hers on. At one point, prior to the beginning of the video, one of the pair allegedly told the girl to “go back to her own country.”

“All I'm saying is put your mask on! I'm not being racist, but the virus is more common in black and Asians. Put your f**king mask on,” the man can be heard saying in the video of the October 1 incident.

A young 16 year old girl abused by racist bigots on a bus in Birmingham. Watch how it ends. Give this man a medal. pic.twitter.com/lsSzubuBIa

The man claims the girl is more likely to kill her fellow passengers by not putting her mask on, while his companion berates and then threatens the girl.

“If you weren't 16 years old I would knock you the f**k out,” the woman says. After a prolonged shouting match, the couple stands up to exit the bus – but before they disembark, the man turns around and kicks the seated teenage girl in the face.

At this point, a male bystander in a suit intervenes and slams the thug to the ground before stamping on his head, shouting: “What are you doing, you piece of s**t? I will f**king murder you.”

He then shoves the abusive couple off the bus.

Many online praised the vicious vigilante, while others were appalled by the behavior of the man who dared to kick a teenage girl in the face.

“A grown man kicking a 16 year old girl?! Good on that guy intervening and sorting him out,” wrote one user. “Man in grey jacket - take a bow son,” chimed in another. 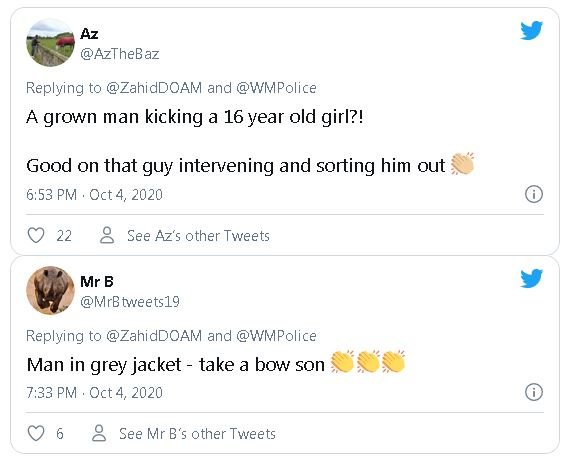 “We're investigating after a teenager was racially abused and attacked on a bus in Hill Top, West Bromwich,” a West Midlands Police spokesperson said.

“An argument broke out on the 79 bus in Moxley at around 5.40pm on 1 October, before a fellow passenger racially abused the 16-year-old and kicked her.”

Police have reportedly been in contact with the girl and said they are examining footage of the incident, stating that they "take racially aggravated crimes extremely seriously.”

Clarence Farrell 15 days ago
The driver of the bus should not have allowed the girl to board the bus, without a mask.
Would have saved a lot of embarrassment.
View all comments (1)Add comment