A former boss at Welsh women's rugby said she considered suicide because of what she claimed was a "toxic culture" of sexism at the Welsh Rugby Union.

Charlotte Wathan also said a male colleague said in front of others in an office that he wanted to "rape" her.

Another former female WRU employee, a mum of one, said she wrote a manual for her husband in case she killed herself.

The Welsh Rugby Union (WRU) said that both cases were investigated and proper procedures were followed.

One MP, also a former Wales player, warned the allegations against a major UK sporting organisation were "on a level" with the racism scandal that rocked Yorkshire Cricket Club.

Ms Wathan, the former general manager of Welsh women's rugby, said she cried after the alleged rape comment was made towards her at the WRU's Vale of Glamorgan training base in 2019.

"Someone referring about me in an office environment that they wanted to rape me," she told the BBC Wales Investigates programme.

"Take me back to the hotel, tie me to the bed and rape me. I remember feeling sick, like a punch to the stomach. I remember standing in shock thinking, 'did I just hear that?'

"And everyone's laughing, and there was a senior member of staff there. I left the room and I burst into tears. I thought 'crikey, is this what it's come to?'" 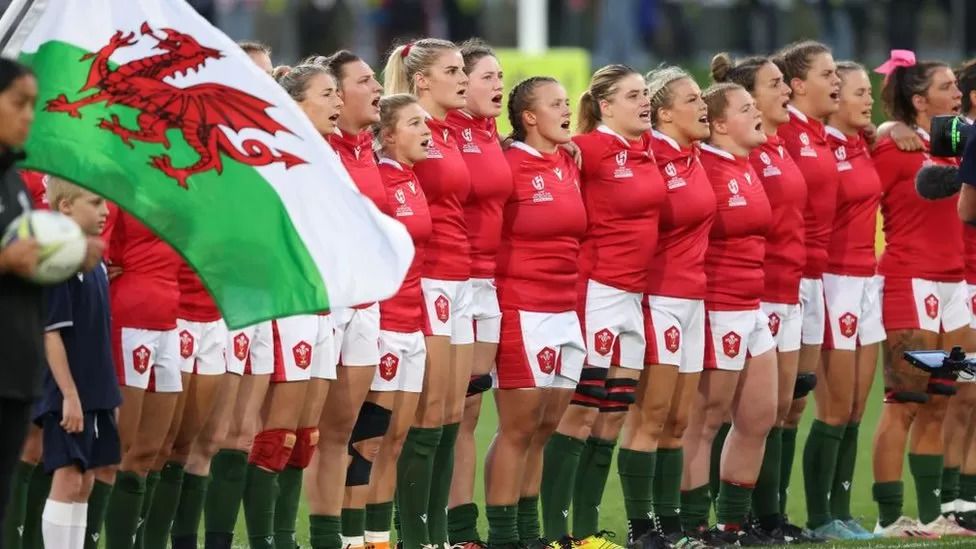 The Welsh team are ninth in the women's rugby world rankings
The comment was eventually investigated by an external lawyer after Ms Wathan raised it with the WRU as part of a wider grievance, but the BBC has discovered a number of key witnesses, who she said could corroborate her allegations, were not spoken to as part of that investigation.

The man who allegedly made the comment also was not spoken to as part of the grievance. He still works at the WRU.

But the WRU and Ms Wathan, who left the organisation early in 2022, reached an "amicable resolution" last month and a planned employment tribunal case was withdrawn.

The WRU told the BBC Ms Wathan's allegations remained unsubstantiated following a thorough independent legal investigation and that it could not comment further because her case had been settled since her interview with the BBC.

But it added it took any allegations from staff regarding behaviour, attitude and language seriously and if any allegations were substantiated it would act swiftly. It said such behaviour had no place in the WRU or Welsh rugby.

Ms Wathan said she told the WRU in 2021 the culture was "toxic" and she was too ill to return to work due to the impact on her mental health. 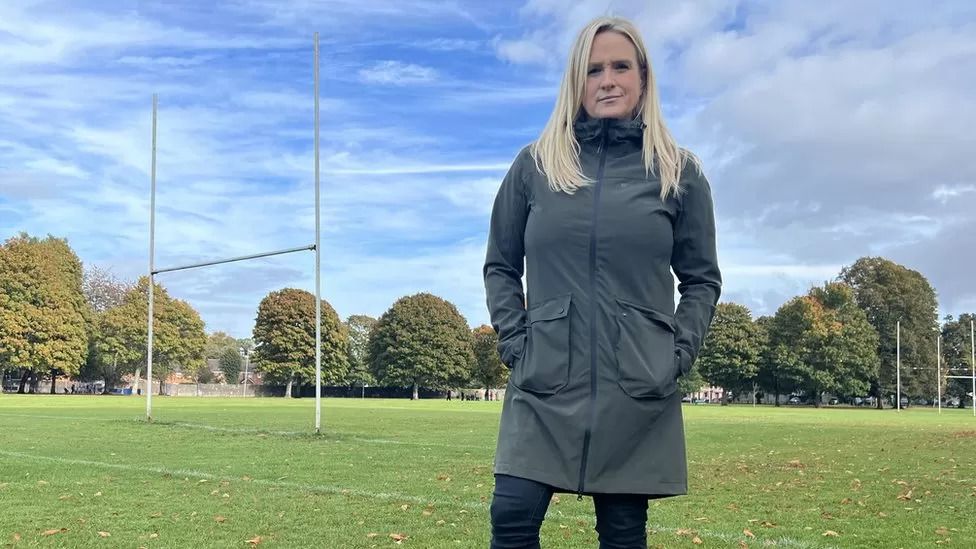 "You just, at that point, think there's no hope. And nobody wants to take this seriously.

"This was probably one of the worst experiences of my life and it was dark. It was grim. And it could have cost me my life.

"I could have left my children without a mum, just because I was trying to develop the women's game."

Another female former WRU employee, who wants to remain anonymous, also alleged she suffered sexism and bullying by a manager within the organisation and left in 2018.

The second woman described her time at the organisation as "an open wound" and said she wrote a manual for her husband in case she killed herself. 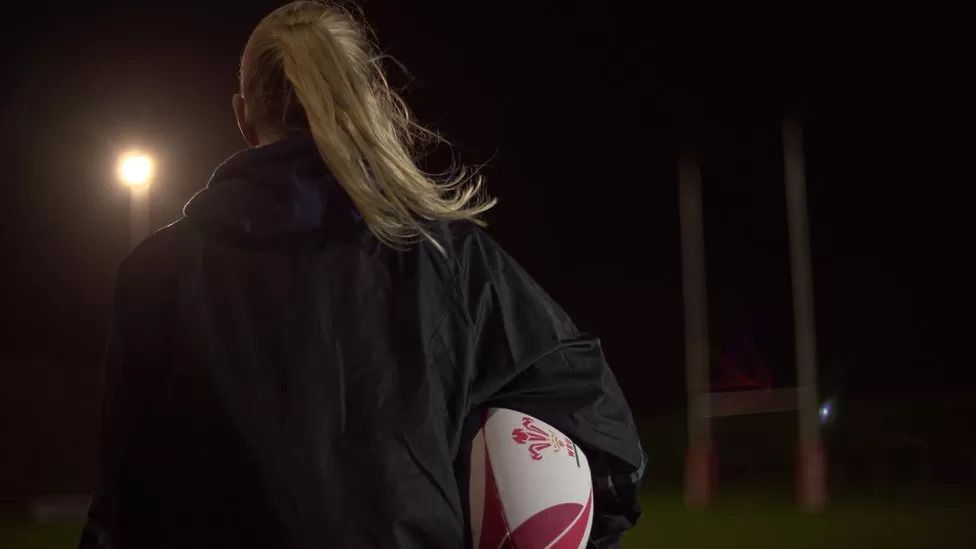 "It was constant undermining of me or my gender by nit-picking at irrelevant stuff.

"It takes you to a very dark, dark place when you can genuinely look at your husband and think 'you're young enough to meet someone else and my daughter is young enough to get another mother'.

"I went as far as to start drafting a manual for my husband and what to do in the event that I died."

She said she told HR that bullying and sexism at work had left her feeling suicidal and was advised to put in a grievance against the manager concerned and was told she could move to another office in the same building.

But she feared that complaining would make life her life more difficult so ended up leaving the WRU without raising a grievance.

She said she did give the name of the accused manager to HR and considered taking the WRU to an employment tribunal but the organisation argued she had left it too late to make a claim and there were no grounds. 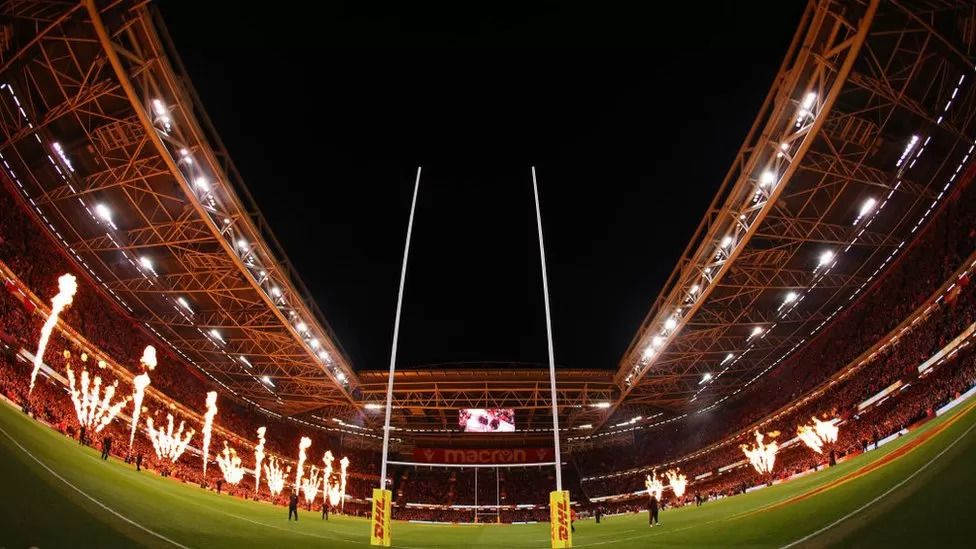 "They bullied me by saying they would put in a costs order against me," she added.

"On the balance of what was most important for that time - my family and livelihood, or trying to fix an organisation I no longer work for? I chose my family and my livelihood."

The WRU told the BBC her case was investigated and proper procedures were followed.

New WRU chief executive Steve Phillips said in December the union would "never be complacent" on fighting discrimination and said "the expectations are very high and rightly so, on everybody in the WRU - and we will maintain those standards."

Ms Antoniazzi, a former Wales rugby international, has said women from inside the WRU had also raised concerns with her.

She said she wanted the Welsh government to set up an independent body to oversee complaints about Wales' sports governing bodies. 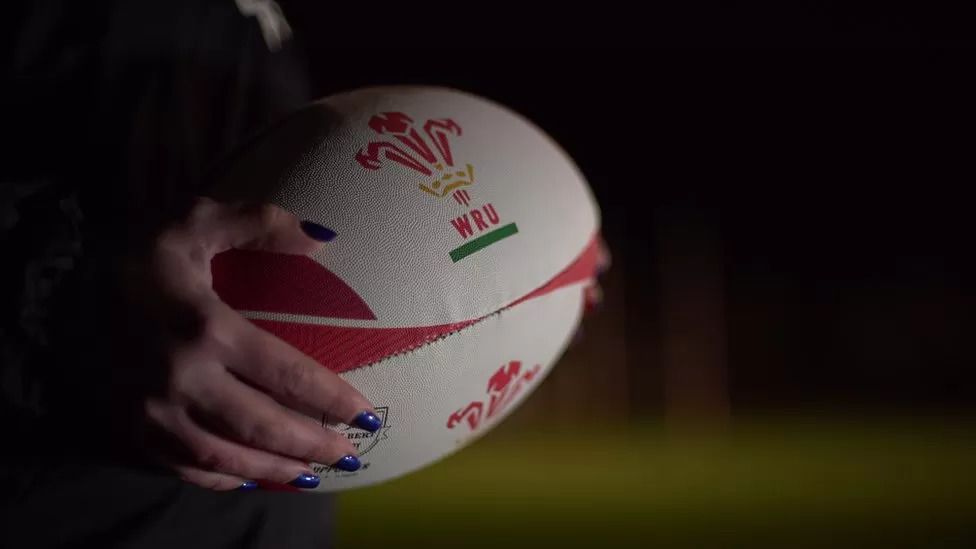 Founded in 1881, the WRU is responsible for running the sport in Wales from grassroots to international rugby

"This is on a level of what's happened in cricket," said the Labour MP for Gower.

"I have great, great concerns about the future of women's rugby in Wales.

"Unless you are a woman and, excuse the expression, but with balls and deep pockets, how on Earth do you take on somebody like the WRU and stand up to them without there being financial detriment, reputational detriment?

"Nobody holds them to account. They hold themselves to account, but they're marking their own homework. So what is the point? How do we know that this scandal now will [not] be resolved?"

It was not just sexism claims against the WRU but the BBC has spoken to two people who say they witnessed the "P-word" being used in an online staff meeting attended by a senior manager.

"A colleague was watching cricket in his living room on silent while on his laptop and the senior manager on the call asked what the score was," recalled witness Marc Roberts, a former manager in Welsh rugby's community game.

"That person used a racist term to describe who was in the lead of that cricket game.

"The conversation was between the manager and the individual who used that word. And nothing was said. I actually brought it up and said that term was unacceptable and inappropriate.

"At no stage did a senior manager, stop and say, 'you cannot use that term that's not an appropriate term'." 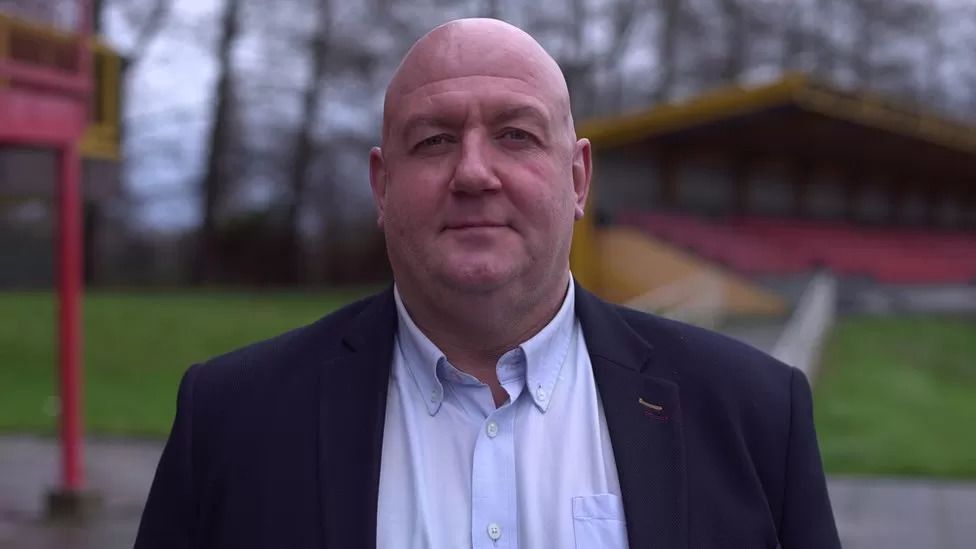 Mr Roberts worked for the WRU for 20 years and said the culture had got worse in the past five years and he had warned bosses about what he had seen and heard from a number of women in the organisation.

He eventually quit the WRU this month.

He said: "I have seen no change in our culture. It's not a culture that likes to be challenged."

The WRU said how sad it was to hear how individuals in this programme felt and it would continue to work with staff to ensure they feel valued and listened to.

The WRU has previously spoken of its commitment to the women's game and last year gave Wales' women players professional contracts for the first time.

'He joked he wanted to rape me', claims Charlotte Wathan