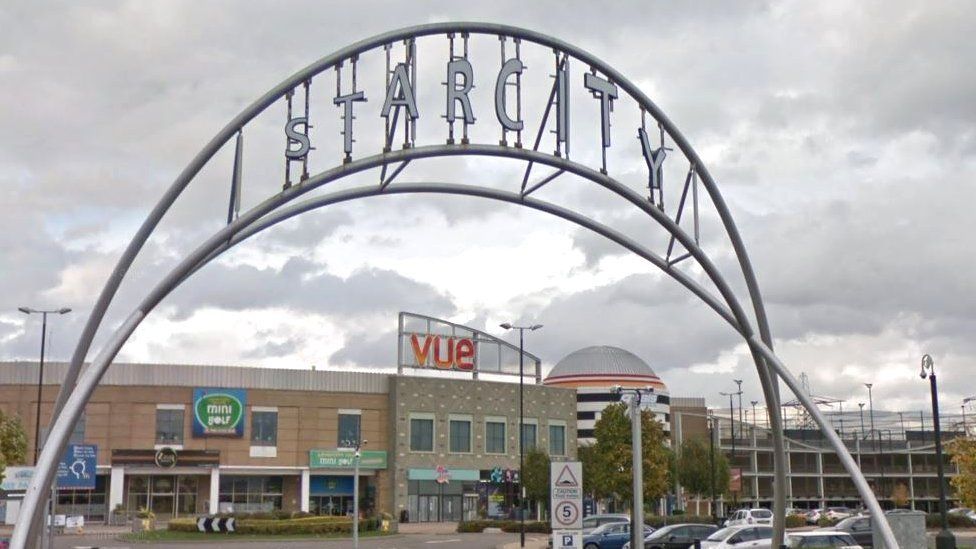 The Vue cinema chain has been fined £750,000 for safety breaches which led to the death of a man who became trapped under a chair.

It was also ordered to pay £130,000 in costs for what Judge Heidi Kubik QC said was "an accident that never should have happened".

Ateeq Rafiq died in March 2018 after he was crushed by a motorised footrest at Birmingham's Star City cinema.

The judge said there had been a "complete lack of a risk assessment".

Mr Rafiq, 24, became trapped after searching for his keys and the father-of-one, from Aston, suffered "catastrophic" brain injuries.

The Health and Safety Executive said the force that came down on him was the equivalent to a weight of three-quarters of a tonne.

And an inquest, which ended in a verdict of accidental death, was told the reclining chair had been missing a bar that would have allowed him to be released by hand.

The inquest jury foreman said there had been "missed opportunities to undertake comprehensive safety checks of the chairs".

"If the seat had been fitted and maintained in the correct manner, Mr Rafiq would not have died," he said.

Vue Entertainment Ltd pleaded guilty in April 2021 to failing to carry out an adequate risk assessment and failing to ensure the safety of visitors to the cinema.

Judge Kubik said: "Nothing I can say can ameliorate the loss suffered by his wife and family.

"It is conceded that clearly a number of members of the public were exposed to the same risk of harm. The complete lack of a risk assessment was a significant cause of the actual harm that resulted."

But she also accepted mitigation presented by the cinema chain and said: "It is obviously positive mitigation on behalf of this company that they have no previous convictions or matters coming before the court. They have a very positive health and safety record."

The prosecution was brought by Birmingham City Council, with the support of the Health and Safety Executive.

Speaking after the sentence, councillor Philip Davis, the chair of the Licensing and Public Protection Committee, said: "As a result of these failings by Vue, a young man who had gone to the cinema with his wife suffered fatal injuries.

"People go to the cinema to enjoy films with friends and family, no-one should have to consider whether their safety is at risk while watching a film."