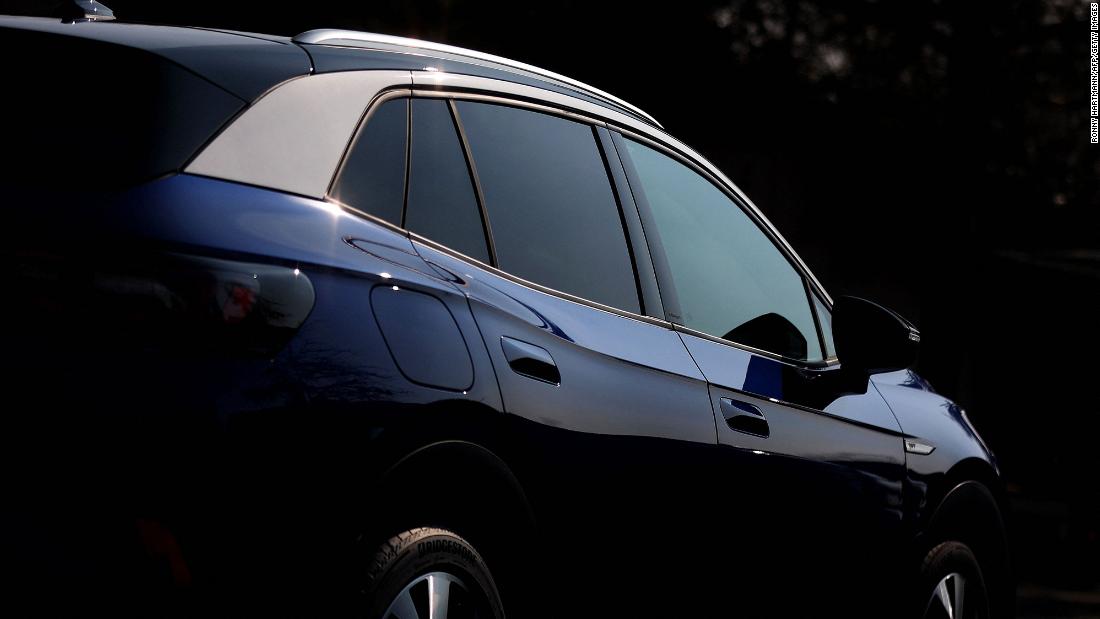 Volkswagen of America says its "Voltswagen" name change was merely a joke "in the spirit of April Fools' Day" to promote a new electric car. But even if it was meant as a lighthearted marketing gag, the move could land the carmaker in some serious trouble.

The situation may have put the company at risk of running afoul of US securities law by wading into the murky waters of potentially misleading investors.
"This is not the sort of thing that a responsible global company should be doing," said Charles Whitehead, Myron C. Taylor Alumni Professor of Business Law at Cornell Law School.

In case you missed it, this week the carmaker entered the spotlight after announcing that, at least in America, it was changing its name to "Voltswagen," and would use the new name in ads and on its electric vehicles. Volkswagen later backtracked and said it's definitely not changing its name and that the whole thing was an April Fools'-inspired marketing ploy.

On Wednesday, it released yet another statement explaining: "Volkswagen of America developed and implemented a marketing campaign to draw attention — also with a wink — to Volkswagen's e-offensive" and the launch of its new ID.4 all-electric SUV in the United States.

But here's the thing: People took the first, untrue statement about the name change seriously.

Wall Street analysts even released guidance about what such a change might mean for the carmaker's strategic direction. Wedbush analyst Dan Ives said in a note to investors Tuesday morning that such a name change "underscores VW's clear commitment to its EV brand," and went on to detail the market opportunity for electric vehicles in the United States, Europe and China in the coming years.

Volkswagen is indeed investing heavily in electric vehicles, but confusion over the name change could prompt scrutiny from the Securities and Exchange Commission or litigation from investors who feel misled by the joke. The Securities Exchange Act prohibits companies from making false or misleading statements to investors.

"It's a great illustration of the power of the media and the need to be really careful about what you say because you can never know what will or won't move a market," said Jonathan Richman, a partner at law firm Proskauer. "From Volkswagen's point of view, this was supposed to be amusing, but one person's amusement might be another person's profit or loss."

Quipping about the status of a business that Volkswagen is positioning as more environmentally friendly also could irk investors, especially in light of the 2015 diesel emissions scandal the company has been trying to put behind it.

"Will the SEC inquire? Well, of course they will," Whitehead said. "It's gotten enough publicity and people are concerned about it and there are issues about whether or not companies should be doing this that I'm sure [the SEC is] going to make a phone call."

A representative from Volkswagen's headquarters said Wednesday afternoon the company had not been contacted by the SEC. The agency declined to comment on the matter.

There is precedent for the SEC taking action against cheeky statements regarding big companies. In 2018, Tesla CEO Elon Musk settled with the SEC for $20 million after the agency said his tweet about securing funding to take the company private at $420 a share — an apparent joke about weed — misled investors.

If the SEC were to investigate the "Voltswagen" stunt, Whitehead said, it would likely look at whether the statement was intended to manipulate the company's stock price or if shareholders would consider a name change (or the fact that the name change was a joke) to be material information. Arguing either claim could be tricky.

"I don't know that simply changing the name, or not changing the name for that matter, is going to be considered material ... I don't think it rises to that level," Whitehead said. "These are all kind of gray areas, which is why a responsible company just doesn't go down this path."

Richman added: "To prove a claim you have to prove intent, meaning that there was a conscious or at least a grossly reckless disregard of the truth here. I would imagine that if this really was intended as an April Fools' joke, it's going to be very difficult to prove that Volkswagen intended to deceive the market."

For its part, Volkswagen of America said it "cannot see any influence on the stock market price as a result of the advertising campaign."

"This was not and is not the aim of the campaign," Volkswagen of America said in a Wednesday statement to CNN Business. "It is a publicity measure in the context of the market launch of the ID.4 and the e-mobility push in the USA."

A statement from Volkswagen's headquarters earlier Wednesday said that the company has also issued April Fools' Day press releases in the past: In 2003, it temporarily renamed the German town of Wolfsburg, where it's headquartered, to "Golfburg" to promote the release of the Golf. And numerous other corporations have carried out April Fools' pranks in the past, too, without raising the eyebrows of securities regulators.

But in the case of the "Voltswagen" statement, "there was nothing to indicate ... that — nudge, nudge, wink, wink — this is really a joke, unlike the other gags that have been out there," Whitehead said.

In fact, the company included some pretty specific details in the name change statement about what the shift would mean, including that it would use "Voltswagen" on the chrome badges on the backs of its electric vehicle. (It's not.) And it didn't help that the statement announcing the purported name change included no reference to April Fools' Day — and it landed two days before the holiday.

As for the timing of the statement, Volkswagen of America said it "had a whole social media and marketing campaign about our e-mobility plans that was due to roll out" between the time of the name change statement and April 1, "when we were due to announce that it was a joke."

Volkswagen's (VLKPF) stock fell nearly 4% on Wednesday in the wake of news of the debacle. And that's no joke.